Breastfeeding is only associated with infants. It is after all hard to imagine an adult doing it, isn’t it? But, just because something is uncommon and not talked about doesn’t make it impossible. Well, not only is adult breastfeeding possible, it’s actually very prevalent.

In history, there are a couple of documented instances about it. Painter Pablo Picasso once said, “Those breasts are most beautiful that give the most milk.” There is an old Roman tale about a woman who breastfeeds her father to save the latter from starving to death.

In present times, people search for it more than you could imagine. The phrase “my husband wants me to breastfeed him” is very prevalently searched for. You’d be surprised to know that in 2017, the number of searches related to infant breastfeeding was equal to that for adult breastfeeding (ABF).

But, openly talking about it is still a huge taboo. It is considered a “freak” thing, some weird fetish that normal people don’t indulge themselves in. But, research suggests otherwise.

“It’s a perfect storm of a fetish because it combines two things that make us, as a society, very uncomfortable. First, there’s the idea that a man shouldn’t be dependent on a woman, that he shouldn’t be vulnerable and a woman shouldn’t be stronger than him.

Second, it’s the idea of a woman sexualizing the thing that’s thought of as the most sacred thing about her body and her femininity,” said sex educator Tonya Jone Miller. 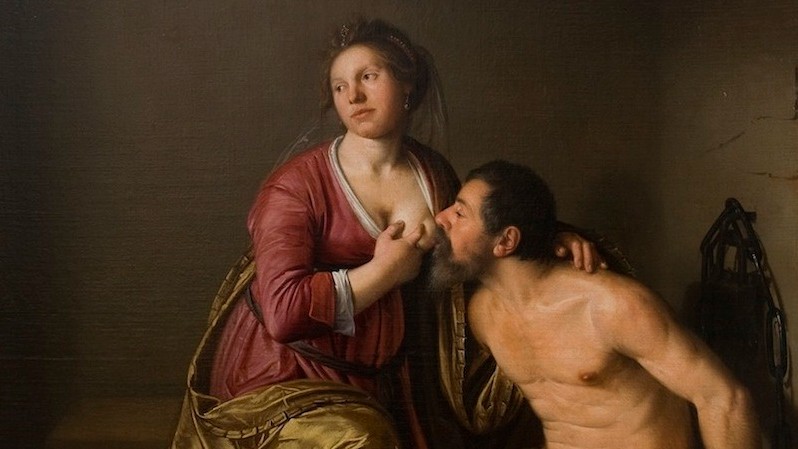 In present times, there are many young men who indulge in breastfeeding and they share their reasons for doing so.

Jay lost his job in 2019. He always saw himself as the financial provider for the family but suddenly, his wife became the sole earner and he was dependent on her.

“One night I just broke down and buried my face in her breasts. She was lactating because we had just had our second baby, and I just naturally gravitated towards her breasts. I have never felt more secure than I did at that moment,” he said.

He turned to breastfeeding to feel comfortable and secure.

Read More: “Don’t Ogle At Us, We Want To Breastfeed” Says This Bold Kerala Magazine

“When she saw me dejected and lost, she held me in her arms. And I just became a child at that moment. Not because I was trying to substitute for the child I could never give her, but purely because at that moment, I was reduced to a child because of my helplessness.

I could only look up to her for succor. Later that night, I sucked her breasts with tears in my eyes. Every time I feel lost, that’s what I do. It’s more therapeutic than sexual,” shares another guy who turned to breastfeeding upon finding out that he is not fertile.

In Japan, there are lactation bars where you get breast milk in shot glasses. Women who are employed there fill those glasses in front of you. Moreover, you can drink directly from their breasts also.

In China, a prostitution ring was busted in 2014. The ladies were paid to feed their breast milk to young adults while their own babies survived on powder milk.

The series for sure sparked an interesting conversation around a taboo topic. Now, you know that it is a practice more common than expected in India and abroad.

Why Do Lingerie Brands Not Make Pretty/Sexy Bras For Big Breasted Women?