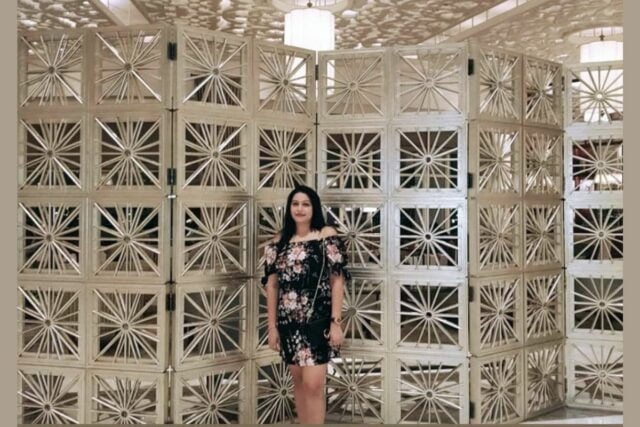 December 17: We found a young girl from Bihar, the country of stupas and monasteries, today who has built a name for herself in the business world. She is a Delhi University graduate with an MBA from Singapore University. Ms Akriti Verma, the founder and director of Renaissance Industries Pvt Ltd.

The idea for AKV Wall Putty was born in 2018. There was a period when India’s real estate investment industry, and hence connected industries, thrived. She had planned to save for two years after getting her MBA when she began AKV Wall Putty.

This little girl hadn’t had it all handed to her on a silver platter. She’s faced her fair share of challenges and setbacks. In 2019, she lost a very strong pillar of strength, her biggest motivation, her mother, while she was only starting the production unit. She was terribly unhappy and melancholy for months after her mother’s untimely death. She was unable to work in both her personal and professional lives. Her body and mind seemed to cease working as she lost her spirit. The loss is unfathomable, yet as the saying goes, life must go on.

She was recently recognised as a young achiever for her tireless efforts in establishing a cement industry. She has also been awarded the most Impactful leader in India. When we asked her where she got her dedication and willpower, she said it all came from her mother.” Even though many people think she was simply a housewife, what I observed was the greatest determination and commitment to her family. Housewives should be crowned because staying at home and managing everything is the hardest job, and all those ladies out there do it with a huge brave grin that hides their feelings from us.”

As a female, she takes great pride in the fact that God has endowed each of us with unique abilities to tolerate and overcome adversity. While a man may feel weak in the knees, every woman on the planet will stand strong in the face of adversity and fight with all her heart.

As a result, Akriti is committed to fostering a friendly and safe environment for women. She is committed to empowering Bihar’s women so that future generations would be better off than current ones. In the next five years, the firm intends to become the leading manufacturer of paints and colours, based on sound management and demonstrable results.

On the personal front, she is a big traveller and possesses a great passion for the same, she has travelled about 26 counties till now. She is into fitness as well; a healthy body keeps the mind active always.

To know more, do google her!

Alakh Alok Srivastava – Entrepreneur and Lawyer behind the PIL that led to Capital...