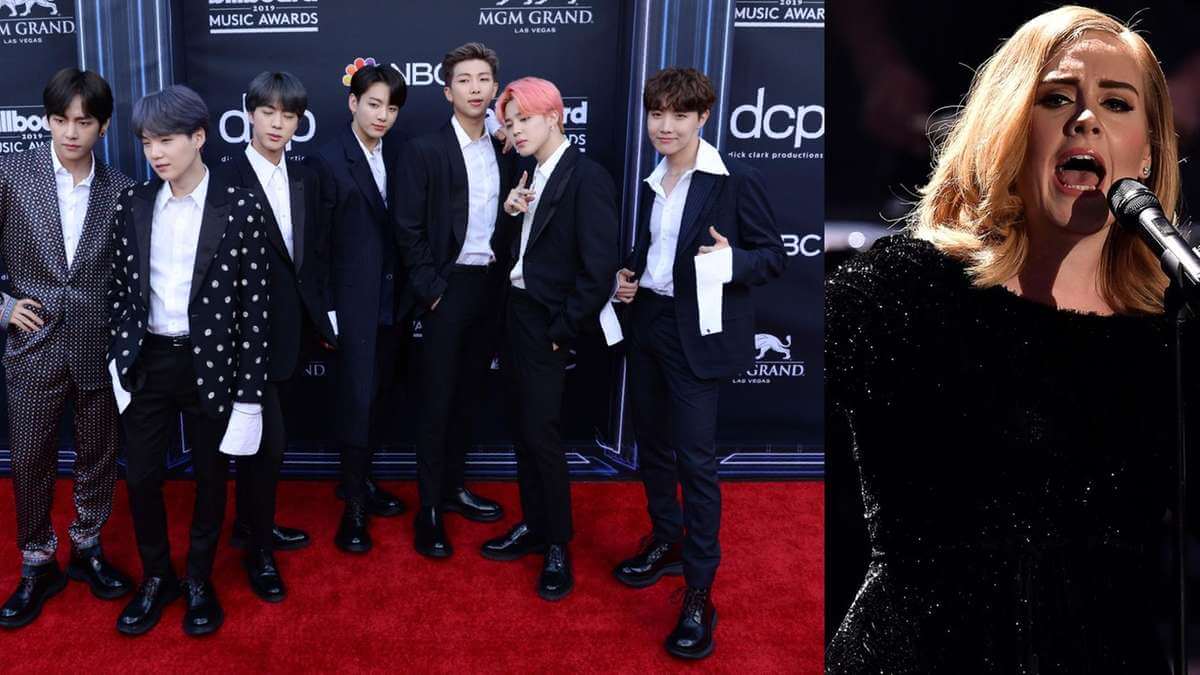 Breaking a record is always something special, however, the significance of it rises, even more, when the previous holder themself was a legend in their own right.

Something similar has happened when news came out how South Korean supergroup BTS’ song “Black Swan” was titled as the song to get the most No. 1 on iTunes surpassing Adele’s “Hello” that had held this record for about 5 years now.

Adele’s song had gotten iTunes No. 1 in 102 countries, while BTS’ song beat this by getting the No. 1 in 103 countries worldwide.

The song had already been charting on various iTunes globally in around 97 countries, but on 6th July it broke through and became the song with the most iTunes #1s than any song in history.

This hardly comes as a surprise though since BTS seems to be breaking some record or another every other day.

Why Is This Special?

Adele’s song “Hello” released in 2015 had made the record first with it becoming the only song to have place No. 1 on iTunes in over 100 countries.

This record was kept for 5 years before BTS broke it with their song “Black Swan” in July this year getting No. 1 on iTunes in 103 countries, just 1 more than Adele’s.

Not only this but they are also the first Asian artists to get this title and are the only artists along with Adele to boast of such an achievement.

Read More: Barcelona’s Opera Held A First-Of-Its-Kind Concert After Lockdown In Front Of 2,292 Plants And No Human

The album itself had debuted at No.1 on the Billboard 200 and with a whopping 422,000 album-equivalent units it too broke many records.

Their recent “Bang Bang Con: The Live” a virtual concert held for their fans also broke the virtual attendance record by having around 756,000 viewers attending the show.

But that is not all, it seems that someone is neck to neck with this record of BTS and giving tough competition to them.

The artist is none other than V aka Kim Taehyung a member of BTS itself, whose song “Sweet Night” a self-composed song for the K-drama “Itaewon Class” OST is tied with “Black Swan” having the most No.1s at iTunes.

Today on 8th July the song currently holds the No. 1 rank at iTunes of 104 countries with Saint Kitts and Nevis being added to the list.

V is now the only male soloist to get such a record and has surpassed Adele as a solo artist to have the most number of No. 1 on iTunes.

The hashtag #FirstSoloistV has also been trending on Twitter since morning.

Congratulations Kim Taehyung for breaking the record for charting a song at #1 on itunes in 103 countries ww and has become the FIRST SOLOIST to achieved this! He just broke Adele’s 5 year old record!

This is not all, because at the time of writing this there are many more such achievements that the band is collecting in their bag.

It is always good to focus on such achievements of a band that is still being considered only as a trend and something to use as clickbait by Western media.

Apparently V’s song has now even surpassed BTS’ song and is now #1 on iTunes in 105 countries with Mozambique adding it too!