After pulling the graph of coronavirus transmission downwards, the Spanish government has finally lifted the lockdown restrictions in the country. So, now the Spanish civilians geared up for kicking the lockdown blues out of their heads.

But, in an unexpected turn of events, an opera house in Barcelona kept humans waiting, and organized its first soul-enriching and mind-healing concert after a lockdown in front of plants.

Plants Made An Audience 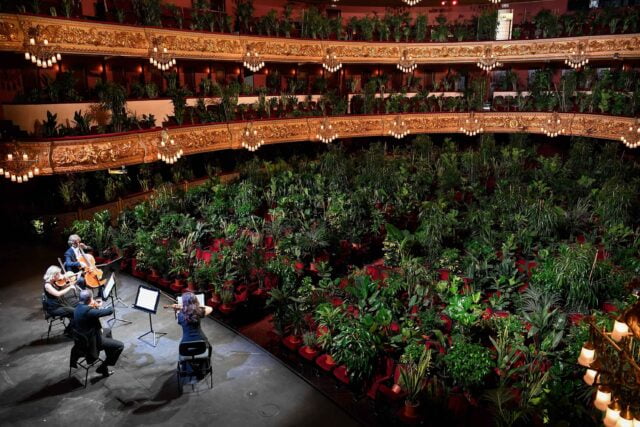 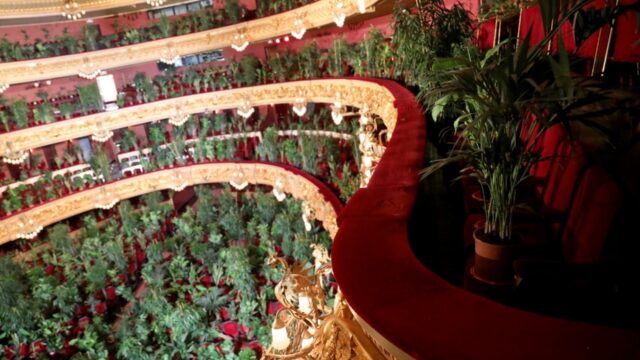 Post a shutdown of more than three months, when Barcelona’s The Gran Teatre del Liceu opera house pulled up its curtains on June 22 and witnessed its first concert, the organizers of the concert pondered upon plants to be the perfect audience.

Henceforth, a whole lot of 2,292 plants were brought from the local nurseries and were later donated to 2,292 health care professionals of Barcelona, along with a certificate. It was done in recognition of their work on the healthcare frontlines.

The leafy audience was entertained by a string quartet (a musical ensemble) named UceLi Quartet who performed Giacomo Puccini’s ‘Crisantemi’ at the concert. 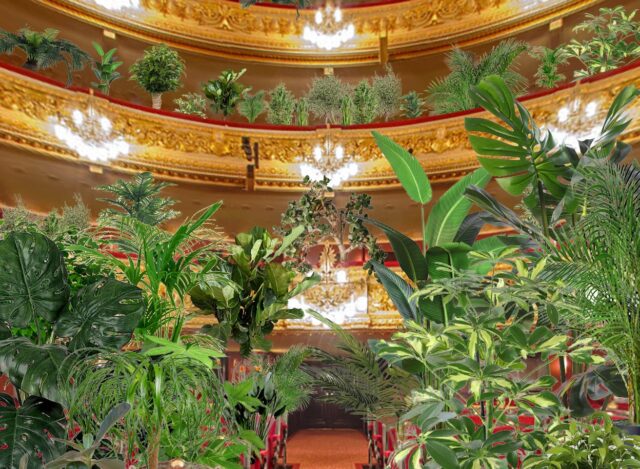 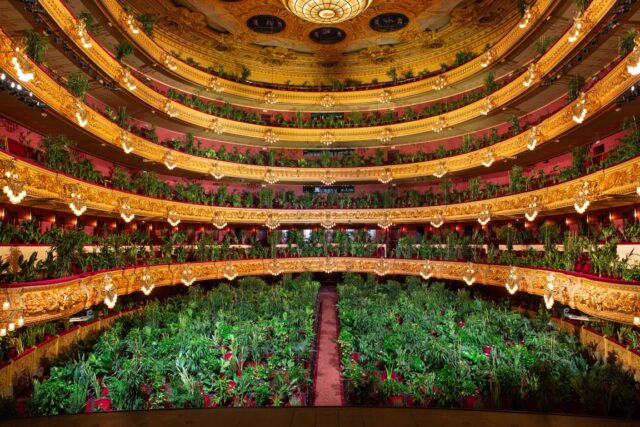 Spanish artist Eugenio Ampudia, Max Estrella Gallery of Madrid, and the Liceu opera house itself were the minds behind this first-of-its-kind and unique concert.

“After a strange, painful period, the creator, the Liceu’s artistic director, and the curator Blanca de la Torre offer us a different perspective for our return to activity, a perspective that brings us closer to something as essential as our relationship with nature.” a statement released on the website of the opera house. 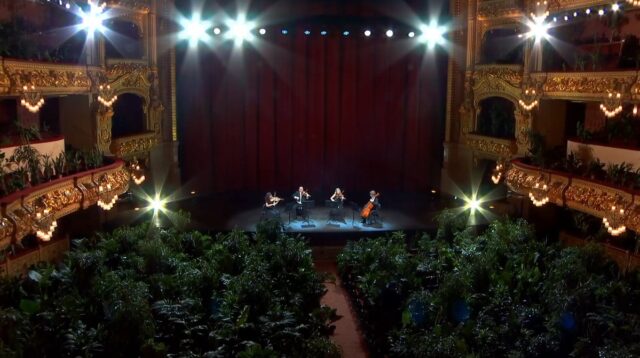 The opera house further defined its special concert as a highly symbolic act that defended the value of art, music, and nature as a letter of introduction to their return to activity.

Favour On Humans Too

Though no human was invited to attend the special concert at the opera, the entire program was streamed online on the YouTube channel of the Liceu opera house.

The live streaming was viewed by more than 68,400 people and was showered with appreciation from all over.

Attending the concert virtually might not be unusual for the opera fans. That’s so as during the COVID-19 restrictions, artists and performers throughout the world resorted to various digital platforms for performing and reaching their audience. Virtual performances ensured social distancing and entertainment.

For the next time, we hope the Liceu counts its human audience in and serenades it too.

Here’s How You Can Experience The BTS ‘Love Yourself’ Concert Movie If You Couldn’t Watch The Film: LivED It