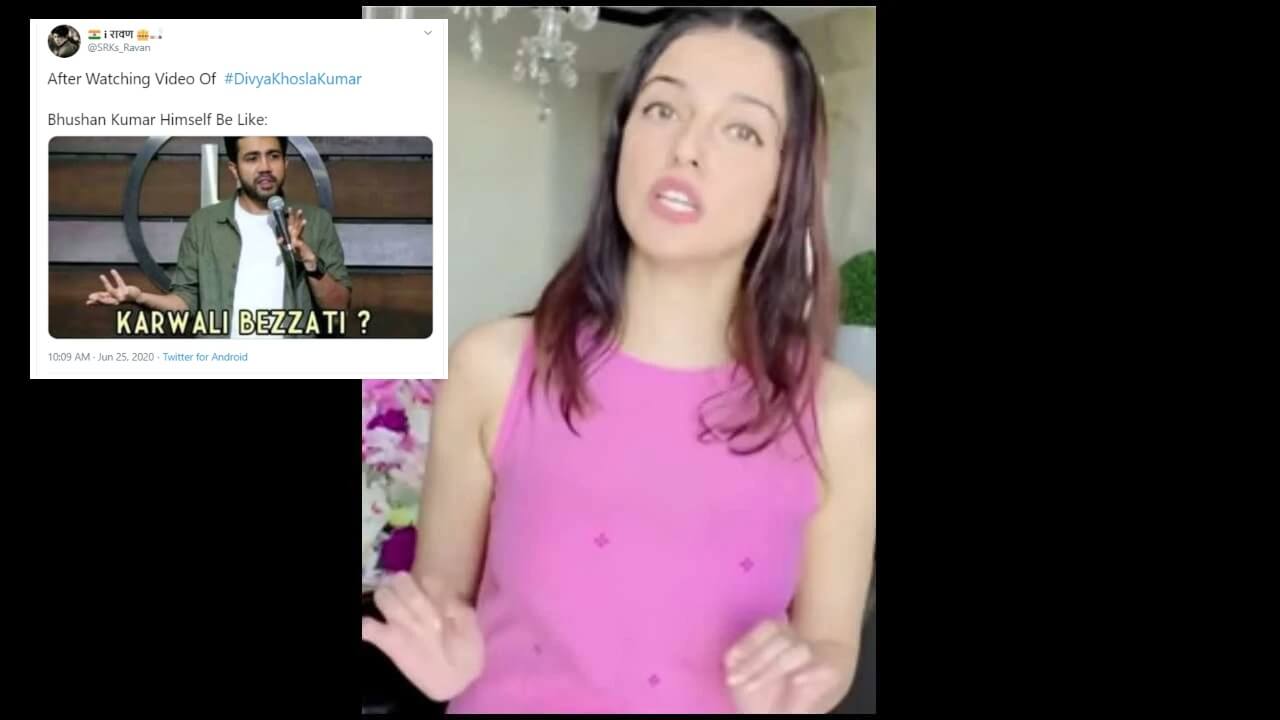 A few days back Sonu Nigam went viral after posting a video calling out music companies and asking them to be more compassionate when dealing with newcomers and struggling artists.

Now in a fiery retort Divya Khosla Kumar, wife of Bhushan Kumar, Chairman of T-Series, has accused Nigam of being thankless and trying to start a campaign against T-Series.

The reaction to this video though is probably not the kind Ms. Divya had in mind. Since instead of getting applauded and praised over it, her video has been excellent fodder for online meme-makers.

Many have taken offence to her video, since T-Series is one of the biggest music companies in India and certainly is not without its faults.

What Did Divya Say In Her Video?

On 24th June, Divya Khosla uploaded an over 11-minute video on her Instagram profile.

In it, she proceeded to call out Sonu Nigam for his own video where he had talked about how music companies in India would lobby and monopolise their power to get what they wanted.

She started the video by saying, “For the last few days Sonu Nigam has been running a campaign against T-Series and Bhushan Kumar ji. T-Series has helped thousands of creative professionals who are outsiders, not linked to industry, music directors, singers, actors, directors. I have myself given a chance to newcomers. Four of them – Neha Kakkar, Rakul Preet Singh, Himansh Kohli and composer Arko have grown and found success.”

She also alleged that Nigam has relations with Abu Salim when she stated, “I want to ask something now, Sonu Nigam ji, why would Bhushan ji come to you to save himself from Abu Salem? I want an investigation. Was there a link between Abu Salem and Sonu Nigam? Yes, definitely there was. That’s why Bhushan ji went to him for help. Sonu Nigam himself said in his video that Bhushan ji had come to him for help.”

Not only this but she also talked about how Nigam’s own wife had made some accusations against him.

This I believe was a video that didn’t really make much sense. Dragging Nigam’s wife into it is not ethical in any way.

Also, Sonu Nigam in his video never named any companies, all he asked for was that Indian music companies be a bit compassionate and understanding of struggling artists and not try to create more obstacles for them.

Twitter’s Reaction To It 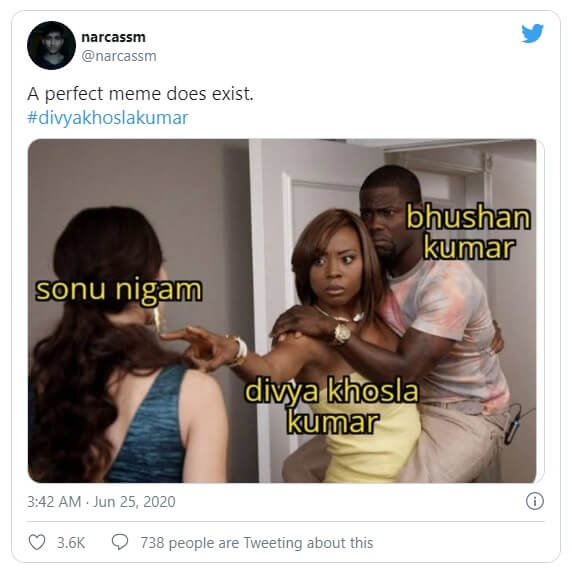 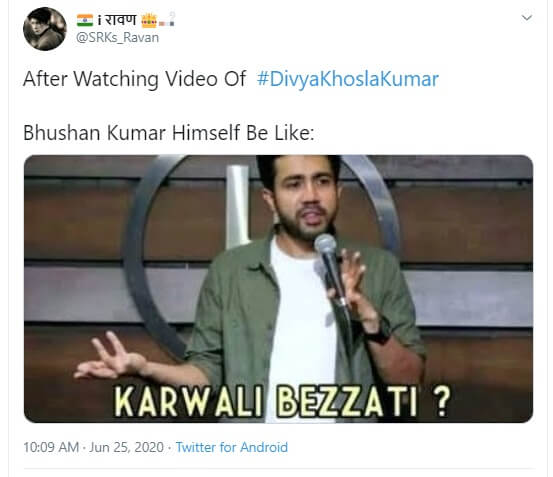 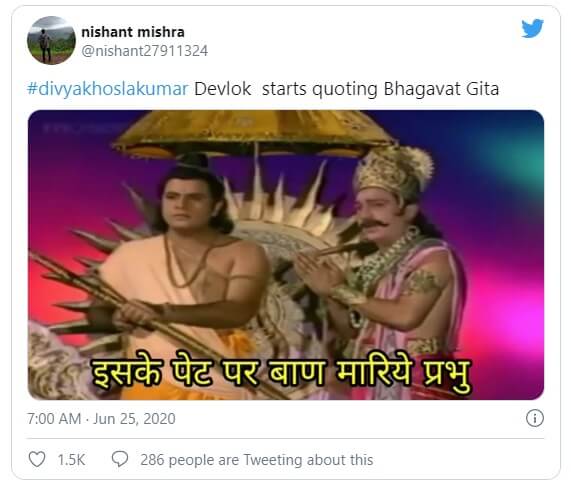 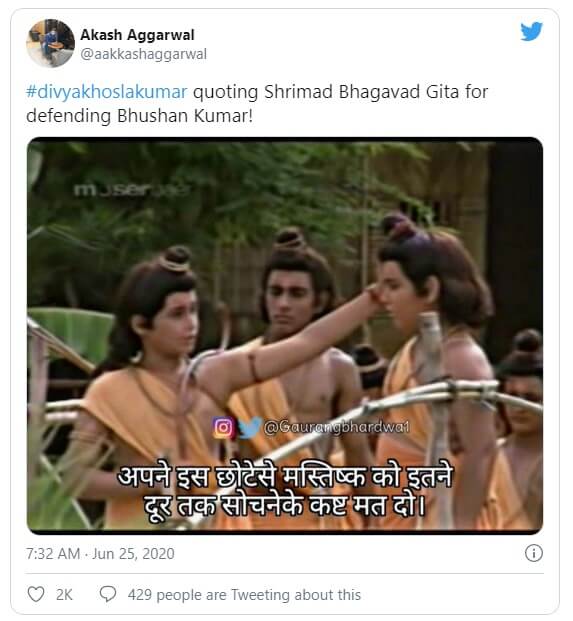 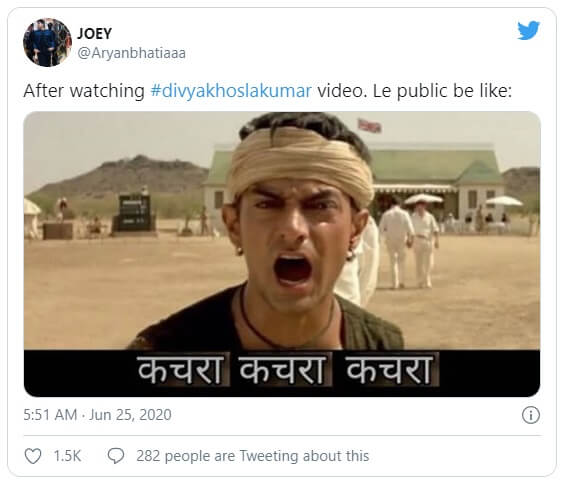 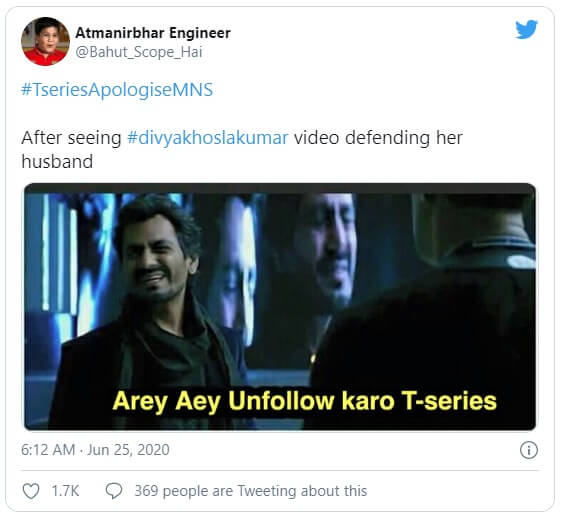 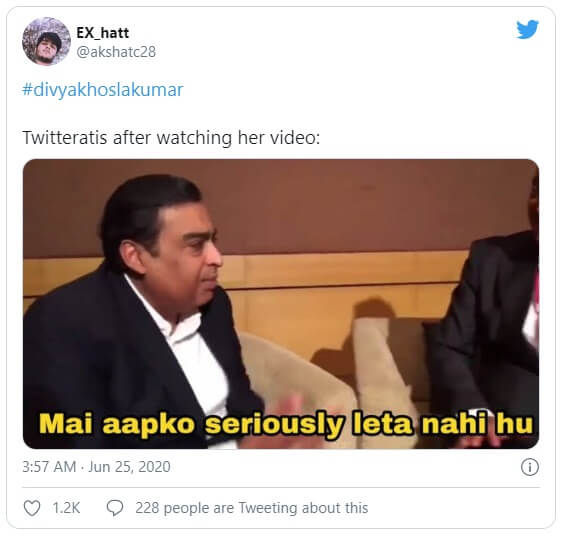 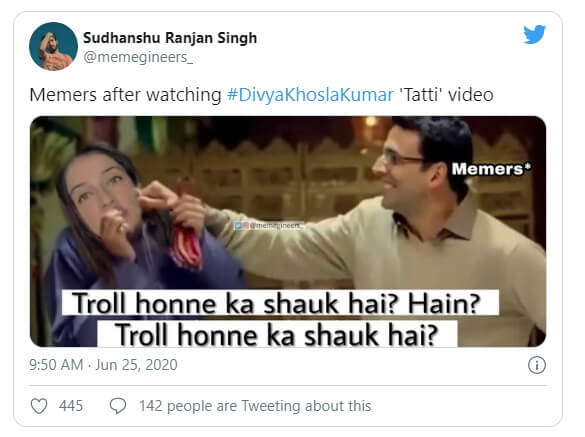 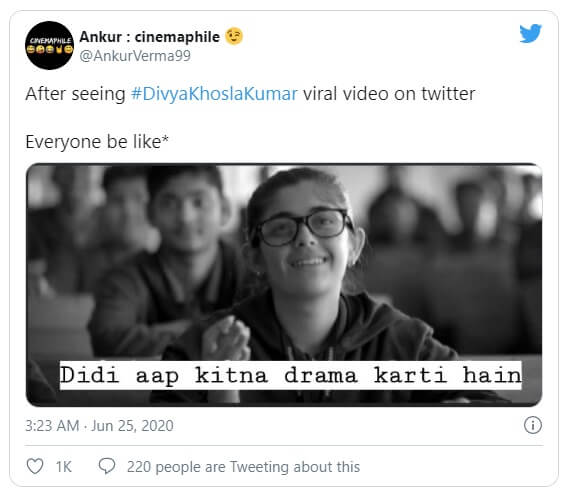 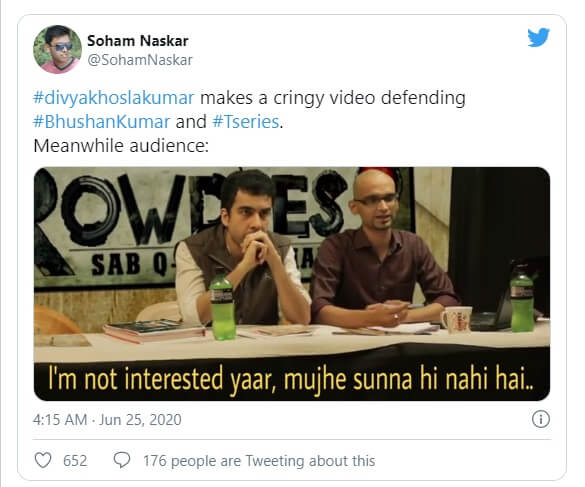 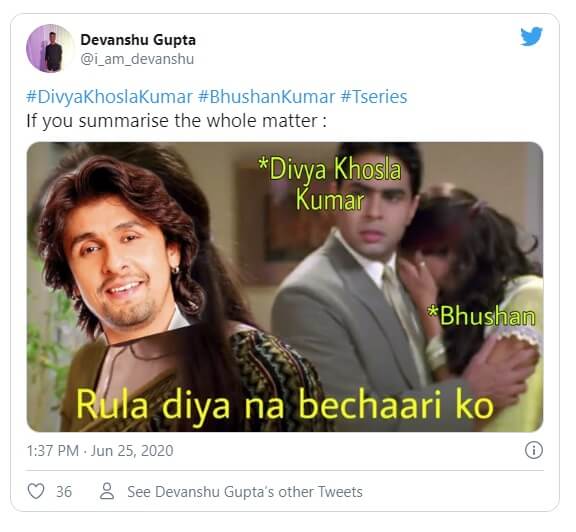 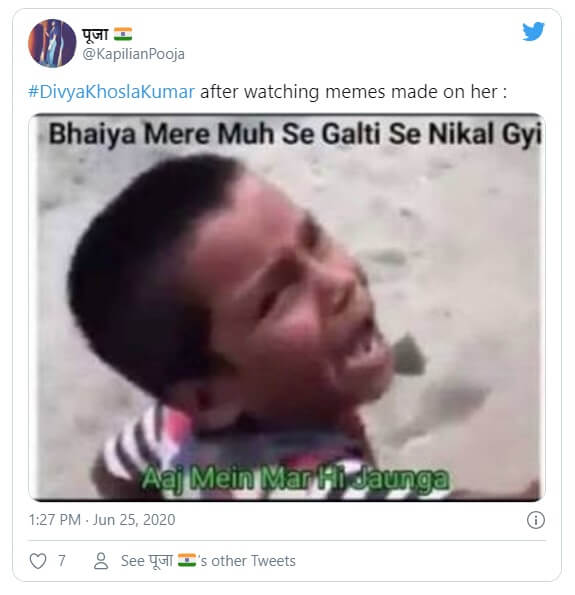 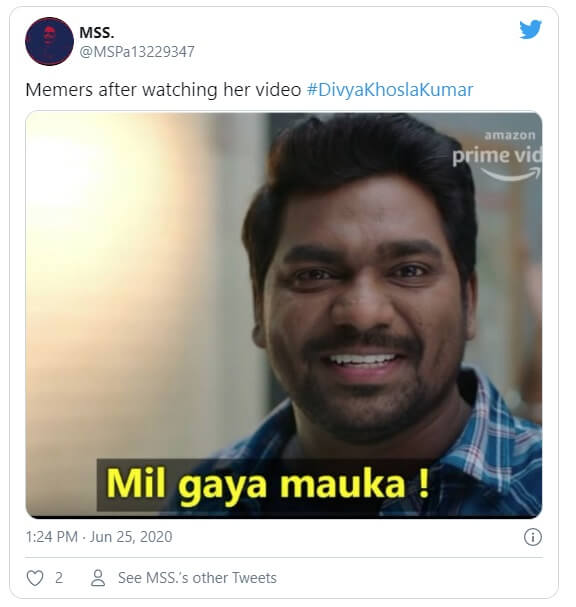 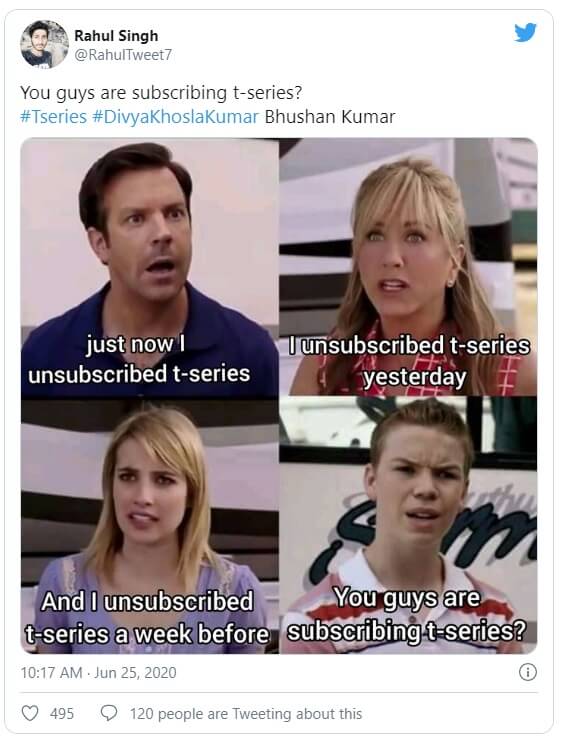 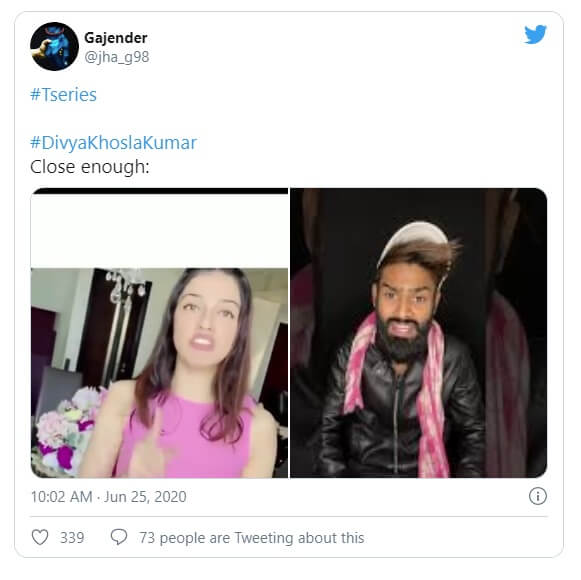 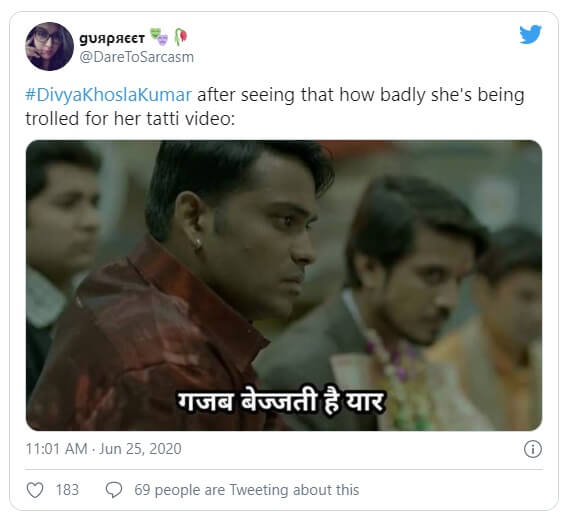 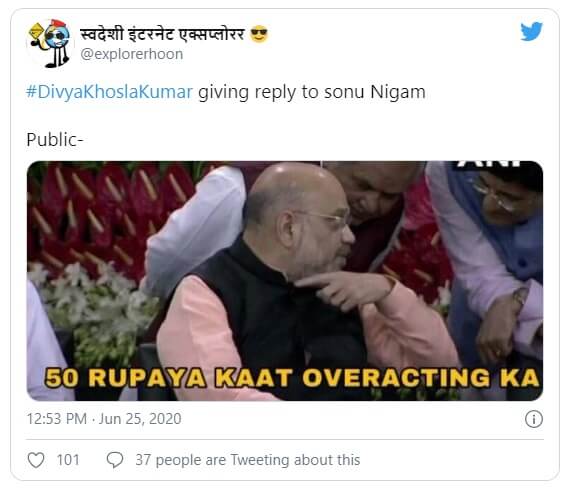 In fact, Sheru the cook who appeared in the video, has found his own fanbase among the Twitteratis. 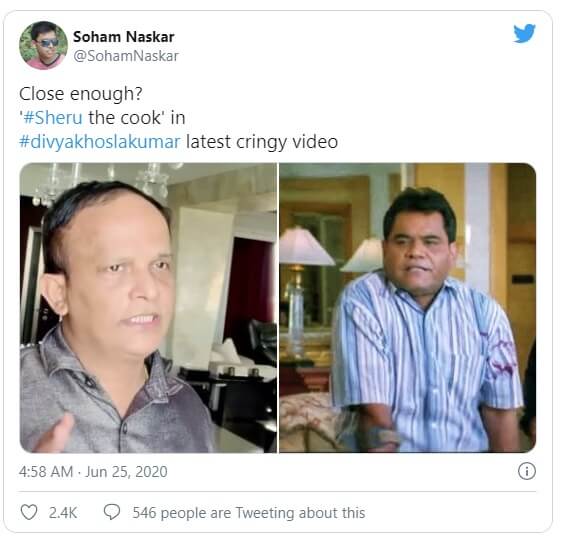 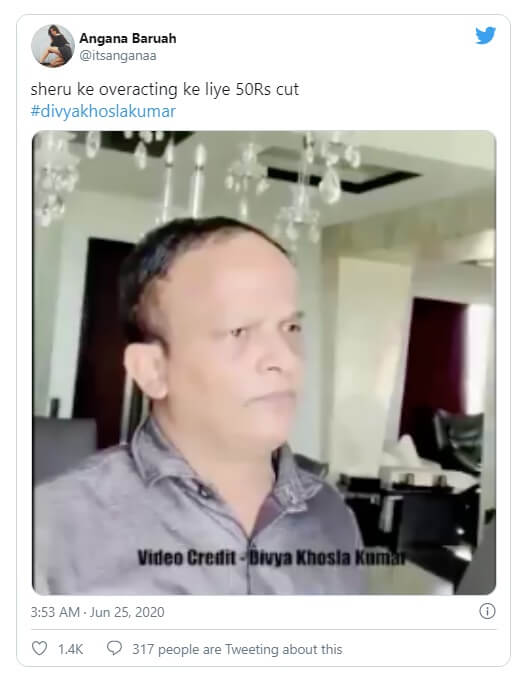 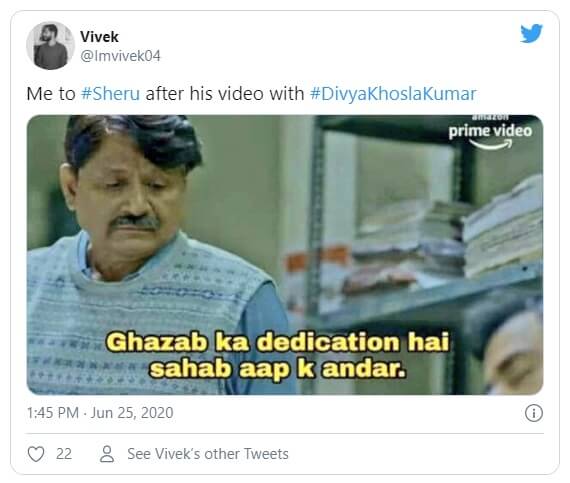 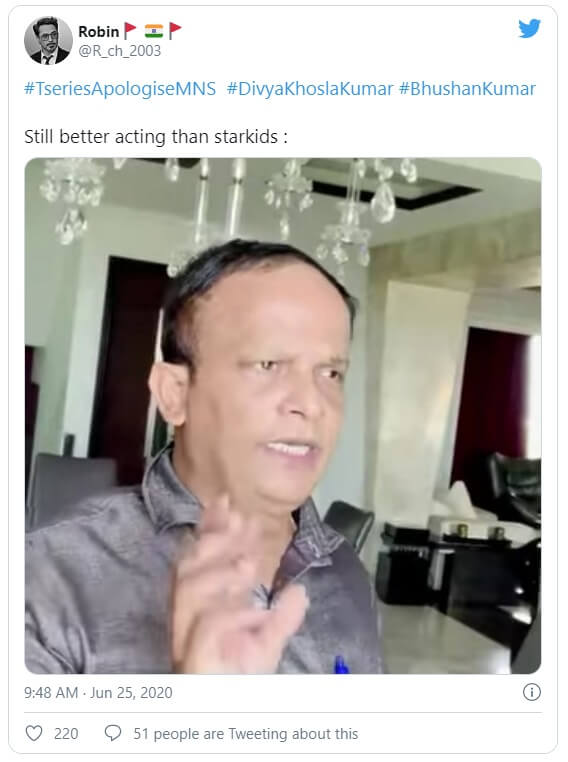 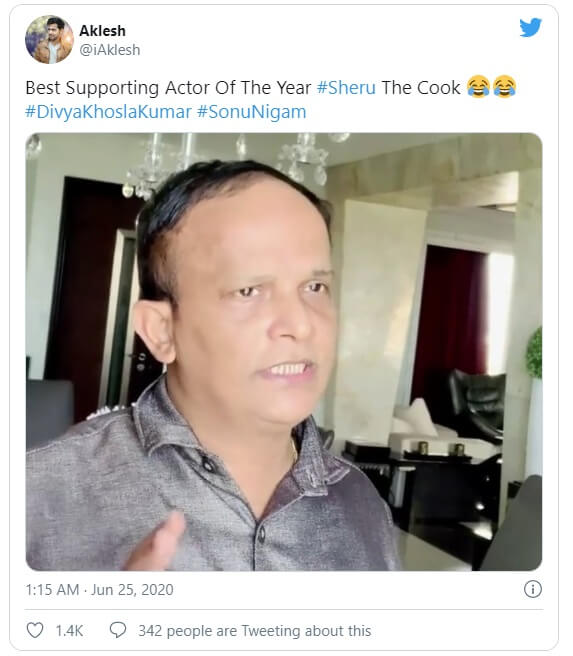 Do you agree with what Divya Khosla has said in her video? Or is it just good for the memes? Let us know in the comments below.

“Thoda Easy Ho Jao,” After Dabangg Director, Sonu Nigam Suggests At Salman Khan Being A Part Of The Music Mafia