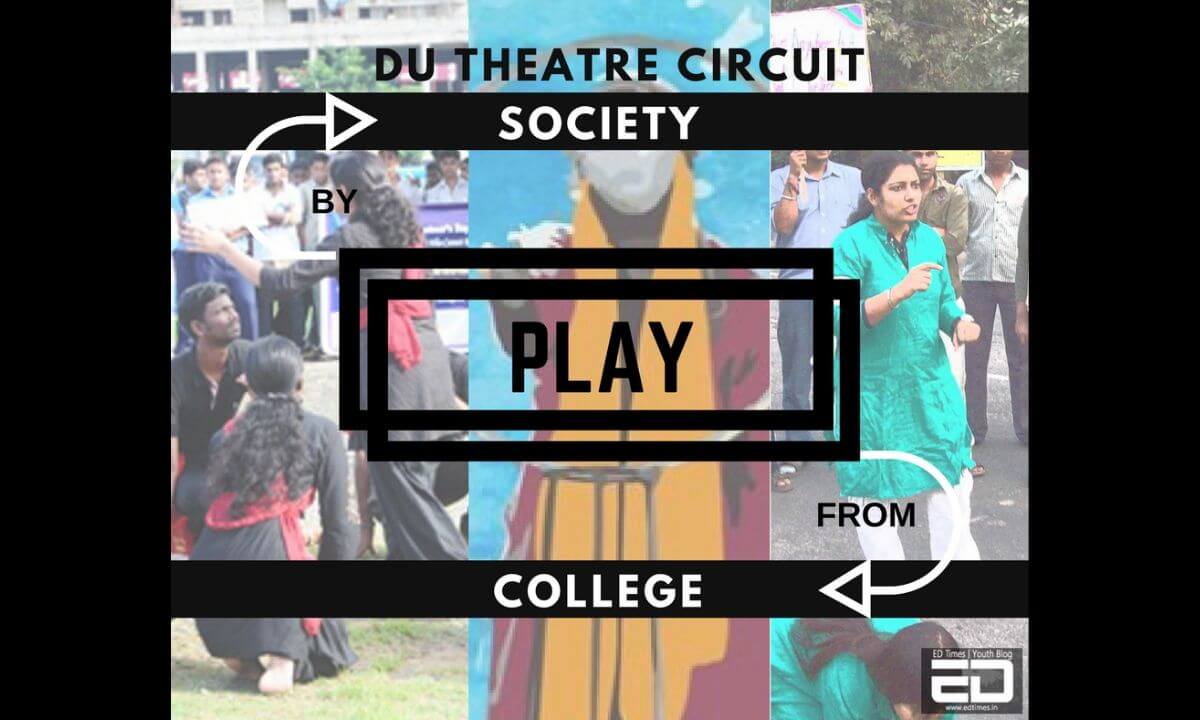 Theatre is the forte of Delhi University. No other university circuit seems to have mastered the art of nukkad natak and stage play as much as the DU theatre circuit has.

The history of the DU theatre circuit is very rich. The inception of the first ever theatre society goes long back. The circuit has given birth to theatre groups like Jazba and artists like Imtiaz Ali, Manoj Bajpai, SRK to name a few.

In all these decades of amazing productions by students year after year, the circuit has also given birth to various startups and youtube entertainment channels.

So, here take a look at some evergreen street plays a.k.a nukkad natak that DU theatre circuit has given us.

Some of these act as inspiration or benchmark to all the newbies/freshers who join the scene!

Manchatantra, the theatre society of Sri Guru Gobind Singh College of Commerce beautifully depicted a ‘chidiya’ ki kahani (story of a bird) to talk about the system. Catch them live sometime when they take you back to the memory lane.

Vayam, the theatre society of Shivaji College is one of the best societies the circuit has got till date. ‘Janwar Na Maan‘ depicts the plight of tribals as they continue to be treated as ‘animals’. Natuve, the theatre society of Shaheed Bhagat Singh College (Morning) portrayed the Jadwa tribe and its issues via a beautiful nukkad natak which is remembered till date. Et cetera, the theatre society of GTBIT is known for it’s intelligent and humorous portrayal of the complex system of the country. Pyare Lal Toyshop shows how we are turning into machines day after day. Also, read: Street Plays Are Not Useless ‘Nautanki’ For Nothing, It’s About Time The Art Form Is Respected

Shunya, the theatre society of Ramjas College in their nukkad natak showed our ‘rakhwaale’ and their issues. Ibtida, one of the oldest theatre societies of the circuit was started by the god Imtiaz Ali himself. ‘Zaroorat Kya Thi’ is an irony on the system. Jazba the theatre society turned group originated from Ramanujan College. Bhook is one of their most renowned plays. As the title suggests, it’s about hunger and other issues interrelated. On that note, happy performing/watching y’all.

Know of any plays that we should add to the list? Get in touch with me via comments or my social handles!