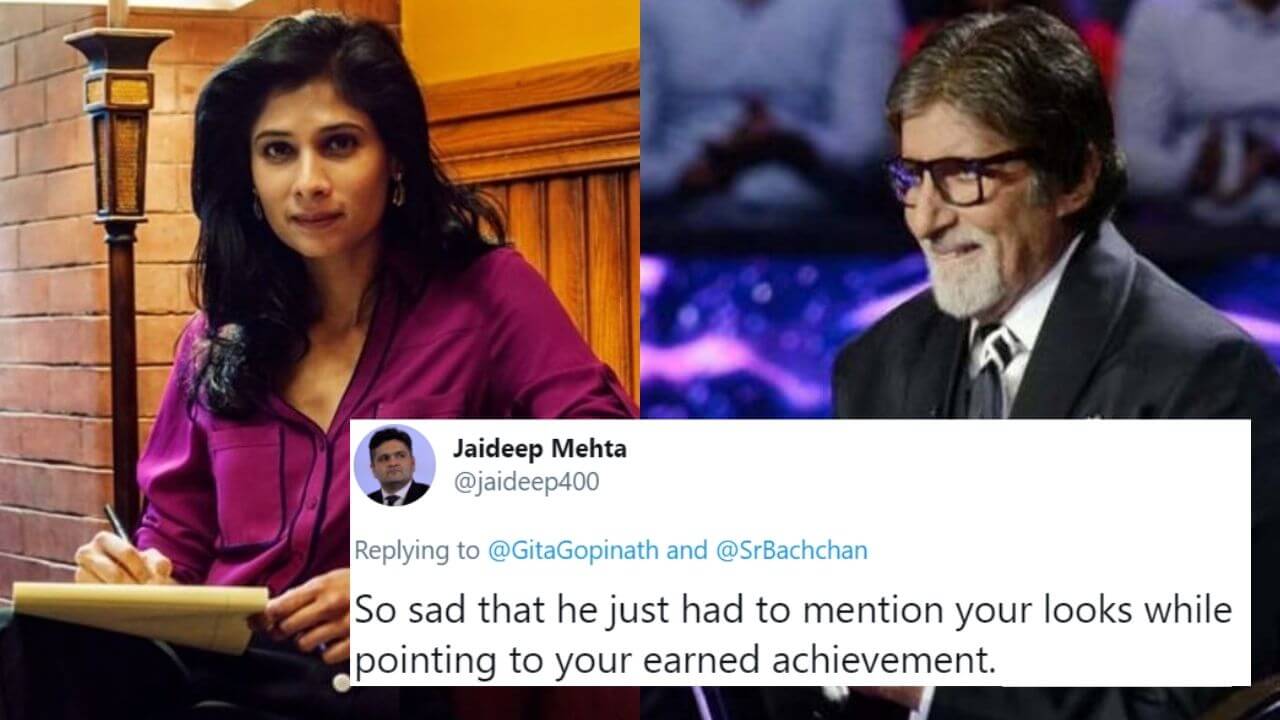 Sometimes, the world of social media really confuses me. It is so incredibly easy for anything to catch the wind and become viral to the point where thousands and thousands of people are all talking about it.

In some cases, this is extremely important, when certain authorities and powers are trying to conceal something and hide it. In those times, social media can become a place where people from all around the world can raise their voice and fight back.

At the same time, sometimes it is interesting to see the kind of thing that becomes big, ones that didn’t really have anything that harmful within it.

A similar thought crossed my mind when I saw that Amitabh Bachchan was all over my social media today regarding a clip of his going viral.

It all started when Gita Gopinath, the current Chief Economist of the IMF (International Monetary Fund), posted a clip on Twitter.

Ok, I don't think I will ever get over this. As a HUGE fan of Big B @SrBachchan, the Greatest of All Time, this is special! pic.twitter.com/bXAeijceHE

In the clip, Mr. Bachchan asks the contestant, “The economist seen in this image has been the chief economist of which organisation since 2019?”

An image of Ms. Gopinath is then shown, to which Mr. Bachchan comments “itna khoosurat chehara hai inka, economy ke saath koi jod hi nai sakta” in Hindi which translates to “Her face is so beautiful that no one can relate her to economy.”

This apparently did not sit right with some people, who called out Mr. Bachchan for being sexist and tone-deaf.

Their argument is that this just reinforces the old stereotype that women can’t have brains and be pretty at the same time or how pretty women cannot be smart.

Read More: KBC Asks: “Which One Of These Film Stars Has Alia Bhatt Not Yet Kissed On Screen?”

Is The Anger Warranted?

On one hand, I can understand why and how some people might be feeling bad about Mr. Bachchan’s comments.

And genuinely, if someone has been legitimately hurt by his words that’s a different thing and I would not want to undermine their feelings in any way.

You have to admit the comment was a bit strange and kind of unwanted at that. It could also be a reflection of certain stereotypes we attach to various professions.

Haven’t we all made lighthearted fun of those typical food bloggers or influencers etc. at some point or another?

So sure, one can say it was not the most thought-out comment, but inherently, it’s not the worst out there.

More than anything, it is quite an old person type comment, things that our elders often say that don’t really suit the current social climate but are not exactly negative in meaning.

My first thought after seeing the clip was just a short burst of laughter because it seemed more silly than actually offensive.

Women and even men or people from the LGBTQ+ and such communities have certainly heard much worse comments than this.

For that matter, I was also fully in agreement with the anger against that Alia Bhatt question asked in KBC itself, some time back. Now that was quite offensive and surely something that needed to be spoken against.

The thing I cannot wrap my head around is the people getting angry over it. It is at best a silly remark, that doesn’t need someone to call Mr. Bachchan stupid or any other names or lose your cool over.

Did his words hurt you in some way? Let us know in the comments below.