Home Social Opinions Beach Turned Into A Graveyard Overnight By Activists In Anger For Brazil’s... 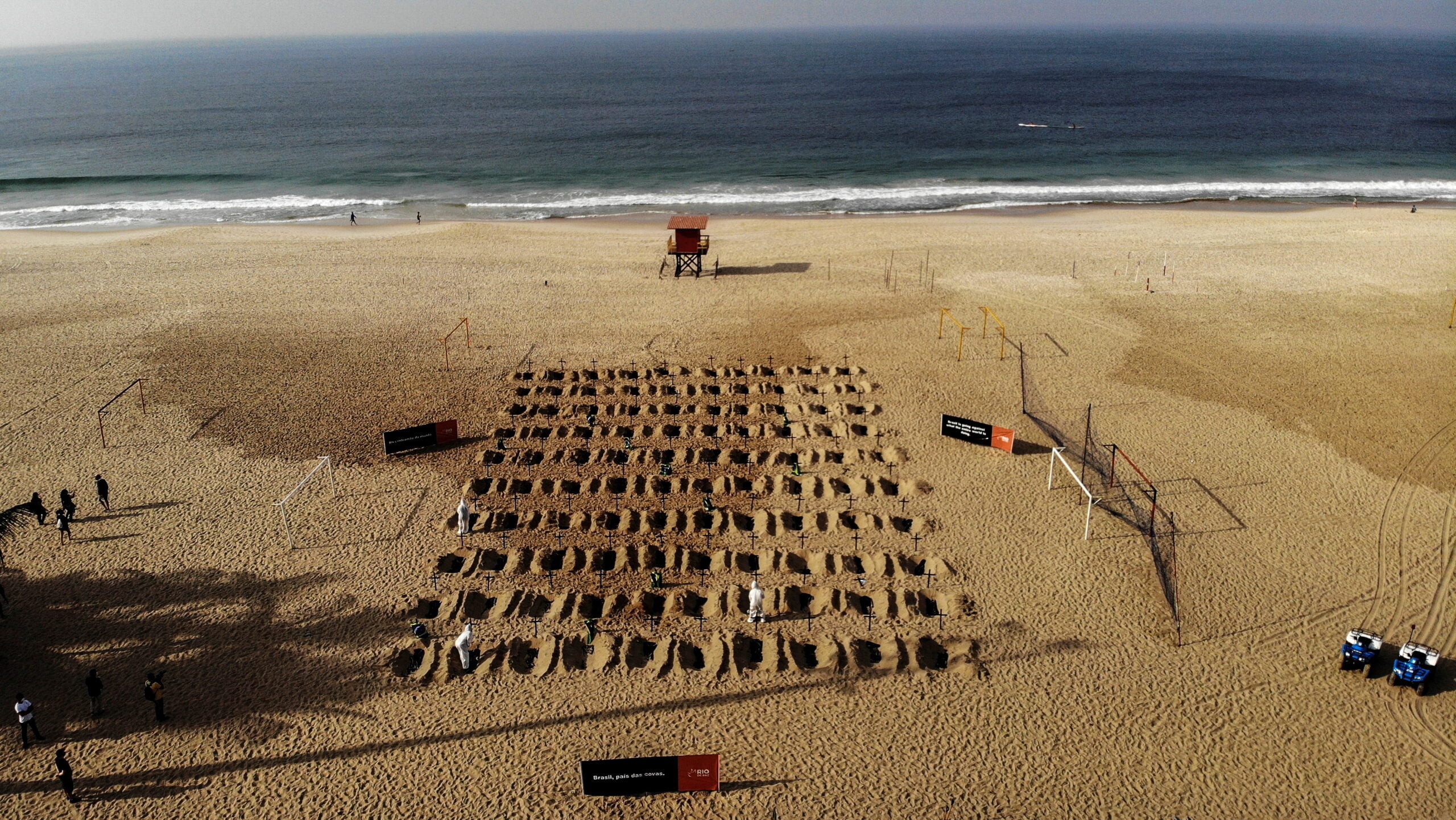 After the world has been hit hard by the coronavirus, the nations are trying to get back to normal life. But it is not as easy as it may sound. Only New Zealand has been successful in curbing the spread and has become the first coronavirus free country.

However, the New Zealand population is equivalent to 0.06% of the world population which is even less than New Delhi’s population. Maybe, such a huge population has confined India from flattening the curve.

Unlock Or A Trial By The Governments

Most of the countries have partially removed lockdown including India because the GDP curve of countries got flattened instead of the coronavirus curve. There was no other option left but risking a lot of lives at the cost of the economy.

After Unlock 1.0, India has started reporting 50,000 cases per five days and has become the fourth country with the highest number of cases. 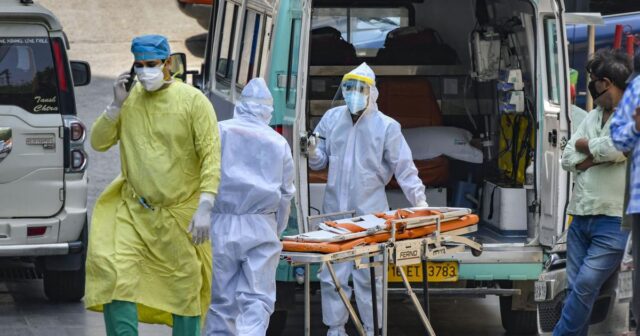 There are also countries that have managed to keep the number of cases low despite being densely populated like Hong Kong, Singapore, Tanzania, and a few more. They have also resumed their entertainment services.

The famous Hong Kong Ocean Park has been reopened with 25% of visitor capacity. Greece is ready to welcome tourists, and countries have reopened public beaches, leisure facilities and hotels for domestic tourism. 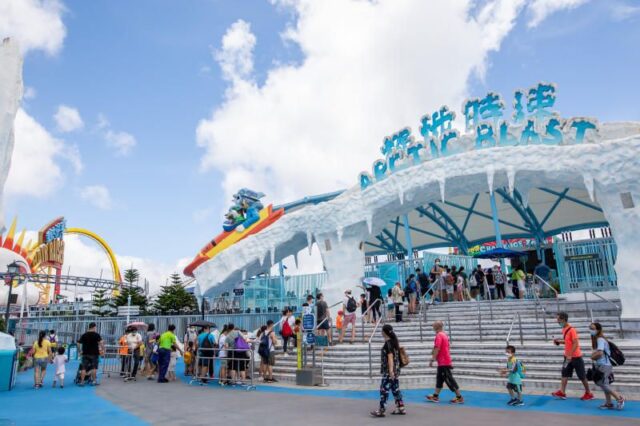 Mexico is gradually reopening to tourism with social distancing measures to prevent the spread of coronavirus. Foreign visitors have started to dribble back to Mexico’s Caribbean coast.

Barcelona in Spain has allowed its residents to enjoy at the beach. People can sunbathe, play sports, and enjoy the seaside with fewer restrictions. Customers in Barcelona and Madrid are being allowed to eat and drink in bars and restaurants. 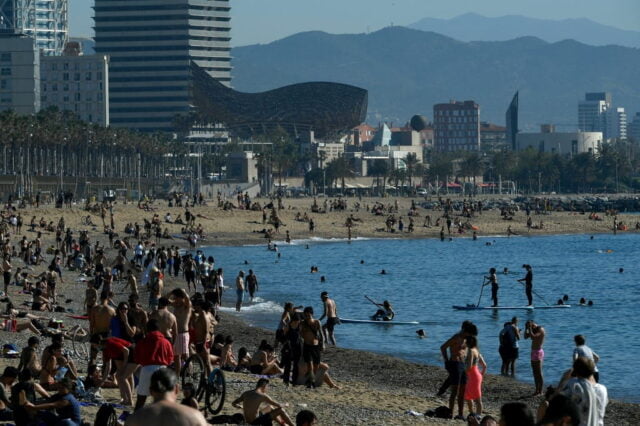 What Is The Case With Brazil?

Brazil, with the second-highest number of cases, was expected to deal with the virus responsibly but it reopened Copacabana beach just after taking over Britain as the second-highest coronavirus infected country with more than 800,000 confirmed cases.

Ignorance is bliss, as they say, or is it for Brazil? The number of deaths in Brazil has also hit the 40,000 mark.

The residents have lashed out at the government as the nation struggles to cope with the sheer number of deaths from COVID-19.

Dozens of volunteers of Rio De Paz NGO dug hundreds of graves on the nation’s most iconic Copacabana beach in Rio De Janeiro to symbolize the terrifying death toll in Brazil. 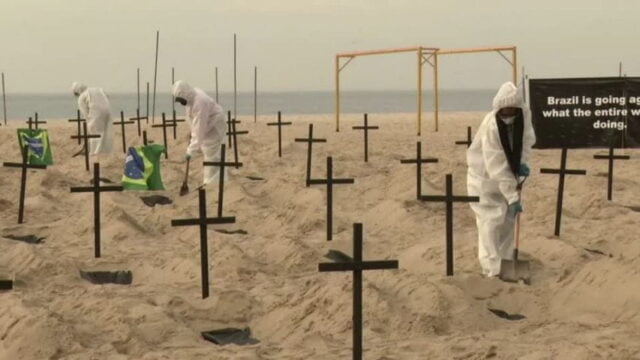 The holes were dug in the sand in front of the Copacabana Palace Hotel and entombed black cross besides every hole decorated with small Brazilian flags which turned the beach into a graveyard overnight.

The activists did this to remember more than 40,000 people who have died and as a protest against the government.

According to Yahoo News,

“The Copacabana grave digging was to denounce what they called the ‘incompetence’ of public authorities in handling the pandemic”. 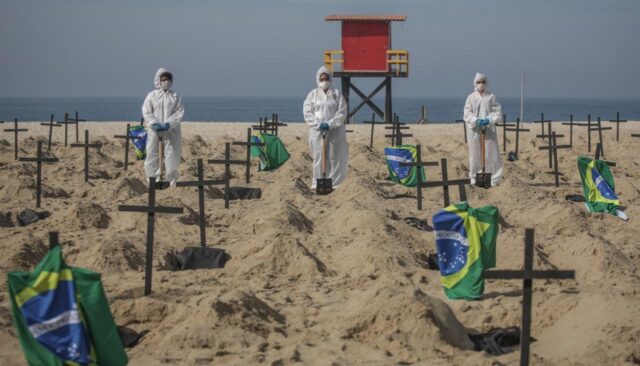 The founder of Rio De Paz, Antonio Carlos Costa said that followers of Brazilian President Jair Bolsonaro taunted activists as they dug, with one man going as far as to rip the crosses out of the mock cemetery ground.

But then a grieving father who had lost his 25-year-old son came out from among those watching the vandalism and re-erected the crosses and shouted, “Respect the pain of others”.

Coronavirus Is Not Just “A Flu”

COVID-19 has certainly proved that it is a matter which needs to be dealt with intelligence and responsibility.

Underplaying the threat that the virus poses to society may confirm its existence for a long time. Governments need to establish serious reforms in order to refrain the virus from spreading.

A mindset like Jair Bolsonaro, who repeatedly attacked social distancing measures, called them poison, and said a weakened economy could kill more than a virus itself can surely make any country the second highest with active cases and deaths.