Dubai, UAE – The young entrepreneurs, Monir Islam and Moyn Islam, from a humble working-class community in the UK, have tackled some of their lives’ most difficult circumstances. From falling trap to being victims of one of the world’s biggest scam histories, now, they are helping people to avoid being a victim to scams. 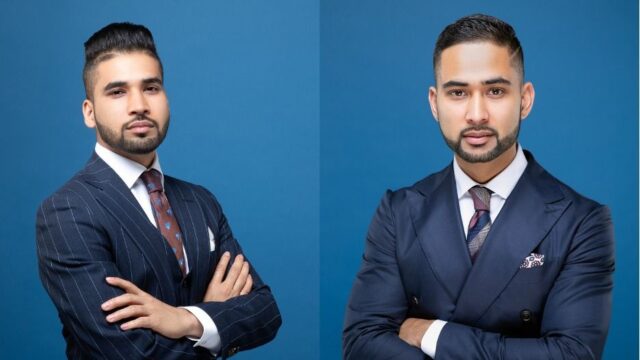 Early on, Monir Islam and Moyn Islam – like any other commoner – did the odd jobs, lived the hard life to later build a career in the network marketing industry. Life isn’t always perfect, but for the youngsters ‘Entrepreneurship’ was everything they deemed to pursue. With the steady rise of cryptocurrency around 2015, Monir and Moyn, just like everyone else, were got introduced to this new investment opportunity through some friends.

In 2016, almost two million people worldwide were involved with OneCoin, which was poised as the next biggest digital currency phenomenon after Bitcoin. A company with such unmeasurable credibility, including audit documents on cryptocurrency, the mining firm, banking with big banks, and OneCoin Mastercard, events at ‘The Economists Fourth EU Summit’ in the presence of world leaders’ and whatnot. OneCoin’s vision was to become better than Bitcoin—ideally to bank the unbanked. Monir and Moyn trusted that they could be part of a revolutionary movement in the FinTech industry, they made their meagre investment.

Later they introduced two other people from their close circle. Then those two introduced five more people who also wanted to invest in OneCoin, who later became pivotal in bringing about 700 people in the team.

Things were perfectly calm, just as before the storm, one would say.

In less than a year after investing in OneCoin, the young brothers saw a red flag. The company decided to go for Initial Public Offering (IPO) instead of making the coins public. At the first red flag of a scam, Monir and Moyn were left with two choices—to stay silent or voice out to at least stop one more person from being scammed—they pursued the latter simply because it was the right thing to do.

What ensued next dragged the brothers to the lowest points in their life; when an individual from one big media agency in the UK wrote a biased and misinformed news story about their exit from the infamous company.

The news incorrectly portrayed them as co-conspirators and even co-founders of OneCoin while they were just like any other investors who got scammed.

Entrepreneurship holds the power to change the world for better.

Sometimes giving up is the easiest thing to do. But Monir and Moyn transformed their bad experiences into suitable lessons for the greater good of the future. They slowly but steadily got back on their feet with the right choice of investments in multiple business ventures. Being entrepreneurs is what they do best.

With the digital transformations overtaking the world, Monir Islam and Moyn Islam have built multiple platforms to empower people from all walks of life. It’s interesting to see that they’ve expanded their innovations across various industries.

One of the businesses they have founded and are running successfully is BE (Better Experience). Here’s what BE offers:

One is a travel platform beyond just booking a holiday; it allows people to experience the world with up to 70% discount compared to any public aggregator. The platform holds 1.2 million hotels and partnered with some of the biggest brands in flights, cruises, and VIP airport lounges and over 50,000+ car rental locations from around the world. Some of the competitors of their travel platform are Booking.com and Expedia.

Two, it is an e-learning platform that brings a world of learning resources and instructions for people to upgrade their skills and lives in meaningful ways. The platform is a new-age catalyst that suits working professionals and students in schools and universities.

Three, it is a live streaming platform that can facilitate up to 1 million users concurrently. It offers various content available in multiple languages and is geolocated to its user’s region or country. This platform is created with a vision to educate and empower people from falling prey to scams and empower them with the right information.

These young entrepreneurs have come a long way. The journey through various network marketing companies made them realize that there are loopholes in the industry that need fixing. So, they’ve created a whole new digital ecosystem by applying the right network marketing models that enable hundreds and thousands of independent business owners to achieve success from a smartphone. The knowledge they obtained through hardship is now translated into simple digital tools so others can have it easy. Today, their work of passion has led to creating a network marketing company—a home for not just themselves but thousands of people around the world

Maagh Advertising, The Leading Name of The Industry Is Bringing an IPO on 26...

Reviews Brand Voice - September 24, 2022
September 24: The advertising industry is an important part of the media and entertainment world and if we go by certain reports, this industry...