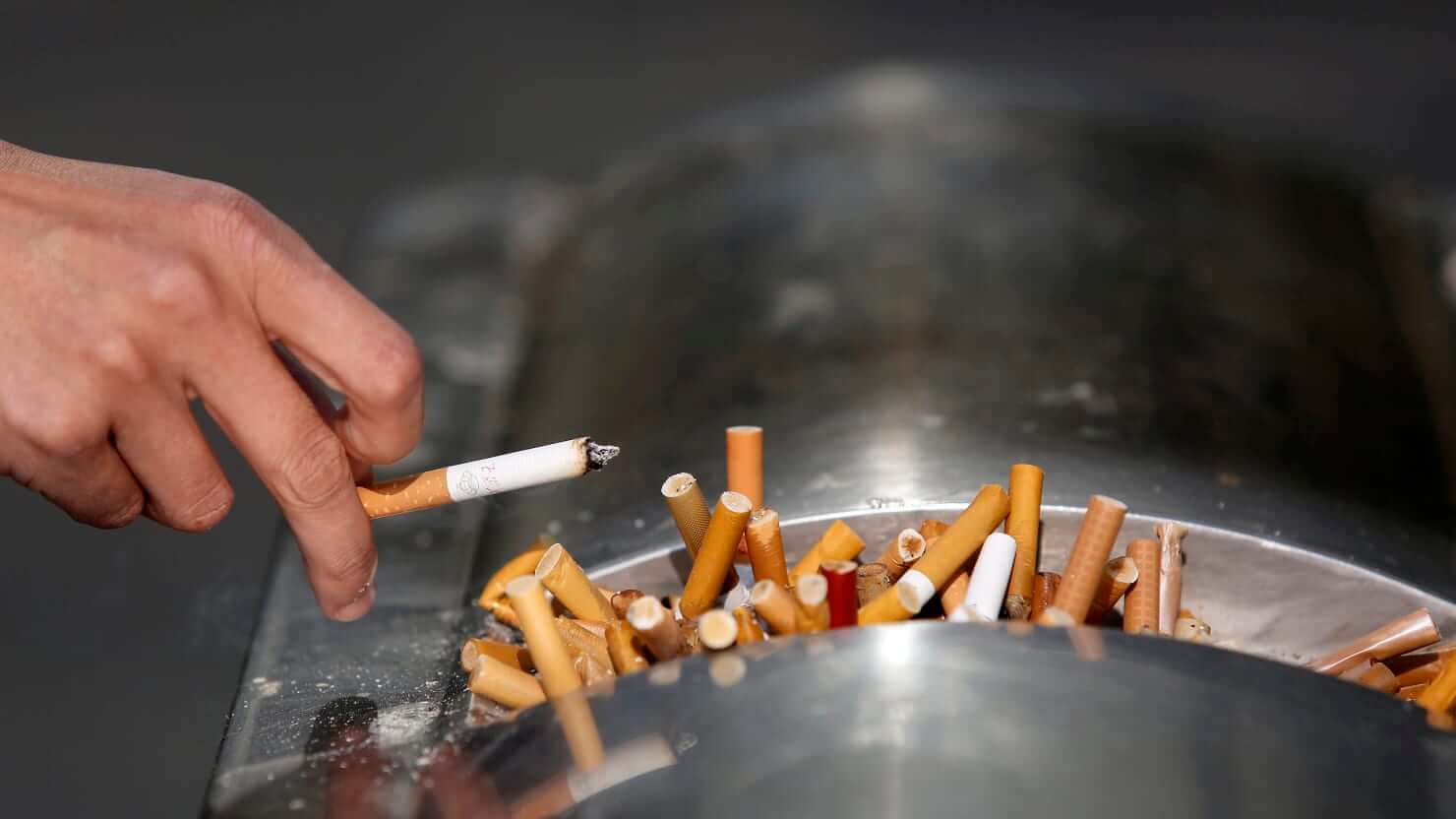 What do you think is the most littered item on the streets in the country?

If you’re guessing paper, plastic or wrappers you’re absolutely wrong! It’s the cigarette butts that your sorry butt shamelessly throws away on roads!

Ever wondered what happens after your heroic act of first damaging your own lungs and then polluting the environment? No, right? So, let me tell you that your cigarette butts pollute the environment in more than one way! Not only does it clog the environment it also chokes animals.

Not many who smoke realise that a cigarette butt is made of cellulose acetate, a plastic filter that is not biodegradable and can be around harming the environment for years once discarded.

Thankfully, 22-year-old Naman Gupta and 25-year-old Vishal Kanet have finally come up with an initiative where every part of a cigarette butt can be recycled and reused. And hey, you get paid for the cigarette butts you sell!

Code, the cigarette recycling initiative was started in July when they instantly got the idea of utilising cigarette waste at a friend’s place. The number of stubbed cigarettes ignited their minds!

According to reports in national dailies, around 5.6 trillion cigarettes are sold globally every year, of which almost half are discarded. In India, last year 1.11 million cigarettes were sold. Imagine the quantity of waste from such a huge figure!

Several smokers, vendors and companies have now started selling cigarette butts to the initiative Code. Now, they are even roping in rag pickers and low paid workers for the collection.

Code pays Rs 400/kg of cigarette waste you pick up. The project smartly targets the right people. Not only is this beneficial for the environment, but it also instills the habit of recycling in people.

After signing up for the service of Code, you’re given a steel bin where you can collect cigarette butts. Every 15 days the bin is emptied and you’re paid after weighing the waste collected.

Code’s V-bins are installed on a membership payment which ranges from Rs. 99 for three months to Rs. 499 for five years.

Customers include people who smoke as well as those who sell cigarettes. In fact, several little shacks and tea vendors have signed up for the membership from Code and they even urge people who smoke to discard the waste in V bins.

In the last three months, the company has collected over 10 kg of cigarette waste. In a small set up in Noida sector-37, the boys work on separating the waste collected.

After each part is separated and cleaned, the tobacco and paper are dipped in a chemical mix to convert it into compost which takes about 25 days, while the ash is collected.

So far the results have been good and Code has come a long way from the start. The beginning though, wasn’t easy.  A lot of problems stood as barriers in front of this venture.

But it has fought its way through! Naman and Vishal, the minds behind the venture ‘Code’, are doing their bit to save the environment, are you?

While you’re at it, give this a read as a reminder for the fact that we DO NOT promote cigarettes or smoking for that matter:

Research Shows That Continuous Smoking Can Damage Your DNA!