Author Nacari Mosley releases her debut book, The Insecurities of a Woman 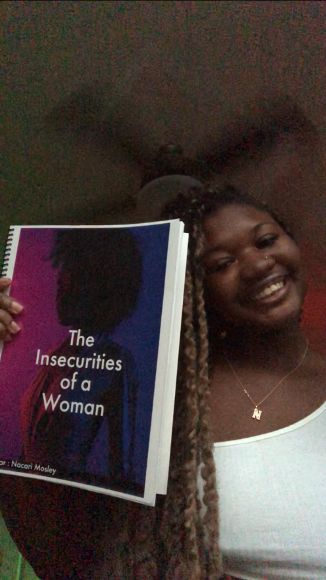 Author Nacari Mosley has announced the release of her debut book, The Insecurities of a Woman. She was inspired to write a dating guide for the modern woman after realizing that many of her female friends were stuck in relationships with toxic men. Mosley hopes that her work will empower women to analyze the men in their lives and hold them accountable for their shortcomings.

The Insecurities of a Woman is divided into 45 short lessons to help women recognize red flags, such as controlling behavior or emotional manipulation. Mosley believes that women tend to give in too often to save their relationships or prove their love. This can result in lower self-esteem and feelings of being trapped. She encourages all women to value themselves, stating, “Never let a man make you discouraged.”

Women from all walks of life will identify with Mosley’s no-nonsense tone and uplifting language. The Insecurities of a Woman digs to the root of common issues like trust, communication, and self-love. Mosley isn’t afraid to broach uncomfortable topics in an honest, engaging way.

Mosley also promotes self-growth by holding readers accountable for their role in allowing toxic behaviors to persist. The Insecurities of a Woman includes pointed questions that can help women understand the health of their relationship. For example, in the lesson on mutual support, Mosley asks, “Does he encourage you to strive to be the best that you can be?” The Insecurities of a Woman may not be an easy read, but it contains necessary lessons and ugly truths that women must confront on their journey to true love.

Nacari Mosley is an author, student, and entrepreneur. She attends North American University with a major in criminal justice.

The Insecurities of a Woman is available for purchase, and can be found at https://facebook.com/ThatsjustlifeCari. A sequel is currently in development.