The Election commission of India has announced in the upcoming legislative assembly election minimum of one polling booth in each constituency will be managed by women. The assembly elections will be held between February 10 to March 7 in five states.

Booth For Women By Women

The polling booth will be run entirely by women. From staff personnel inside the booths to police officers, women will take charge in the upcoming assembly elections in Manipur, Goa, Uttarakhand, Punjab and Uttar Pradesh. The main motive is the active participation of women voters. The fear of safety has cornered many women into domestic spaces.

In recent years there has been an increase in the rate of female voters. But this EC rule will ensure an inclusive state-building process. This year the total number of voters from the five states with the inclusion of the service voters is 18.34 crore. Out of this, 8.55 crore are women voters.

It comes under the Election Commission’s three broad agendas of active participation of voters in an easy and Coronavirus free election. The campaigning till January 15 has already been shifted strictly to virtual medium.

Exclusive women-centric polling booths will attract more female voters and narrow the gap between gender ratios in the electoral process.

Also Read: Your Step-By-Step Guide On How To Get A Voter ID Card In India 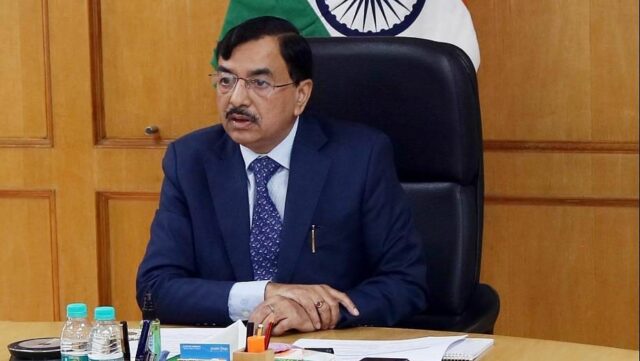 The Chief Election Commissioner Sushil Chandra stated, “ECI has mandated that at least one polling station will be managed exclusively by women, and shall be set up in every Assembly constituency. Our officers have identified much more than that. There are 690 Assembly seats but we are setting up 1620 such polling booths.”

He added, “We have been working on election preparedness for the past 6 months. Keeping Omicron in view we will take all precautions possible.”

There has been a constant political bifurcation when it comes to women. Women-centric campaigns are being practiced by many elected candidates this year. The measure of exclusive women-centric polling booths comes as a developmental strategy but is it enough?

As Covid cases are rising at higher rates, the EC has stated senior citizens along with people infected with Coronavirus can vote from their homes. The differently-abled voters too can vote by postal ballots.

There will be constant sanitisation of polling booths. The voters will be thermally checked at entry points of booths. Already massive rallies and campaigns have flouted Covid- safety protocols. The upcoming months may answer if the Election Commission’s broader agendas have been met or not.

Source: NDTV, The Logical Indian & The Times of India