Home Entertainment As A 19 Y/O Indian Fan, Here’s Why The Game Of Thrones... 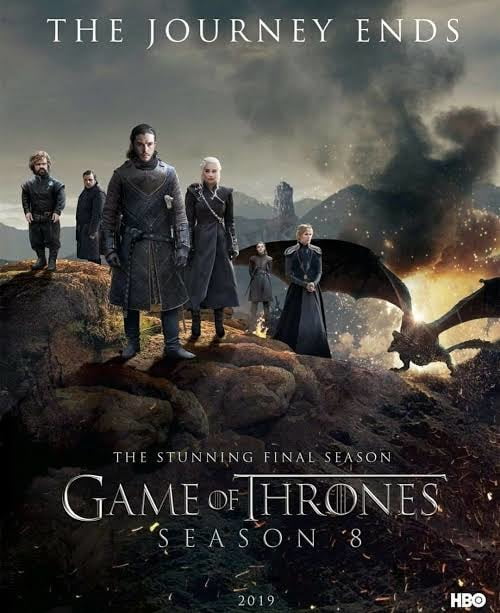 Game of Thrones fans got a big surprise last evening with the first official trailer of season 8. It is literally the end of an era with GOT entering its final season. *cries hysterically*

Although I’m of the opinion that HBO might drop another trailer soon, this one in particular excited a furore among die-hard fans and has taken the internet by storm.

My first reaction after seeing the trailer was calling up every single Game of Thrones devotee to discuss my crazy fan theories. Yes, my mom already thinks I’m a maniac.

The season 8 trailer dropped subtle hints which might tie some loose ends. Nevertheless, when it comes to GOT, an important character dies the very moment you think you have it all figured out. All thanks to the sadist king of the Westerosi people, George R R Martin.

The trailer starts with a petrified Arya running through the crypts of Winterfell with the foreshadow of a visibly scared Varys.

The voiceover, “I know death, it has many faces. I look forward to seeing this one” has an eerie tone to it. This leads me to one single question. Has Arya seen the face of death in the crypts of Winterfell?

There’s a theory to shed light on Varys’ potential future this season. We know that a sorcerer castrated him and threw his severed genitals into the fire. While the makers have still kept us in dark about the nature of this voice.

I think that the voice might’ve talked about how Varys meets his doom this season. Looks like the night is dark and full of terror for the spider.

Related: As A Fan Of Game Of Thrones, Here’s My Take On The Season 8 Teaser

In the first frame, we can see a smug Cersei standing with Qyburn. I can almost sense the calm before the storm.

Her visible satisfaction could also be linked to the arrival of the Golden company headed by Euron Grayjoy.

They have a history of winning impossible battles. But will they be able to protect Westeros, if the night king marches to King’s Landing?

In another frame, we see a forlorn Cersei sipping wine while a tear trickles down the corner of her eye. Either this is the scene just before she meets her death or it is time to bid farewell to Ser Jamie.

We all know that Cersei had wicked plans of holding her army back and leaving the Starks alone to fight the dead. Going by her track record, she would rather let the whitewalkers own the world than see her enemies win. 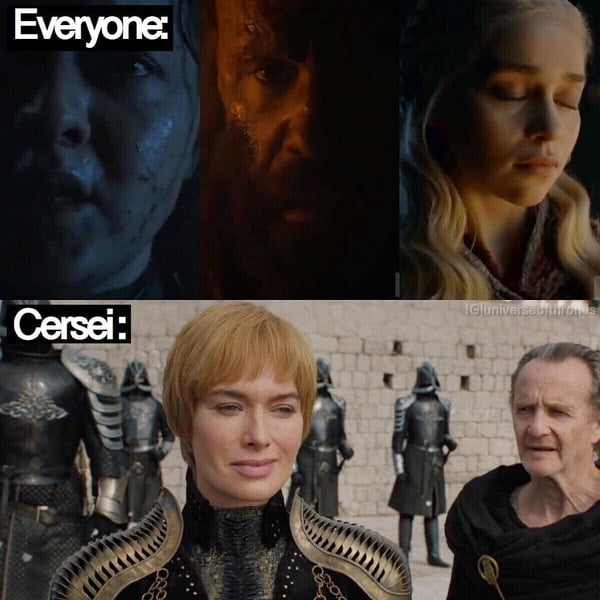 The battle of Winterfell

The last five seconds of the trailer had me in literal goosebumps. We can see an entire army with Brienne of Tarth, Ser Jorah and Podrick facing what appears to be Night King.

What does it mean for the Night’s Watch? Should we be prepared to face the death of everyone near the wall? We don’t want Sam Tarly and Gilly dying. Not just yet!

Besides that, I hope we are all rooting for Arya and Gendry’s reunion this season. He’s in a blink and you’ll miss it moment. But he’s still there onscreen doing what he does best, making weapons.

This looks to me like the beast battle that the makers have been hinting at. The one which speaks volumes for the phrase, “When you play the game of thrones, you win or you lose. There is no middle ground.”

Who sits on the Iron Throne?

This is the least of concerns for anyone apart from Cersei. I’m not a psyche but there’s something about the series which tells me that neither of the three: Danaerys, Jon or Cersei would get to sit on the Iron Throne.

Apart from them, Sansa has always possessed the desire to sit on the Iron Throne. This leaves one more plausible candidate for the throne, our very own Gendry Baratheon.

Before ending on this bittersweet note, ‘I pledge my life and honor to the final season’s watch, for this night and all other prequels to come.’

What’s your fan theory about season 8 of Game of Thrones? Let us know in the comments below!