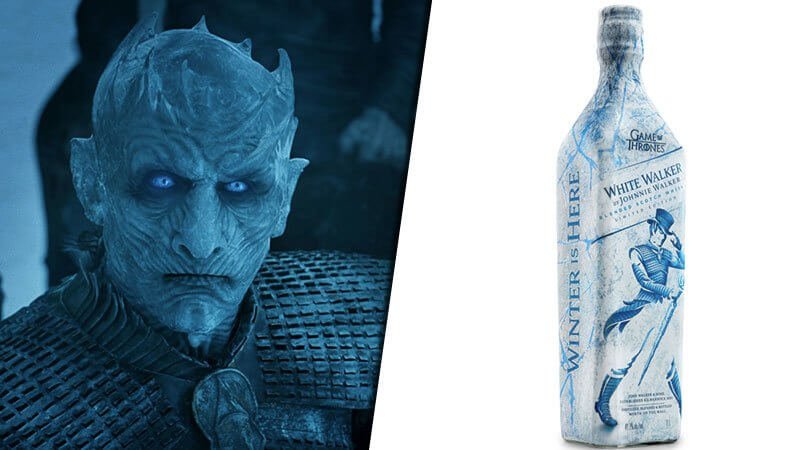 After months of wait and speculation, the limited edition Game of Thrones whisky by Johnnie Walker based on the iconic White Walkers is out.

Although rumours had been abuzz for quite some time now of a limited edition Scotch-whisky coming out related to or inspired by the Game Of Thrones (GOT) show, the first one is now finally available for fans.

Johnnie Walker that is a globally known brand has now collaborated with HBO’s most iconic show to produce this blended whisky.

The lineup is one of many coming up as DIAGEO, a multinational alcoholic beverages company has partnered with the show to create various other special GOT based collections.

What Is This White Walker Scotch?

The White Walker by Johnnie Walker is aptly named after its inspiration, the dangerous and frightening White Walkers and especially their leader the Night King.

This special Johnnie Walker Blended Scotch Whisky is made from two single malt scotches, one from Cardhu and the other from the Clynelish distilleries in northern Scotland.

The interesting point though is that the 750 ml bottle has white and blue thermochromic ink on the label that when frozen will glow in white and blue colours that is an obvious reference to the White Walkers eyes that are the same colour. 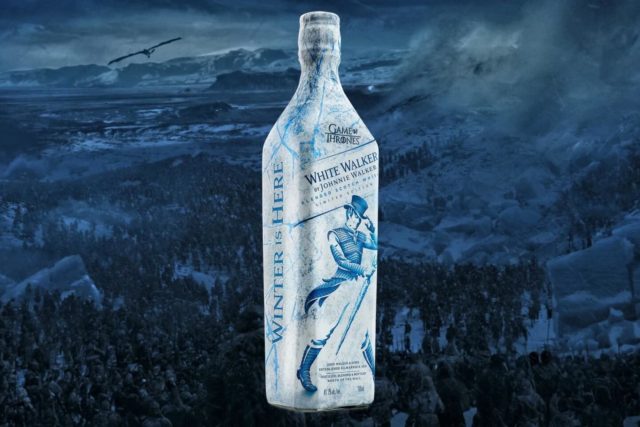 The temperature sensitive ink technology really gives a whole another feel to the bottle and the flavours of caramelised sugar, red berries, vanilla and hints of orchard fruit enhance the notes of the whisky.

The blended whiskey is created by George Harper, a whisky specialist who explained that the original 2 whiskies, “have endured long Scottish winters, not dissimilar to the climate north of the wall.”

Dan Sanborn, who is the senior vice president of culture and partnerships at Diageo said that, “We really went to painstaking detail to match that white walker feeling and energy it evokes with the liquid and the scotches that we put in the bottle.”

And the amount of thought and creativity that has gone into making the whole experience so interactive and something that the fans will instantly catch on to, is certainly a good marketing strategy.

This is not all though, as in November it is said that a limited edition collection of 8 single malt scotches representing the Seven Kingdoms of Westeros will be unveiled.

The houses that will be a part of this collection will be obviously the main Houses Stark, Lannister, Targaryen, along with Houses Tully, Baratheon, Tyrell and Greyjoy, wherein each bottle is “paired with one of the iconic Houses of Westeros and the Night’s Watch.” 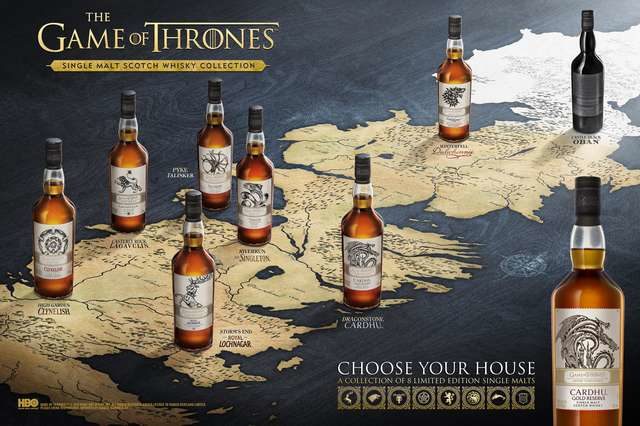 Jeff Peters, Vice President, Licensing & Retail at HBO, speaking on this partnership has said that, “We knew there was fan appetite for a Game of Thrones whisky and once we saw Diageo’s vision for a way to collaborate together we knew the idea was perfect and the time was now.”

He further added that, “We’re confident fans will enjoy sipping these delicious whiskies as they wait for season eight and beyond.”

And that would certainly be the case, with the final season of GOT coming soon, and news of the prequel already out, the time is right to cash in on all the hype that is surrounding the show.

The Game Of Thrones Spin-Off Is On; Here’s Our Take On What To Expect