As far as I can remember, I got introduced to the world of fan fiction at the age of 14. Back then, I was new to pop music and just started getting into the fandom of One Direction.

When I got into K-pop, fan fiction was something that I couldn’t escape. Although I have read some beautifully written fan fiction, several stories made me feel uncomfortable.

What Are Fan Fictions?

In simple words, fanfictions are stories involving well-known celebrities or fictional characters written by fans. Fanfics range from a couple of sentences to an entire novel. 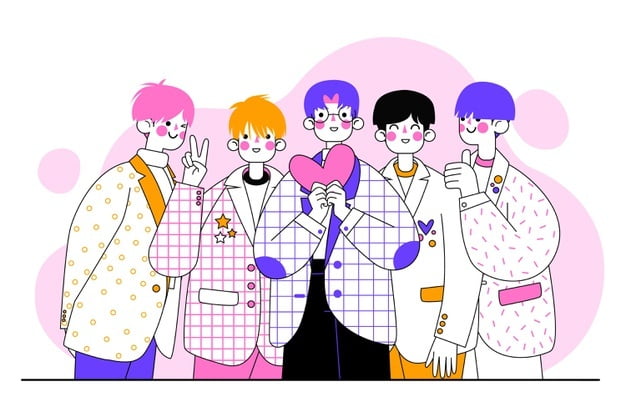 In the 90s, fan fiction became mainstream because of the internet. Many sub-genres emerged throughout these years, and fan fiction started including real people too.

Such fan-written stories about celebrities are known as Real Person Fiction or RPF. The most popular fanfictions are the ones that are all about sex, and they mostly feature an idol and a fan.

Since K-pop became popular worldwide, many fans started shipping the idols with each other. Recently, many K-pop idols like BTS’s V have indirectly talked about how these fanfictions make them feel uncomfortable. He also hinted that he wants fans to stop writing them.

Also Read: Why Do K-Pop Idols Go On Extreme Diets?

Though some fanfictions are simplistic and casual, others overly sexualize these idols. Fans often discuss abnormal sexual relationships between male k-pop idols and even normalize topics like rape, sexual harassment, and bullying. But, writing it like the rapist is the hero, and the reader should try to be like them? Yes, that is weird.

Such stories can not only cause long-lasting mental damages to someone, but they can also lead to misinterpretations about the celebrity’s personality.

Some agencies that handle celebrities do not even try to stop fans from writing such stories. They, in a way, encourage fans to write such fanfics, hence, showing the toxic side of the industry.

More than half of the fans like to read any and every kind of fanfics. That’s where the problem lies. Some delusional fans get so much into these fanfics and start showing obsessive toxic behavior.

There is a positive side to fanfics too. According to many Wattpad users, reading and writing fanfics are like a safe place where they discover themselves and learn about their sexuality.

“Sexual minority communities live in a heteronormative world. …When queer men and women encounter fan fiction, it’s kind of a revelatory experience. There’s this idea that this is OK and there are people that are OK with exploring male-male love or female-female love,”

A limit needs to be put on fanfiction as the people they are writing about are not fictional characters. Even though this only seems like a dream because this genre will not be banned any time soon.

As the popularity of K-pop is increasing exponentially, fans are reading more and more fanfics, making people write them even more. Many laws have been passed to suppress the popularity of fanfic, but the hunger of fans can never be satisfied.

What do you think about this issue?

In Pics: How Korean Vogue Celebrated The Beauty Of Age With 100-Year-Old Women