After The Galaxy Note 7 Disaster, Samsung Tries To Make A Comeback With The Galaxy S8 and S8 Plus

Samsung unveiled its most powerful flagship in New York this Wednesday. Galaxy S8 and Galaxy S8 Plus, which comes with a bezel-less display. Yup, that’s right. No more boundaries (literally).

After the Galaxy Note 7 disaster, Samsung hopes to be the market winner and is expected to have a fortunate year ahead of them. The S8 and S8 Plus will be available in the market from 21st of April.

The Galaxy S8 has been given a design makeover, especially with its new set of sizes ranging between 5.8 and 6.2-inch for the S8 and S8 Plus and it doesn’t look anything like its predecessors.

The phone offers IP68-certified durability, making it dust and water-resistant. The home button has been accommodated underneath the phone’s display, while the fingerprint scanner is placed right next to the camera sensor. Speaking of which, Samsung has upgraded the rear camera with a 12-megapixel dual Pixel technology, which the company claims will offer zoom and anti-blur photos.

The phone packs in the Snapdragon 835 processor, the meanest among them all, along with 4GB RAM and 64GB inbuilt storage, which is expandable up to 256GB. As for the quality of the display, we get a theatrical, Quad HD 2960×1440 pixels Super AMOLED display that never fails to awe us.

Running on Android 7.0 Nougat, the Galaxy S8 and Galaxy S8 Plus come loaded with a 3000mAh and 3500mAh juice unit. Here are some highlights of all the new stuff we get with this beast:

Here’s the most important thing that we all should know about Samsung’s new digital assistant. Samsung has much faith in it that Bixby gets its own physical. Now that’s some commitment. Bixby might not sound different than any other digital assistants out there in the market. Like, it can set an alarm or a reminder for example. But Samsung claims that “Anything you can control with touch, you can control with voice”, which might be a gamble. Some Samsung apps will support Bixby’s deep voice controls, allowing us to rotate a photo with our voice.

Samsung’s Bixby is up against some tough competition in Amazon’s Alexa, Google’s Assistant, Apple’s Siri, and Microsoft’s Cortana. Bixby looks like it could be different enough, but we won’t know for sure until we spend some more time with the new phones.

Samsung’s brand new upgrade is something you’d like to get your hands on. It shoots actual 4K images, can now live stream and Samsung has expanded the support horizon by enabling it to be used by other devices as well- namely the iPhone,

What we don’t know is when will it be available and whether Samsung has improved the time taken in transferring files or stitching up the images together. As adorable as it looks, the device is easily approachable, also including the risk of people shooting 360 videos handheld. DeX is a dock for S8 and S8 Plus that can turn any monitor into a PC-like experience. Haven’t we heard that one before?

Something similar was introduced way back by Motorola and Microsoft. Surely didn’t live up to the expectations though.

The DeX dock supports display connections through an HDMI port, and allows for a mouse and a keyboard to be connected to it, with two USB ports to spare. There’s a cooling fan as well, to keep the S8 from heating up. Everything is powered by USB C.

It doesn’t seem any different, though. It’s just mobile apps running in a bigger window, that’s all.

Since this flagship has an insanely powerful processor, it’s understood that why Samsung wants to push the limits. But DeX must prove that it’s worth costumer’s money, whatever it winds up costing.

This Smartphone Has A DSLR Quality Camera & Costs Under 17k! 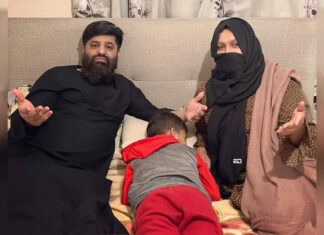 Palak Dogra - January 31, 2023
When naming their kids, parents usually come up with unique names so that their kid stands out. However, sometimes these “unique” names turn out...