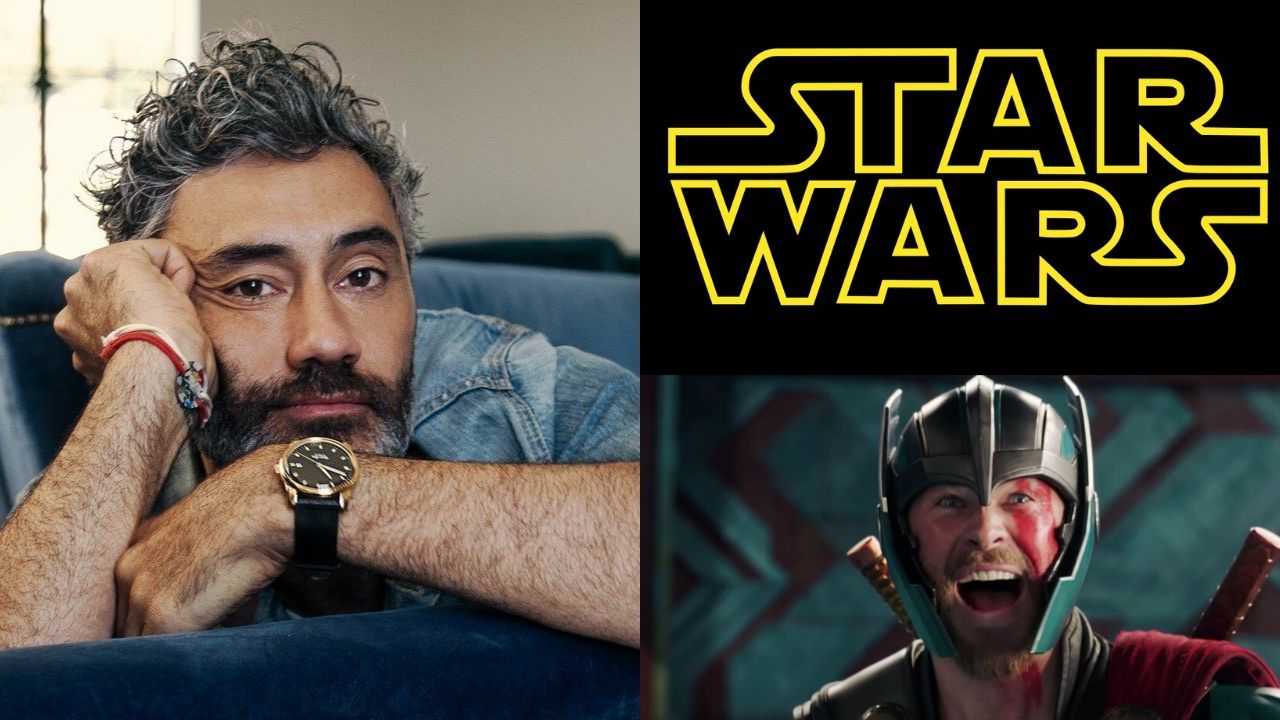 Taika Waititi’s Jojo Rabbit grabbed 6 nominations at the 92nd Academy Awards. The movie is brilliant. Only Taika Waititi could come up with something as bizarre as a boy having Adolf Hitler as his imaginary friend.

The film also manages to depict a wonderful relationship between the main protagonist, Jojo, and a young Jewish girl, Elsa, who is hiding in his attic. Even though it’s a comedy, the movie is still ripe with emotions that pull at your heartstrings.

Now, Waititi has been invited to work on a new Star Wars project. So, should we be skeptical about it or be overjoyed by this news? Let’s see.

People hated the new Star Wars movie, but they gave a thumbs up to ‘The Mandalorian’ show. Interestingly, Waititi directed the finale of the show.

The audience’s, along with the critics’ reaction, has been positive for the episode that was directed by him and has the fans curious about what’s to come in the upcoming seasons.

Then, there is the work that Waititi did for Marvel, owned by Disney. I’ll confess that I didn’t care about the ‘God of Thunder’.

However, this changed when the first trailer for ‘Thor: Ragnarok’ dropped. As soon as Led Zeppelin’s ‘Immigrant Song’ started playing in the background, I knew this movie would be unlike its predecessors.

After watching the movie, people finally started rooting for the Asgardian. There has also been a lot of buzz amongst fans with the announcement of ‘Thor: Love and Thunder‘ and the credit for this excitement partly belongs to Taika Waititi.

After the dumpster fire that was ‘Thor: The Dark World’, could anyone have thought that fans would want another Thor movie? That was Waititi’s magic and that’s why he may be the only hope for the galaxy far, far away.

We all know about ‘Jojo Rabbit’ and ‘Thor: Ragnarok’, but his indie movies have been adored by many people as well. He made vampires cool again with ‘What We Do In The Shadows’.

‘Hunt for the Wilderpeople’ was an impressive adventure drama and became the highest-grossing film in New Zealand.

If you’ve watched any of these movies then you know that the Star Wars movie will be in good hands if Waititi is behind the camera.

Also Read: Star Wars: The Rise Of Skywalker Wants To Make Fans Happy By Deviating From Previous Plot Points, But It Just Makes Them Mega Angry

Director Rian Johnson made ‘Star Wars: The Last Jedi’ (Episode 7), the movie that is regarded as the most polarising film in recent years. Some people blame him for ruining their childhood memories and their favourite franchise, by destroying the classic characters from the original movies.

People were enraged over the treatment of Luke and how his actions completely betray the character that the audience has loved for decades. On the other hand, some people appreciated the movie for trying something new and not limiting the saga to the Skywalkers.

Taika Waititi has an impressive filmography, but so does Rian Johnson and look how fans reacted to his vision for Star Wars. He directed ‘Ozymandias’, the finale of ‘Breaking Bad’, which is regarded as one of the best episodes in television history.

His 2019 mystery film ‘Knives Out’ has been lauded by critics everywhere. But, people are still bitter about his treatment of the Star Wars franchise even after 2 years. The backlash against him was so strong that Disney shelved his plan for another trilogy based in the Star Wars universe.

People have criticised Waititi for making Thor a comical character when in the previous films he was depicted as a serious person. Thor: Ragnarok also didn’t give much screen-time to the ‘Warriors Three’ who were established as Thor’s best friends in the previous movies.

The film was also criticized for adding too many jokes, especially during the emotional scenes like the destruction of Asgard.

The experience that fans had with an acclaimed director, like Johnson, has put a bad taste in their mouths.

Waititi’s decision regarding certain storylines such as Odin conveniently dying after telling his sons about the sister they never knew they had, and the impending doom their home is bound to face in Ragnarok doesn’t help the matter.

There’s a running gag in Thor: Ragnarok, where the Norse God of Thunder is overpowered by electric shocks. This in itself seems absurd.

However, one cannot overlook how he salvaged the Thor movies and regenerated people’s interest in Norse Gods.

With the bad storylines of prequels, sequels and spinoff movies like Solo, Star Wars fans have been burnt too many times. So, I understand why they distrust any new Star Wars project.

Still, I am optimistic that if Taiki Waititi does decide to make a Star Wars film, the audience won’t be disappointed. Just don’t bring Han Solo, Darth Vader, Death Star and Tatooine into the mix and you’re good.