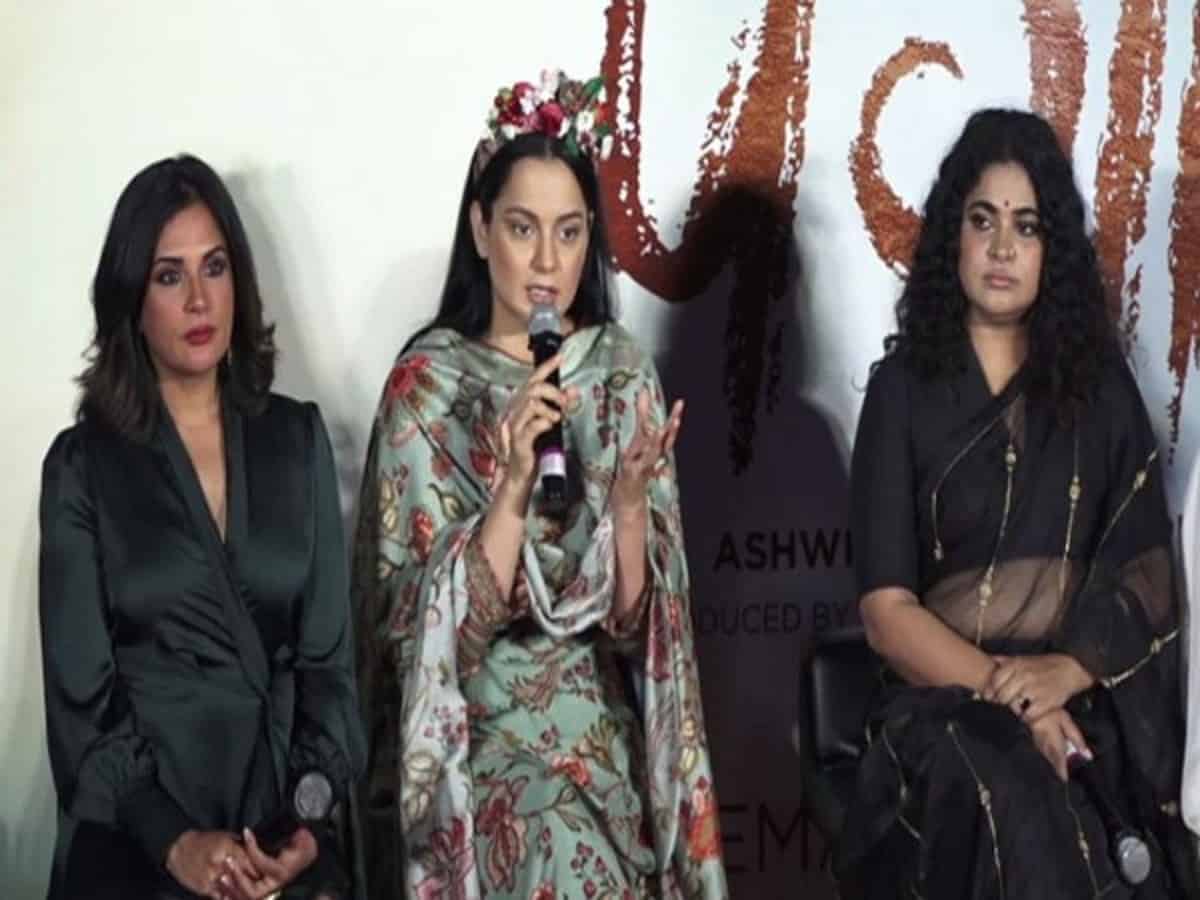 Kangana Ranaut’s new movie ‘Panga’ is coming out. So you know what that means, she’s back on her tried and tested moves of saying controversial statements that will have the media salivating after her and what she said.

Her recent tactic has been to utter really shameless words against Indira Jaising, a veteran Indian lawyer. Jaising was in news recently when she asked Asha Devi, mother of the victim in the Nirbhaya rape case of 2012, to pardon the convicts and not make them get the death sentence.

The morality of that is another debate.

#WATCH Kangana Ranaut on senior lawyer Indira Jaising's statement,'Nirbhaya's mother should forgive the convicts': That lady (Jaising) should be kept in jail with those convicts for four days…Women like them give birth to these kind of monsters and murderers. (22.1) pic.twitter.com/MtNcAca1QG

Kangana, while at a press conference promoting her upcoming movie was asked:

‘there’s a lady in the country who’s saying that, just like priyanka gandhi even nirbhaya’s mother should forgive.’

First that reporter should have at least taken the correct name. It was not Priyanka Gandhi but Sonia Gandhi who Jaising was referring to.

To this question Kangana said that,

(“That woman should be locked in a jail with those rapists for four days. She needs it. What kind of women are these, who are sympathetic to rapists? Such women give birth to monsters. These women, who are full of love and sympathy for rapists and murderers, are the ones who give birth to them.”)

Read More: Kangana Ranaut: We Could Believe You Reg. Vikas Bahl But Only Speaking Before Your Movie Release Is Shady AF

Frankly Richa Chadha who was sitting right next to Kangana while she was spewing all this vitriol, was a big mood.

Her blank face, looking as if she was trying to hold back a shocked expression or simply walking away from the train-wreck that this press conference was.

Chadha was looking the meme ‘No thoughts. Head empty‘ personified since it seemed to me as if she was just flabbergasted over what Kangana was saying in the first place.

Richa Chadha for the most part, is quite a politically active and vocal person with progressive and liberal views according to what I’ve seen. In fact, last year while promoting her film ‘Section 375’ she talked about how more women in workforce is one of the ways to get rid of gender parity. 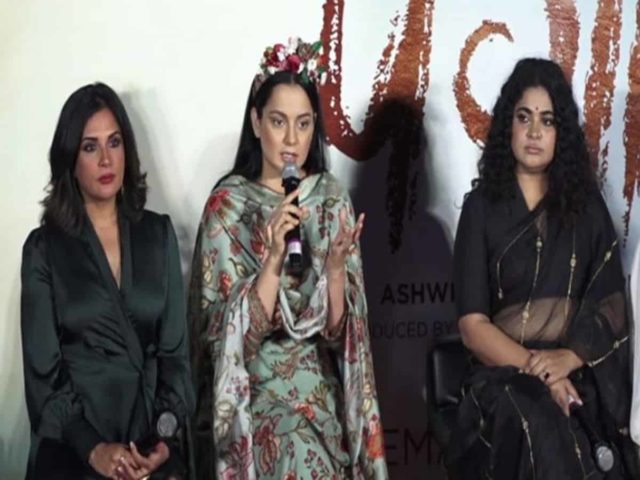 In this, she said that, “The gap is a reality for sure but so is the fact that there are such super woman advocates like Indira Jaising, Pinky Anand, Karuna Nandy, that we are just a step away from taking inspiration from the right people.”

People on Twitter have also picked up on Richa’s expressions:

I'm Richa Chadda in every family get together. pic.twitter.com/Rwod6fAIWM

What Was The Deal With Director Ashwini Iyer Tiwari?

But it was actually Ashwini Iyer Tiwari, the director of Kangana’s movie Panga, who was sitting on the actor’s other side that really surprised me.

I certainly did not expect an intellectual person like her to be nodding along to the idiotic things Kangana was saying.

This Is Actual Publicity Stunt

To be honest this is actual publicity and not really what Deepika Padukone was being accused of before the release of her film Chhapaak.

In fact, while other producers were keeping their mouths shut on such a burning issue in the country in fear of how it will affect their box office revenue, Deepika decided to put her film at risk to stand up for the correct thing.

She knew that she ran the risk of jeopardizing her movie. Tomorrow vandals could have thrashed her movie halls just because she stood for the rights of students to protest.

So when people were screaming of how it was all just a publicity stunt then they need to understand that what Kangana Ranaut does before every movie is peak publicity and extremely clickbaity antics. Using below the belt and personal things to attack other people like Hrithik Roshan, Shahid Kapoor, Saif Ali Khan, and now Indira Jaising seems just a way to get the media attention onto her and in relation to her movie.

Frankly I would not delve on what she said because I’ve now understood that it’s just her way to grab attention.

It’s actually quite disappointing for me to see her washing her dirty linen in public or saying extreme things to invoke a reaction with no remorse.

With all these tactics being used, people need to understand what is a publicity stunt and what isn’t.

To be honest I don’t support Indira Jaising’s spiel. Criminals such as the Nirbhaya convicts do not deserve forgiveness of any kind.

In fact, in my previous article linked here (Death Penalty For 4 Nirbhaya Case Convicts Is Great But What About The 5th Guy Who Inserted The Rod?), please read how I don’t support Ms. Indira’s plea for forgiveness from people whose entire life has been scarred by those criminals.

Also reiterating that the whole comparison with Sonia Gandhi is simply unjustified and senseless.

So in my opinion such an extreme punishment for such a horrific crime is definitely deserving to be set as a precedent.

But at the same time I cannot stop a luminary like her from saying something that she feels strongly about.

Given her contribution and the work she’s done so far, I feel even with a view point as unjustified as this as per me, it’s still important to keep parliamentary language and respect for the other person in public domain.

This goes on to show good culture and also does not encourage violent attacks and derogatory language towards people with whom you don’t agree.

The thing is, even if she doesn’t make sense, does that qualify for her to get these extremely nasty allegations about her womb and how she’s a rapist sympathiser?

Are we living in an educated society with civil people or has verbal and physical gunda-gardi become the new normal?

Is there no decorum for how you say things?

Ms. Kangana, trust me what you’re trying to do here just shows poorly on you than anyone else.