Home Social Opinions Death Penalty For 4 Nirbhaya Case Convicts Is Great But What About... 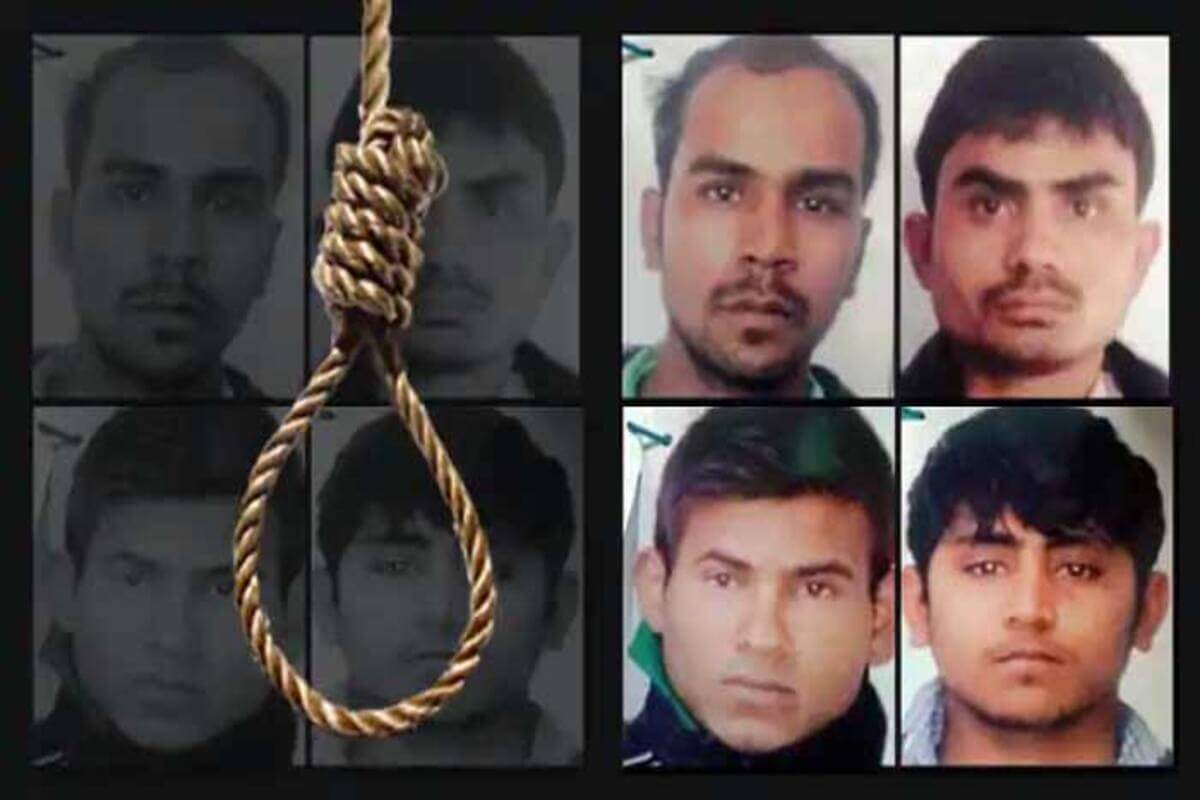 Every time it feels like the Nirbhaya rape case is going to be laid to rest with justice being served to the criminals, it seems like another wrench comes into the mix.

The 2012 Delhi gang rape case was one of the most horrifying and fatal assault that India had seen in a long while. The victim who was given the title of ‘Nirbhaya’ to protect her identity was brutally gang-raped by six men on 16th December 2012.

The victim tragically succumbed to her grave injuries 13 days after the assault but lit a fire among all the citizens of the country to alter the justice system and get punishment for such heinous crimes much quicker than usually seen during that time.

The Supreme Court on 18th December 2019 upheld Delhi High Court’s verdict of death sentence by hanging. A New Delhi judge scheduled their execution for 22nd January 2020 but with the convicts issuing individual mercy pleas it resulted in delay of the execution.

They have now been assigned a second death warrant by a Delhi court stating that they should be hanged on 1st February 2020. 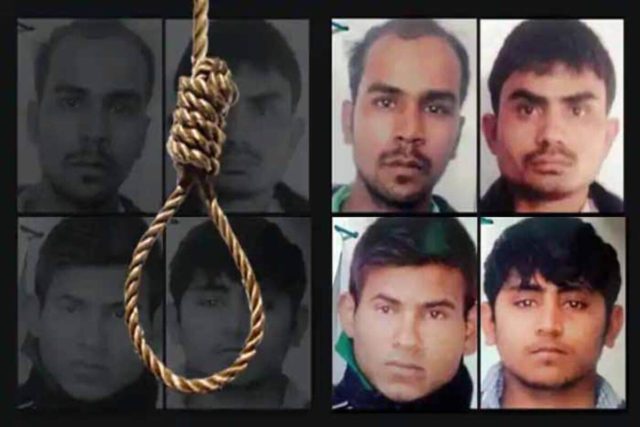 Pawan Kumar Was A Juvenile?

The 6 men who were convicted of the gang-rape were Mukesh Singh, Vinay Sharma, Pawan Gupta, Akshay Thakur, Ram Singh and a juvenile defendant.

While Ram Singh died in police custody, it is alleged that he committed suicide, the juvenile was sent to a reform home and released in December 2015.

As per reports now, Pawan Kumar is trying to appeal to the Supreme Court that he was a juvenile at the time of the conviction.

This is after he had appealed the same to the Delhi High Court and it had not only rejected the claim but also fined his lawyer AP Singh an amount of Rs. 25,000 for wasting the court’s time.

Singh claimed to SC that Pawan Kumar was born in 1996, producing some school-leaving certificate and alleging that his juvenility was hidden from the court.

The Supreme Court has though dismissed this appeal stating that the certificate was issued in 2017 long after Pawan was convicted.

Frankly, these just seem like dirty tricks by the convicts and their lawyers to delay the execution and find loopholes in the system to escape the death sentence. 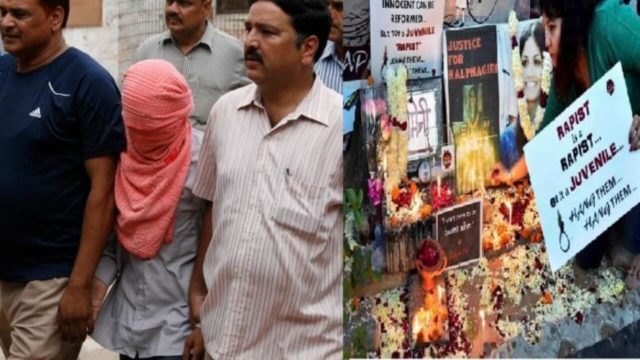 Who Was The Actual Juvenile Here?

Among the 6 criminals who committed this heinous crime, one of them was 17 years and 6 months old.

Details about the juvenile are not much known, with the court wanting to hide his identity to protect him from angry mob. Although Raveena Tandon in an interview did say that, “But how can rapists be dissuaded when the most brutal of the Nirbhaya rapists Mohammad Afroz was declared a juvenile, treated with kid’s gloves in jail, given a sowing machine and rehabilitated as a tailor.”

The authenticity of this name is not given, so it could be something different too, however, the juvenile is not deserving of this amount of protection.

But a Hindustan Times report did reveal that he used to live some 240 km away from Delhi and ran away from home at the age of 11. His elder sister and family still live in the same village, with the sister taking care of the entire family of six.

When he came to Delhi he was taken under by Ram Singh and the other accused, who would give him food for cleaning the very bus in which the physiotherapist student was raped.

Reports have said that it was the juvenile convict who was responsible for inserting a rod inside the victim and also pulling parts of her intestines out.

However, the Juvenile Justice Board (JJB) declared that the juvenile would not be tried as an adult and had a separate trial in juvenile court.

He was convicted of rape and murder under the Juvenile Justice Act and given the maximum sentence of three years of imprisonment at a reform house. He was eventually released from the facility in December 2015.

Reports then came forward of how an NGO helped him to relocate to a isolated town in south India and is apparently working as a cook at a restaurant there.

The repercussions to this sentence of his and the fact that he is now walking free were not a lot besides his family ostracizing him and heavy protests by people, who wanted him to be tried as an adult.

Considering the nature of his crimes and how inhumane they were, it is certainly aggravating to hear that the new 23 year old juvenile is leading a normal life and going about his day, unlike the victim who had to suffer through enormous trauma.

Although after seeing the outrage over this, the Juvenile Justice Act was amended to state that juveniles within the age group of 16 to 18 involved in heinous crimes would from now be tried as adults. 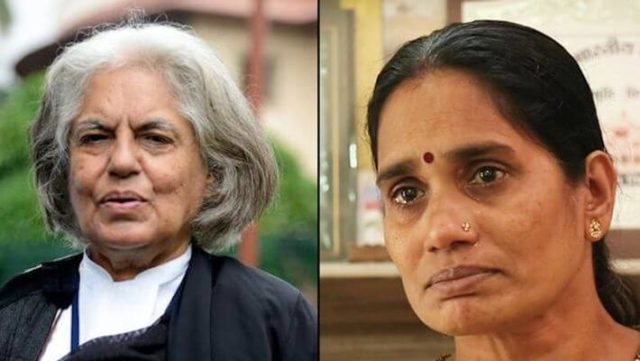 I’ve heard a lot of arguments from supposed human rights activists and lawyers on why proper procedure needs to be followed for this case and even the rights of the criminals need to be given attention to.

However, Indira Jaising, a senior lawyer, apparently tweeted out on Friday that, “While I fully identify with the pain of Asha Devi I urge her to follow the example of Sonia Gandhi who forgave Nalini and said she didn’t not want the death penalty for her. We are with you but against the death penalty.”

While I fully identify with the pain of Asha Devi I urge her to follow the example of Sonia Gandhi who forgave Nalini and said she didn’t not want the death penalty for her . We are with you but against death penalty. https://t.co/VkWNIbiaJp

Sonia Gandhi had famously forgiven Nalini Sriharan, who was involved in former prime minister Rajiv Gandhi’s assassination. Nalini had previously been given a death sentence, however, it was changed to life term after Sonia Gandhi urged the court for leniency on her due to the fact that Nalini had a young daughter born in jail.

Her statement is entirely absurd since there is absolutely no connection between the two cases. Nirbhaya was not a big time politician, who be in danger of enemies taking action against her at all times.

I’m not belittling the trauma that was caused by Rajiv Gandhi’s assassination, but this is a known danger especially for such a high profile politician. This is also why they are given the top security and 24/7 guards around them, checking every single thing they do.

Nirbhaya on the other hand was brutally gang-raped and tortured by men while she was just going about her day as per normal.

To be honest, forget about forgiving, I would instead want to start a new battle to get the juvenile back into system and then get convicted for the trauma and agony that the daughter went through.

Comparing this crime to Rajiv Gandhi’s assassination and asking the parents to forgive the criminals who killed their daughter in a evil manner is just abhorrent and insulting to their loss.