Home Food With Zomato And UberEats Coming Together, What Will Happen To The Cost... 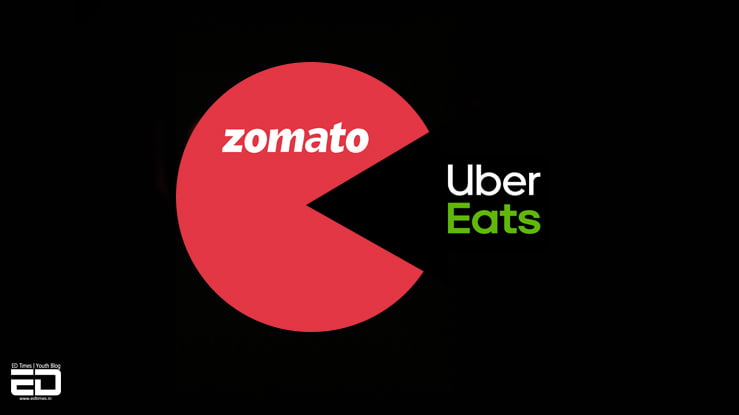 UberEats users received a mail on 21st January morning, marked as ‘Important Uber Eats Update’ as it announced something quite unexpected. The announcement mail was of UberEats declaring that it is leaving the food delivery market in India and it has now been acquired by Zomato.

On opening the UberEats app, the app displayed a message –

Which then forwards you to a page that shows –

As it turns out the online restaurant discovery and food delivery app, Zomato has acquired Uber’s food delivery platform in India for around $350 million (Rs. 2,485 crore).

What does it mean for you?

While all these transactions take place, one does wonder how it will affect them and what will happen to their food delivery cost.

Well, if you open UberEats app now, you will be directed to a Zomato’s page, urging you to buy food from your favourite restaurant using Zomato. While this is an intelligent move by Zomato to absorb UberEats customer base, one can’t ignore the possibility of customers opting for Zomato’s competitor, Swiggy’s service instead.

“There is no guarantee all Uber Eats customers will shift to Zomato; some of them will end up at Swiggy too. So it isn’t clear why it paid this fairly high price for the acquisition. But someone had to pick up the tab for the consolidation in the industry,” – An analyst at a multinational brokerage.

What it means that although it is Zomato that spent its capital to absorb its competition, Swiggy too gets to enjoy the market with one less competitor. With fewer competitors in the food delivery market without its own investment, Naspers-backed Swiggy can make more aggressive investments to gain larger profits and earn a larger customer base to compete with Zomato.

And one can expect those ‘aggressive investments’ to get some level of discounting from the food delivery app.

What does it mean in the food delivery services market?

Although Ola had previously acquired Foodpanda, a food delivery app in 2017, to compete with its competitor Uber and UberEats, Ola’s food delivery service is suspended as the app mostly shows “unavailable”.

With UberEats exiting the Indian market of food delivery system, the customers will have Swiggy and Zomato to choose from when they order food online.

Will Uber’s cab service be available?

As per reports, Uber is set to remain active in India and you can still get your rides via the Uber app. Also although UberEats exits India, it will be available outside as reported by the company.

While Zomato’s business move of absorbing UberEats to have one less competitor in the market may seem wise for many, economists suggest they do have the possibility of facing the “winner’s curse” as Swiggy stands to gain from this transaction without spending a single penny.

As Zomato takes steps to gain a larger consumer base- first by giving out heavy discounts and now by absorbing a competitor, do you think this was a wise move from Zomato to get on top of the business?

Reviews Brand Voice - September 27, 2021
Navya Singh is a momento in herself. A memento of abundance in talent on beauty, artistic talent, creativity, model, dancer, and singer. She is...