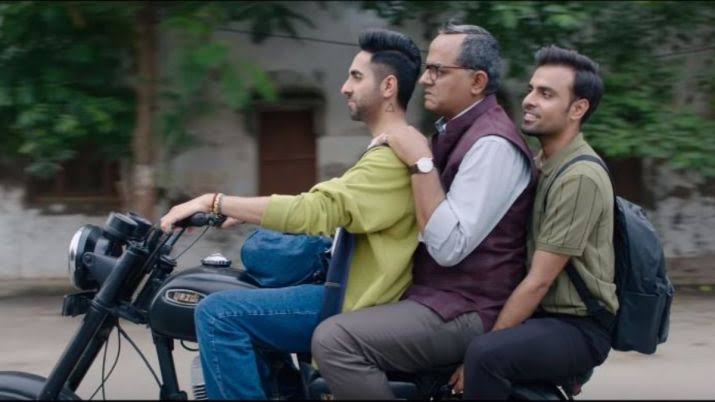 The trailer of ‘Shubh Mangal Zyada Saavdhan’ came out yesterday. The movie is a spin-off to the 2017 hit, ‘Shubh Mangal Saavdhan’, starring Ayushmann Khurrana as the main protagonist.

The spin off deals with homosexuality and homophobia. The trailer has created quite a buzz as soon as it came out thanks to its depiction of gay men.

The homosexual representation gets reduced to caricature or comic relief. From ‘Partner‘ to ‘Dostana‘ to ‘Student of The Year‘, the characters are reduced to nothing more than stock characters.

But the new movie breaks quite a few stereotypes about gay men which were perpetuated by Bollywood. Starting with the parents’ notion that homosexuality is a choice, to how the main characters retaliate against society’s hypocrisy. 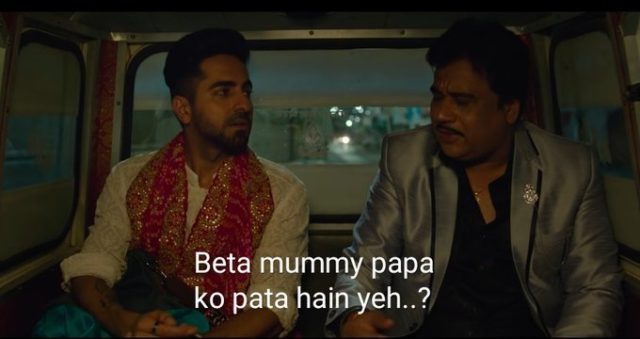 Remember Kiran from Partner? The token gay friend of the heroine who used to dress up in ‘exuberant’ clothing. Not only him, but gay men in mainstream movies are mostly shown as being the creatures who dress in ribbons, feathers, furs, atrociously colourful clothes, scarves and what not!

As if it would be easy to identify gays that way! As if gays CAN’T wear ‘normal’ clothes! 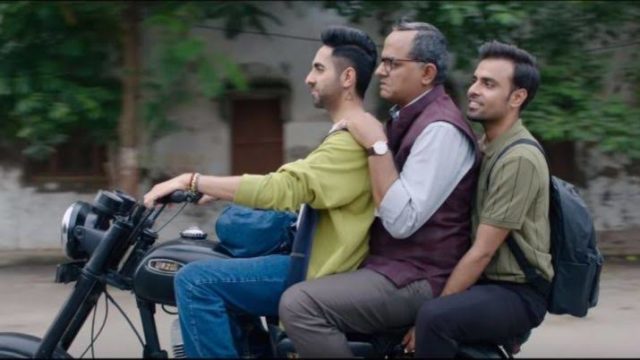 In the trailer, Kartik (Khurrana) and Aman (Jitendra Kumar) both wear normal clothes as normal people do. BECAUSE GAY PEOPLE ARE NORMAL!

Bollywood has stereotyped gay characters into speaking with a rather ‘effeminate voice‘ with strange hand gestures, they are deemed as being ‘Drama Queens‘. This was done to use them as a punchline of jokes because in Bollywood the characters were nothing but jokes. 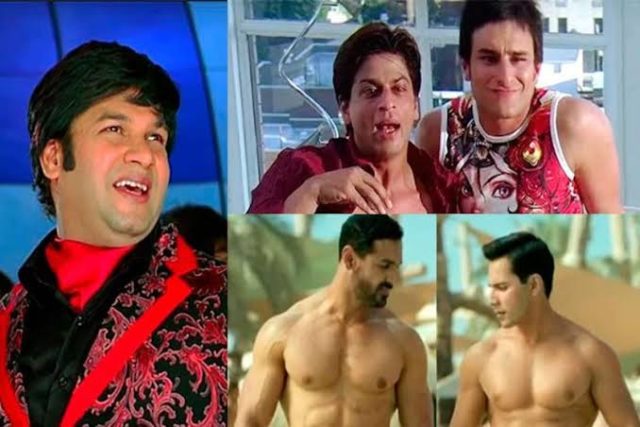 But Kartik, whenever he talks, never uses the ‘gay accent‘ because that’s not how people should be presented.

Kartik argues with logic and wit to combat society, not with terrible stereotypical hand movements which are nothing but society’s stupid generalisation.

Calling Out The Homophobia

The trailer shows Kartik calling out the homophobia, of society and of Bollywood.

He is in love with Aman but calls out his father Shankar Tripathi on his homophobia. The father wants his son to get married to a girl as he believes ‘it’ is nothing but a ‘whim‘ or ‘disease‘ which will be cured as soon as he gets married to a girl.

He calls out the people who think being homosexual is a choice, something that people can decide to be. As if homosexuality has an “on & off switch”! Kartik drapes a rainbow flag as a cape and shouts on a megaphone calling him out.

Even though it is his beloved’s father, Kartik tells it like it is, even if it further damages his relationship with the father.

As an act of retaliation, Kartik kisses Aman in front of everyone in the wedding causing onlookers to grasp. Talk about a clap back!

Kantaben from ‘Kal Ho Na Ho’ used to get hysterical even with the mere implication of Aman (Shah Rukh Khan) and Rohit (Saif Ali Khan) being gay, she used to burn incense and sage sticks as if she was getting rid of an evil spirit!

This can be observed in this movie as well when Aman is almost married off to a girl. His father thinks this is the only way to cure the ‘disease’ of homosexuality.

But Aman’s mother, played by Neena Gupta is seen accepting her son as she says, ”Maa ke paas dil hota hai (mothers have a heart)” in the trailer.

The mother is a symbol of how our society is slowly getting more open to the LGBTQIA+ community.

Section 377 was scrapped off in 2018. Since then our society is changing, slowly maybe but the change is here.

This year, with ‘Shubh Mangal Zyada Savdhaan‘, the audience is hoping that the tradition continues.

India’s Only Openly Gay Prince Once Had To Endure Shock Therapy, But He’s Now Opened A Help Center For LGBT People In His Palace

Reviews Brand Voice - October 26, 2021
October 26: When it comes to beautiful, glowing skin, there are some measures one should add to the skincare routine. However, including a new...