Home Lifestyle A Britisher Translated Bhagavad Gita From Sanskrit To English And Introduced It... 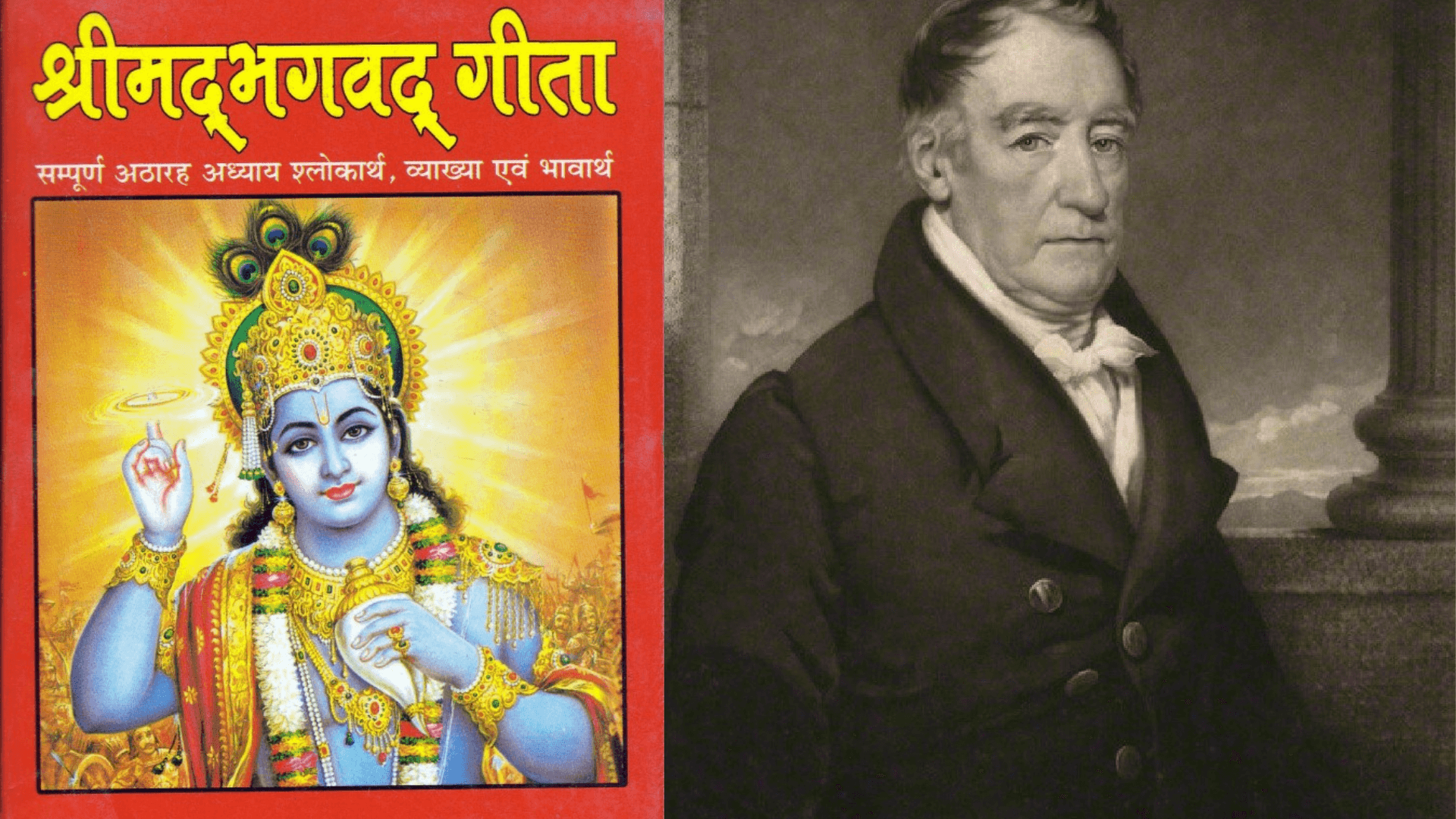 The Bhagavad Gita is a Hindu scripture that is known to be first authored by sage Ved Vyasa in the second century BCE.

It is a conversational narrative that encompasses a dialogue between Pandava prince Arjuna and his guide and charioteer Krishna, set in the backdrop of Mahabharata when the former was reluctant to fight the battle with his relatives and sought the latter’s sagacious guidance.

This centuries-old holy scripture holds great significance among its followers. It is known to be written in Sanskrit and hence, in the ancient Indian subcontinent, it was read and recited by the Sanskrit scholars or pundits only. 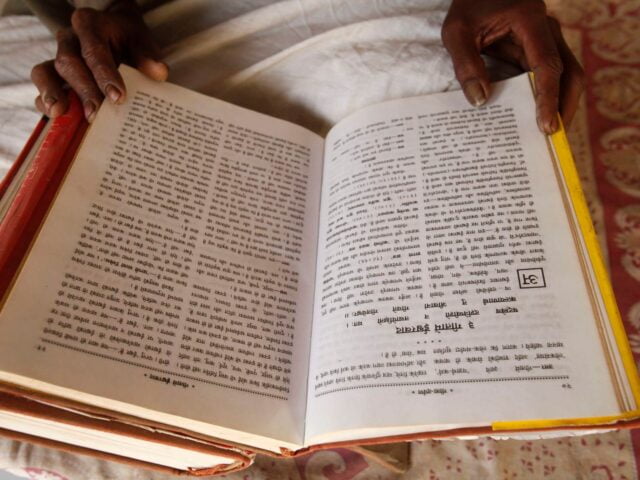 But, when the colonial rule of the Britishers was established in India, eventually, the scripture began to be translated into English but always through a middleman.

Also Read: Mount Everest Should’ve Been Named After This Indian And Not A Britisher

But the first-ever direct translation of the Bhagavad Gita from Sanskrit to English was done in November 1784.

In 1770, Charles Wilkins arrived in India to work as a printer and writer in the East India Company’s service. He was proficient in languages like Persian, Bengali and of course, English.

Eventually, he moved to Varanasi and started learning Sanskrit under the guidance of a Brahmin pandit named Kalinatha.

Then came the time when he got his aim at translating the Bhagavad Gita from Sanskrit to English and successfully fulfilled his duty by November 1784.

Supposedly, he also pursued some Bengali pundits to check his translation on the wages of a rupee a day.

It later got published in 1785 as Bhagvat-Geeta, or Dialogues of Kreeshna and Arjoon in London in 1785. 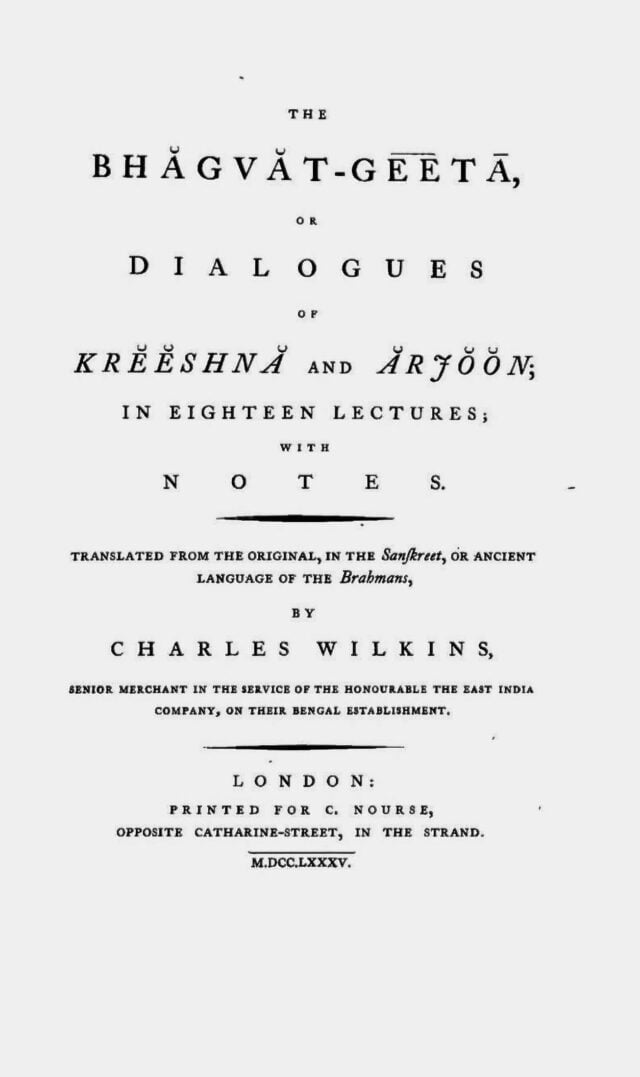 Charles Wilkins was a curious fellow who was keen to know and explore different regions for an excerpt from his biography on Wikipedia reads, “He was also a scholar of Islam. He stayed in India for 16 years. He also made visits to holy shrines of other religions to learn about their customs. During a visit to Varanasi, he made a stop at Patna, and visited Patna Sahib Gurudwara, the birthplace of Guru Gobind Singh Ji.”

Significance Of The Translation

Charles Wilkins’s translation was further translated into languages like French and German.

His work earned the Bhagavad Gita a global reach which not only influenced Romantic literature, but also the European perception of Hindu philosophy.

About the Gita, he opined that it was written to encourage monotheism and to draw Hinduism away from polytheism with regard to the Vedas.