20 Years Of Mentorship In The Network Marketing Industry – Marc Accetta

Written by a well respected mentor and coach who has spent the last twenty years of his network marketing career traveling to more than thirty countries in six different continents training over one million distributors on how to make part time, full-time or serious income in this profession. 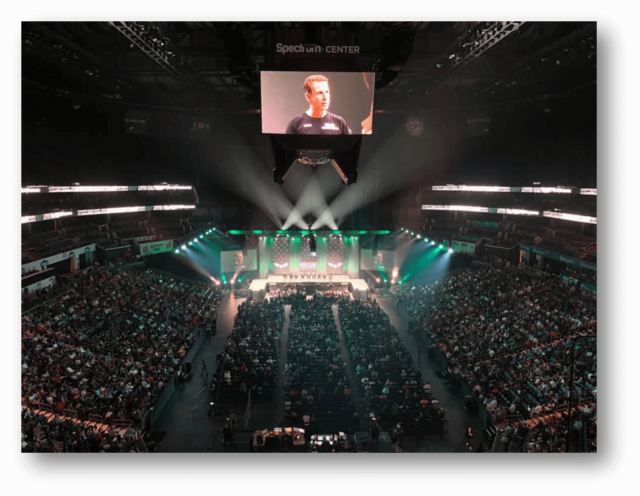 Do some people think you are insane?

One of my greatest fears growing up was that people wouldn’t like me or worse yet, they would think I was weird!

Maybe the most important thing I have learned of everything over the years is, to be a successful leader, you cannot be afraid of what others think of you. Mostly everyone who becomes extremely successful has had the average people in their lives think they were “crazy”.

To be genuine with you, it’s almost aright of passage. My mentor used to tell me, “If you don’t have a bunch of people telling you that you are crazy, you are not working hard enough!”

And you know what, he was right! Dogs don’t bark at parked cars! Most people are not DOING anything to become wealthy. Rather they are WATCHING those of us who are actually pursuing our dreams. They are criticizing us and talking about us. So why watch others? No one can score a goal or a touchdown WATCHING other players play!

I love this quote. Think about what it is really saying.

Don’t let other people’s limitations hold you back from being great! I was laughed at when I started my entrepreneurial career. I was actually ridiculed by a few people. It hurt at first. I didn’t understand why they would be critical and mean to me for simply pursuing my dreams, but they were.

The man who became my mentor taught me a simple concept. Watch what all the average people are doing and the do the exact opposite! Just because MOST people are doing it does not make it right. It makes it common.

Warren Buffett said he is fearful when others are greedy, and greedy when others are fearful! We just have to believe that we are indeed hearing music, and not let the critics who can’t hear it from dissuading us that it is playing.

I decided that I couldn’t do anything about the critic’s criticisms, but I could absolutely do something about how I responded to them.

I am a huge Nick Saban fan. He has been the head coach for Alabama University football for about a decade. At one point he coached the national championship team three to four years. One of my favorite quotes of his says, “average people don’t like high achievers and high achievers don’t like average people”!

I love it! He is right. They just don’t get it. They think we are crazy BECAUSE WE ARE PASSIONATE ABOUT SOMETHING IN OUR LIVES in a way that they have never experienced!

So dance! Have a blast! Do whatever you want as long as it’s legal and doesn’t hurt anyone else. We only live one life. This is not a dress rehearsal. This is our one shot; so don’t let someone else’s laughter stop you from living the life that God intended you to live!