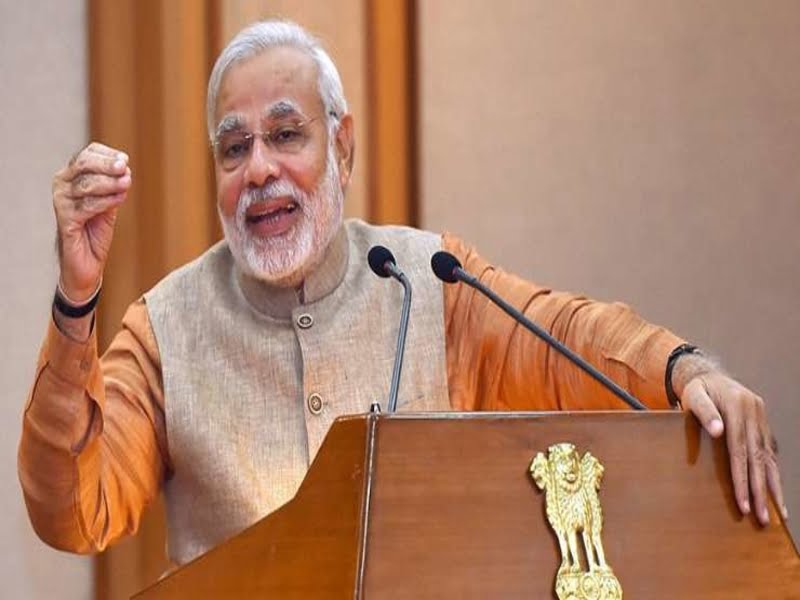 Remember how this phrase used to dominate the media space in India 4 years ago, when the country was heading for its 16th general elections? Ah, good old days!

Now whether or not ‘achhe din’ ever came is a topic for another day, there’s something that every Indian used to discuss when Narendra Modi, while campaigning for the elections, made a bold claim of transferring 15 lakh rupees in the bank account of every Indian.

In the 2014 speech, Modi had claimed that the amount of black money that the corrupt have deposited in foreign banks is so much that if we bring it back to India, every poor can get rupees 15-20 lakhs in his bank account for free.

He promised in his speech that if his party, Bhartiya Janta Party (BJP) is brought to power, he will make sure that every penny is brought back and is used for the welfare of the poor.

More than four years have passed since the BJP government came to power, but the poor countrymen are still waiting for 15 lakh rupees (or even benefits worth that money) to be transferred to them.

Guess what? We won’t be getting 15 lakh rupees in our bank accounts. *surprise surprise*

In a recent interview telecasted on a Marathi channel, senior member of the BJP, Nitin Gadkari talked about Modi’s bold promise, and he seemed to have offered the opposition parties a chance to pounce on the BJP, and more specifically on Prime Minister Narendra Modi.

“We were very confident that we would never come to power, so we were advised to make tall promises,” said Gadkari during the show.

“Now that we are in power, the public reminds us of those promises made by us. However, these days, we just laugh and move on.”

The fact that these comments are coming from the Union Minister of Road Transport and Highways of India is hardly believable. His comments seem to suggest that the BJP won the 2014 elections by making tall claims that weren’t realistic.

Congress was quick to take note of this interview, sharing a clip of the interview and saying that Gadkari’s comments prove that BJP government was “built on Jumlas and fake promises”.

Congress President Rahul Gandhi couldn’t let go of this opportunity too, as he tweeted:

Also Read: “PM Modi Is A Chor Who Has Stolen Even A Kid’s Heart” – How A Young Girl Won Over Twitter By A Simple Birthday Wish

On November 26, 2016 – 18 days after the Prime Minister announced demonetization, Mohan Kumar Sharma filed a RTI application, seeking to know the date when Rs 15 lakhs will be deposited in the bank account of every citizen.

The applicant later claimed that he had not received complete information by Prime Minister’s Office (PMO) and the Reserve Bank of India (RBI).

However, the PMO said that the information sought in the application did not come under the definition of ‘information’ as per section 2(f) of the RTI Act.

Earlier in 2015, when the BJP President was reminded of the promise that Modi had made during the campaigning, he called it an ‘idiom’ that was not meant to be ‘taken literally’.

“Modiji’s statement was an idiomatic expression (jumla) that was given during the Lok Sabha polls. Everybody knows that this black money doesn’t go to accounts of people.”

We all know and acknowledge the fact that the ‘promise’, if it may be called so, was never a realistic one.

Even if they did manage to successfully bring back all the black money deposited in foreign banks, one cannot give it away for free in the open market. Doing that would be an economic disaster that would lead to hyperinflation and other related problems.

However, the point is that making such claims to win the elections in a country of more than a billion people is not a wise move.

One cannot predict how the Indian people, and even the media may react to it. It only gives opposition parties a chance to demean the government and provoke the people.

In Pics: PM Modi Wins Champions Of The Earth Award – Is It For Real?