Home Campus Why Is Tamil Nadu Not Allowing The NEET Medical Exam? 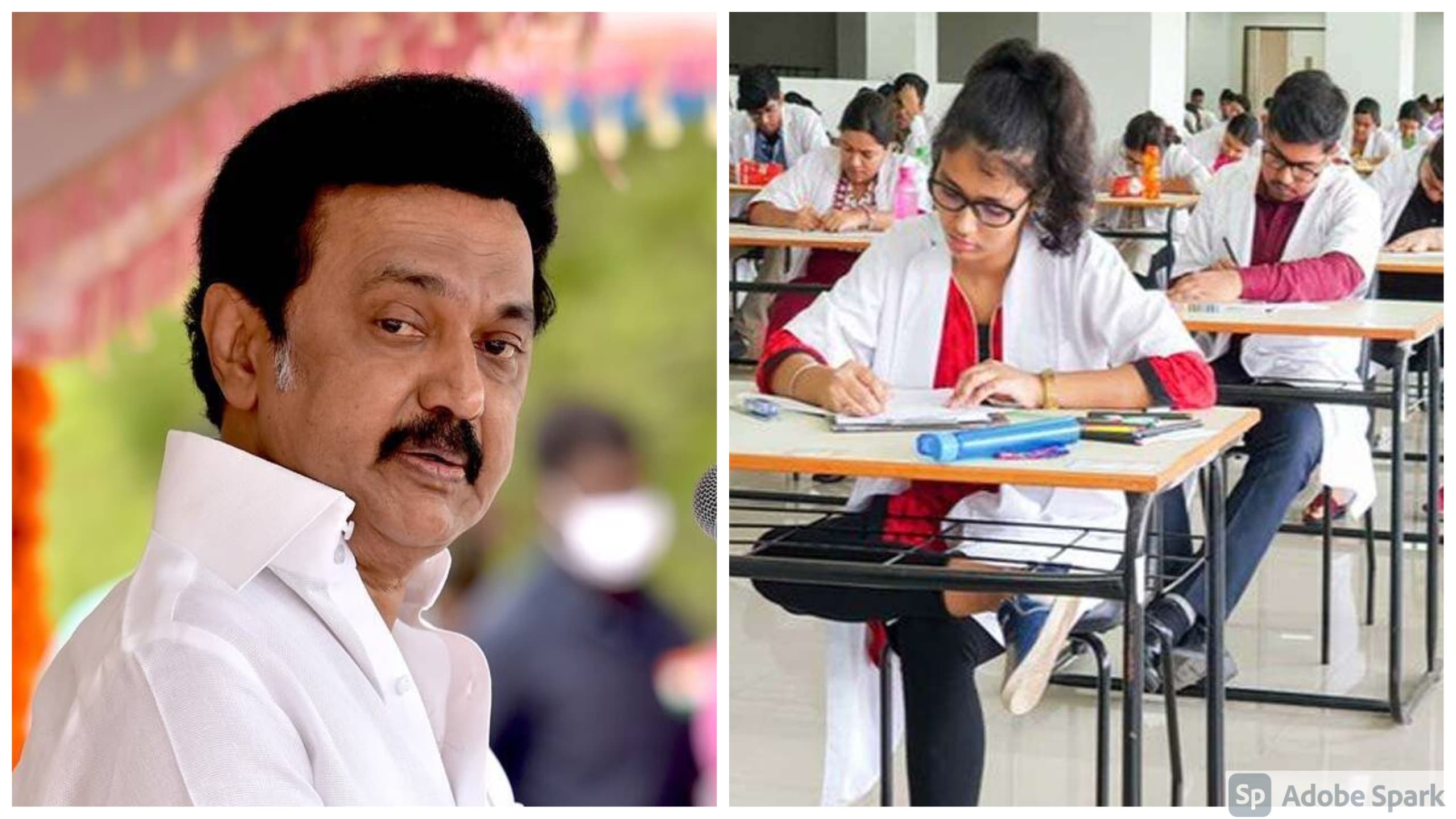 With the pandemic still affecting and infecting scores of Indians the nation over, it has also had a quantifiable effect on our society, especially the educational fraternity.

Numerous institutions and organs have come up with measures to tackle the pandemic, and inadvertently, come up with new age methods to make education more accessible for everyone on an online sphere.

However, with competitive exams still a bother for scores of students who have not had similar access to study materials, the Tamil Nadu government sought to have the NEET ruled out for students wanting to pursue medicine.

The Tamil Nadu government decided this week that having the NEET held this year during the course of the pandemic would deem terrifyingly unhealthy for the concerned candidates.

Furthermore, the conclusions drawn with the competitive exam being expunged are fair and the need of the hour. Thus, they shall be elaborated further upon.

Why Is The Tamil Nadu Government Expunging NEET From Next Year?

They detailed out the severe limitations and unfair rulings posed by the NEET method of entrance tests, as it was noted in a survey that it favoured more affluent candidates as opposed to the rural and poorer sections of the Tamil society.

The Bill to expunge the tests were brought about in light of a twenty year old candidate’s suicide owing to the fear of failure of cracking the NEET examination.

The twenty year old candidate, Dhanush, from the village of Koolaiyur in the Salem district of Tamil Nadu, was declared dead on the eve of his examination, on the 11th of September.

Purportedly, the candidate belonged to a Most Backward Caste (MBC) community and had already sat for the test twice before and unfortunately, had failed to crack both of his initial attempts. According to his parents, he had succumbed to terrible bouts of depression in fear of failing to clear the NEET exams for the third time.

Dhanush’s uncle, Vaitheeswaran, had informed the media that Dhanush spent the entire night studying; however, when everyone in his family fell asleep, he took his own life. Additionally, he also pleaded with the government to help prevent such other deaths from taking place because of an entrance examination.

“I urge the government to take measures to prevent such deaths due to exams and repeal the NEET exam.”

Thus, with that in context, the Tamil Nadu government introduced the said Bill in the legislative assembly. The Bill was passed unanimously with only BJP members opposing it. Opposition members from the AIADMK strongly favoured the introduction of the Bill.

It also must be noted that during the UPA rule in India, the AIADMK run government in Tamil Nadu had successfully expunged NEET examinations from the state. However, with the BJP arriving into the furlough, the NEET exams were declared mandatory in the state as well.

What Does The Bill State And How The Presence Of NEET Affects The Tamil Candidates?

The Bill introduced in the state legislature insinuates that with it in tow, it will make NEET exams redundant in the state and shall be replaced by the candidates’ 12th Boards marks to get into medical colleges. Owing to the exams already underway, the bill can only take effect from the following year (2022).

The panel’s survey observed that candidates, both rural and urban, with a family income of 2.5 LPA and belonging to Tamil medium schools, are barely represented in the medical fraternity.

The Dravidian parties were quick to join the celebrations as they had always opposed the NEET examinations as they always believed it to support the rich and powerful while the poor, rural population suffered the throes of their social status. Former Health Minister, Dr. C Vijaya Baskar, belonging to the AIADMK, exclaimed the party’s support, stating;

“We are supporting this. Let’s see if this strategy works.”

Has The Bill Been Implemented Already?

As of now, the Bill has yet to reach the desk of the President for their approval, however, as has happened in the past, the President has announced his disdain for a Bill as such.

However, as stated by Alok Prasanna Kumar, the co-founder of Vidhi Centre For Legal Policy, the Tamil Nadu government is using a different strategy to tackle the NEET examinations. He said;

“The Tamil Nadu Bill addresses NEET from a very different direction. While one angle is federalism, the second and the more interesting angle, is coming from the public health perspective.

Tamil Nadu is saying that this measure is actually necessary for public health, rather than just professional medical education, therefore bringing into question the validity of NEET itself. This is the first time a state has challenged this and I feel the Tamil Nadu government has new grounds to contest NEET.”

It is further supported by the panel’s observations of the NEET jeopardizing the public health sector in the state as the number of doctors at Primary Health Centres will only decrease with each year.

Hence, it only remains to be seen as to which direction this Bill takes, however, it would prove beneficial for the Tamil government to come up with an alternative if the Bill fails to make it past the President’s table.

ED VoxPop: Do Genz Think The Idea Of Feminism Is Overhyped?