Feminism is an idea that envisages equality of sexes on the account of social, political, economical and cultural aspects. Although, it has no particular definition as its meaning and application is dynamic and keeps evolving from time to time and from person to person!

These days ‘feminism’ and its significance is a hot topic of debate and discussion among the common folks, especially the youth of the country.

Feminism that started as a movement to advocate for women’s rights on the grounds of gender equality in the 1900s witnessed many changes in its interpretations.

Today, many question its existence, calling it biased towards women. They believe that it has lost its primary goal of raising issues of both genders and has merely become a tool for women to misuse against men. They attribute the rising numbers of fake cases lodged by women to falsely accuse men.

While, on the contrary, there is a section of people who still believe that feminism speaks about gender equality in all aspects. It not only includes men and women, but also talks about raising the issues of the LGBTQ community.

A large number of people also believe that it plays an essential role in advocating women’s issues and empowering women to take independent decisions. They argue that equality is still a dream for many women and feminism is a path for their emancipation.

So, what does ‘feminism’ truly stand for? Is it relevant today? Does it serve the function of creating a gender neutral society? Is it overhyped?

Well, we asked a few college students about this. Let’s see what they have to say about it! 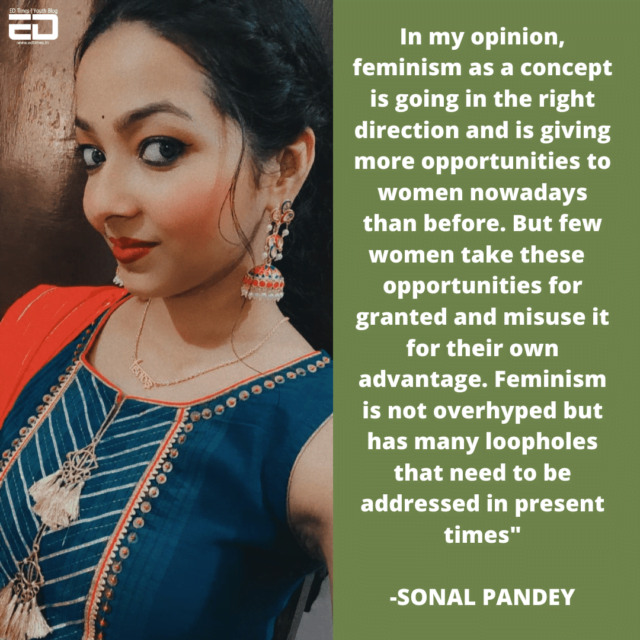 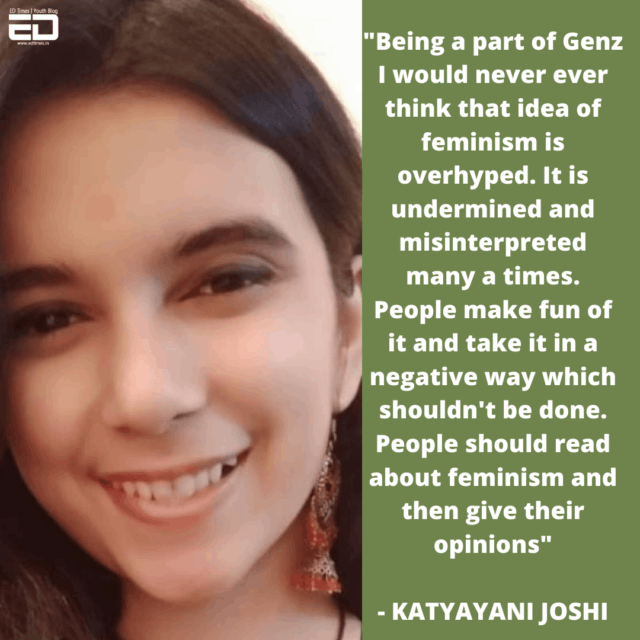 Read More: ED VoxPop: Are Millennials Marrying Out Of Boredom And Cost Benefit In The Pandemic? 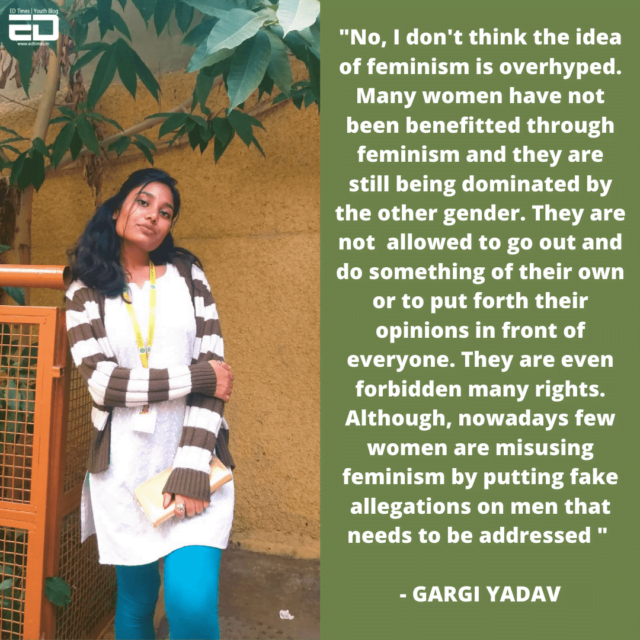 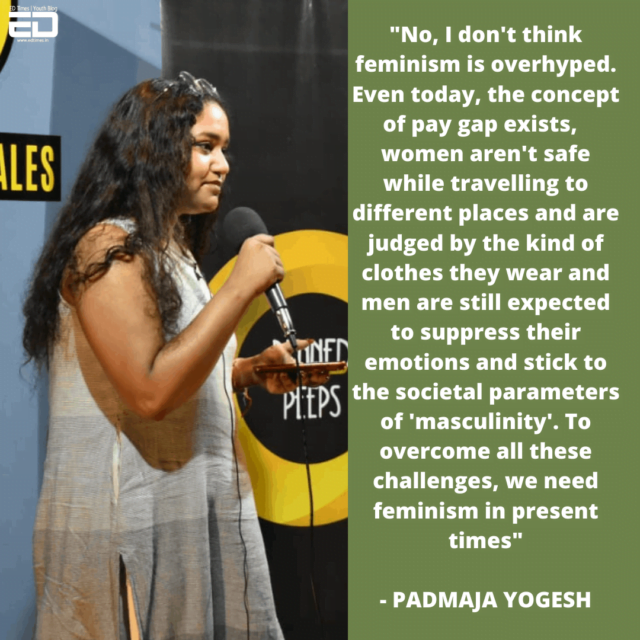 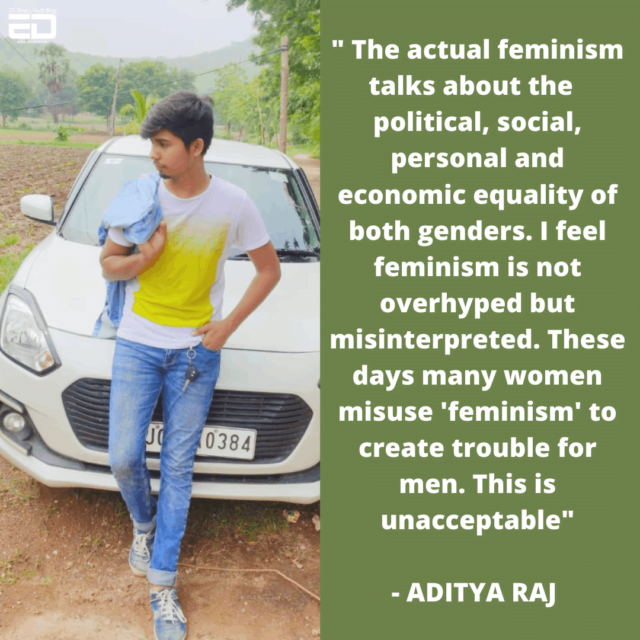 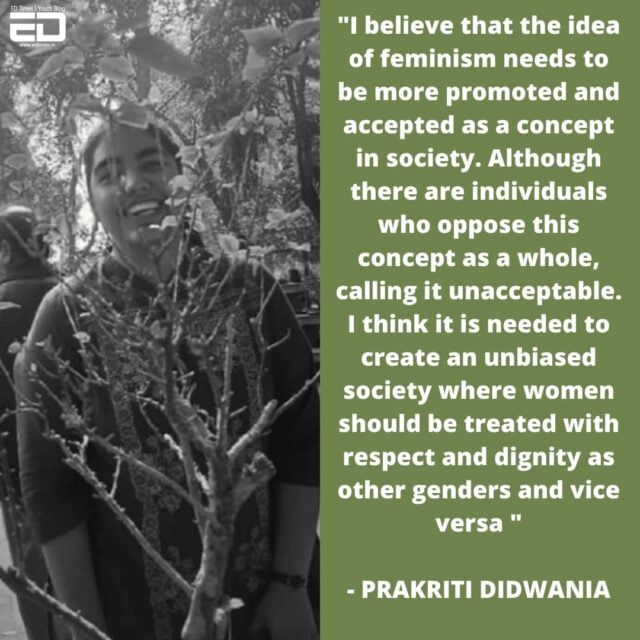 What Are Some Of The Funniest And Weirdest Things That Desi Parents Say Or Do? ED VoxPop Tells You