We are living in a period of a technological revolution.

With the introduction of technologies like artificial intelligence, machine learning, the internet etc., the common man is trying hard to catch up with the digital world.

Keeping up with the progressive phase, the latest term getting popular in the market is ‘digital currency’.

Digital currency is a type of electronic money that can be easily transferred to various networks across the Internet.

With this said, the latest one to join the league of digital currency is Facebook CEO, Mark Zuckerberg.

Zuckerberg recently announced that the social networking site, Facebook will be launching its very own digital payment platform via Libra.

Libra refers to the virtual currency backed up by the social networking site Facebook. It is a type of cryptocurrency that as per Wikipedia is- a digital asset designed to work as a medium of exchange that uses strong cryptography to secure financial transactions, control the creation of additional units, and verify the transfer of assets.

Facebook’s objective is to turn Libra into a global currency to make money transfers as easy and as quick as sharing a photo across the globe.

Libra is designed to function on a blockchain i.e. “an open, distributed ledger that can record transactions between two parties efficiently and in a verifiable and permanent way”.

The best part about blockchain is that these exchange platforms are decentralized and are linked with cryptography making it a credible source that is restricted to any data modifications.

How Is Libra Beneficial To Common Men?

The main objective validating the concept of Libra is “reaching out to the unbanked”.

Considering a large number of around 1.7 billion people globally are living without a bank or a proper finance system to access their hard-earned money, Libra comes to rescue the same.

The technology is being introduced with the mission “to empower billions” by providing financial services worldwide at a cheap capital.

With the popularity of smartphones and easy access to the internet, online money transfers via cryptocurrency at a minimal cost is a secure and trusted facility saving both time and money.

It is also believed that a global, open, instant, and low-cost movement of money will create immense economic opportunity and more business across the world.

Unlike Bitcoin, Libra is deemed to be a ‘stable coin’ which is backed up by reserve of assets and is independently operated by the members of Libra association, making it a trusted and secure monetary medium.

Also Read: Laxmicoin, India’s First Own Digital Cryptocurrency: Here’s All That You Need To Know

What Is The Discord Concerning the Digital Currency?

Deemed as the “internet of money”, Libra is currently facing a lot of criticism from the lawmakers.

Surprisingly, some of the initial partners of the Libra Association have bolted out of the deal just before its first inaugural meeting in Geneva. 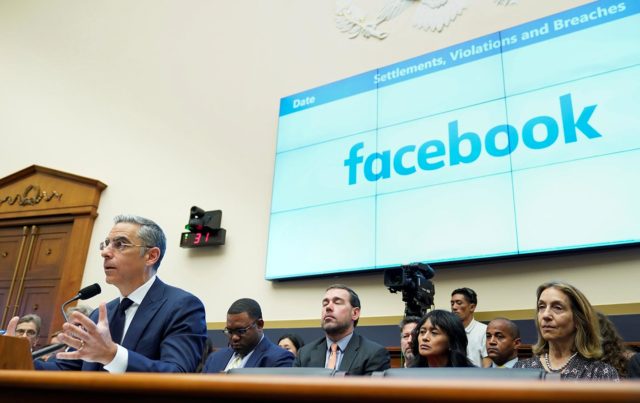 Things went awry for Zuckerberg shortly when various world leaders slammed Libra for its potential threats. The authorities are worried about Libra being used as –

The G7 group consisting of the world’s most powerful nations issued a warning, declaring Libra to “pose challenges for competition and antitrust policies”, consequently, thwarting the launch of the project.

In a recent sitting between the US Committee and Zuckerberg, the young CEO was mocked and turned down for his digital currency plans blatantly.

California Rep. Maxine Waters said, “As I have examined Facebook’s various problems, I have concluded that it would be beneficial for all if Facebook concentrates on addressing its many existing deficiencies and failures before proceeding any further on the Libra project.”

The Fate Of Libra

Facebook holds a large network of 2 Billion active users. The popularity of the social network turning into a monetary exchange platform is similar to managing a privately run inclusive financial infrastructure.

The lawmakers and central bankers are intimidated by the immense power possessed by Zuckerberg which can disrupt the global financial system at a fast-paced timeline and thus is a threatening project.

Whereas, Nobel Prize-Winning Economist–Freidrich Hayak believed that the decentralization of currency and issuing private money would banish inflation from the world since people can only use the currency most stable in value.

While Libra’s fate is yet to be decided, being a tech enthusiast, I believe that the project will be a boom to the silicon valley and a milestone in the era of technological revolution and in no time can be a thing of the near future!