The Game Of Thrones series finally came to an end this May with its 8th season landing like a plop of messy dough on the table.

Instead of the perfect finale that millions of fans had been awaiting since day one, we got a rushed and half-baked season that left almost all of us disappointed.

And perhaps that is why the news of the new prequels to the Game of Thrones universe are just not enough to bring any excitement to me as a fan of the original show.

It has been announced that HBO is officially taking forward the prequel series of Game of Thrones (GoT), titled House of the Dragon.

The series based on the George RR Martin book Fire & Blood is supposed to be 10 episode long with the Targaryen dynasty being the main characters.

The show set around 300 years before the events of GoT happened will revolve around the earlier Targaryen rulers like Aegon the Conqueror, the first ruler of Westeros, and Aegon the Dragonbane.

They have previously been mentioned in Game of Thrones as being ancestors to Daenerys Targaryen (Emilia Clarke) and Jon Snow (Kit Harington).

The original show-runners, David Benioff and D.B. Weiss from GoT will not be coming back for the prequel. Instead Ryan Condal and Miguel Sapochnik, who created some of the most popular GoT episodes: ‘Hardhome, ‘Battle of the Bastards,’ and ‘The Winds of Winter’ will be coming on board as show runners.

George R R Martin will also be serving as a creator alongside Condal for House of the Dragon. 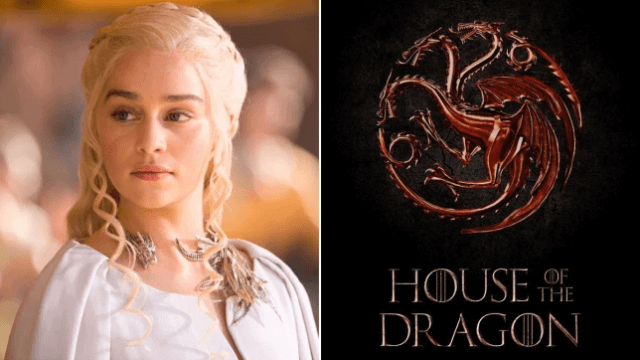 Will It Really Work?

The Game of Thrones universe has been a bit chaotic especially when it comes to the spin-offs and prequels.

Although quite a lot was announced an year or two ago, not all of them are seeing the light of the day.

While House of the Dragon might be on, another one called The Long Night has reportedly been cancelled.

With Jane Goldman as show runner and starring Naomi Watts, the show was an ambitious look at Westeros’ Age of Heroes set around 8,000 to 10,000 years before GoT.

The show would have taken a look at the origins of the White Walker, Night’s Watch, and how the two great Westeros houses: the Starks and the Lannisters came to be.

This show had been given the go-ahead back in June 2018, however, various issues during post-production including a lot of re-shoots, continuous editing and problems during the actual shooting of the pilot are said to be the cause of its demise.

That is why I don’t have much hope of this new series focusing at the Targaryen family.

Also there are a couple of other thoughts I have regarding these prequels and spin-off series:

To be honest, at this point any GoT prequel or spin-off seems more like a cash grab than anything else.

The producers mainly HBO here know how big of a fanbase the universe has, both from the books and the show along with the latter also gaining critical acclaim.

So now that the main show is getting over, what is the best way to keep that attention on them and the money flowing from the gullible viewers?

Create lots of spin-offs. This will lead to more media attention, because the term ‘Game of Thrones’ will be used practically everywhere, new merchandise, etc off which HBO can earn millions from. 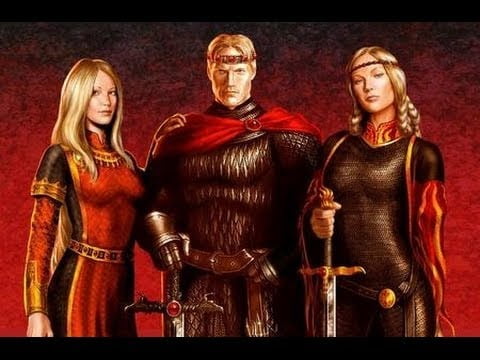 Another reason why I believe these prequels won’t be able to succeed is because of the sh*t-show that were the last 2 seasons of GoT.

All the respect and love the show had collected over the years went down the drain faster than you can say ‘peanut butter’ because of idiotic decisions that the show runners made.

The last season especially and how everything was handled in it has seriously left a lot of people really wary of anything GoT related.

Also, I feel as if quite a lot of people are ready to move on from the Game of Thrones universe. It was a fun and interesting ride that lasted 8 years but it has kind of lived its life.

#3. Is The Premise Interesting Enough?

Even if the fans do decide to give this show a chance, one has to wonder if the premise really is interesting enough to hold their attention or not.

The difficult plot could be one reason that The Long Night was cancelled, because no one is really that interested in the Stark family or how Westeros came to be about.

The whole White Walker thing could have been interesting but it is now tainted by the 8th season of GoT where we saw how incredibly easy it was to kill the Night King (supposedly an extremely powerful creature).

The House of the Dragon focuses more on the Targaryen Civil War, and will most probably feature important characters like Aegon and his sisters, Visenya and Rhaenys.

But somehow I believe that the makers will mostly give attention to the dragons, the incest and big epic battles.

Also prequels or spin-offs are tricky to pull off in the first place. Many of them including Star Trek: Enterprise, The Carrie Diaries, Gotham, have failed even though their original series was extremely popular and well-liked.

#4. The Original Cast Won’t Be There

The biggest factor that could work against this show is the fact that the original cast won’t be there.

Sure the plot of Game of Thrones had a part in the popularity of the show, but it was also the incredibly talented and well-suited cast that made us return.

I as a viewer had given up on the story itself in season 5 of GoT, but it was the way Emilia Clarke portrayed Daenerys, Peter Dinklage’s Tyrion Lannister, Lena Headey giving us the one of the best villains in Cersei Lannister that really pushed me to complete the show.

Even Lord Varys, Brienne, Jorah Mormont, and more such characters were so well written in the earlier seasons that it was a treat to see their scenes.

So the fact that the original cast won’t be there could be an obstacle for the new show.

However, I am holding out just a tiny bit of hope for this one since the plot of the show is based on Martin’s book Fire And Blood that has a lot of material for how Aegon conquered Westeros and their family dynamics.

Maybe it could be a decent show. But overall, I believe that all these prequels and spin-offs were not really needed right now.