Home Social Opinions Why Do Men Suddenly Not Want To Get Married In India? 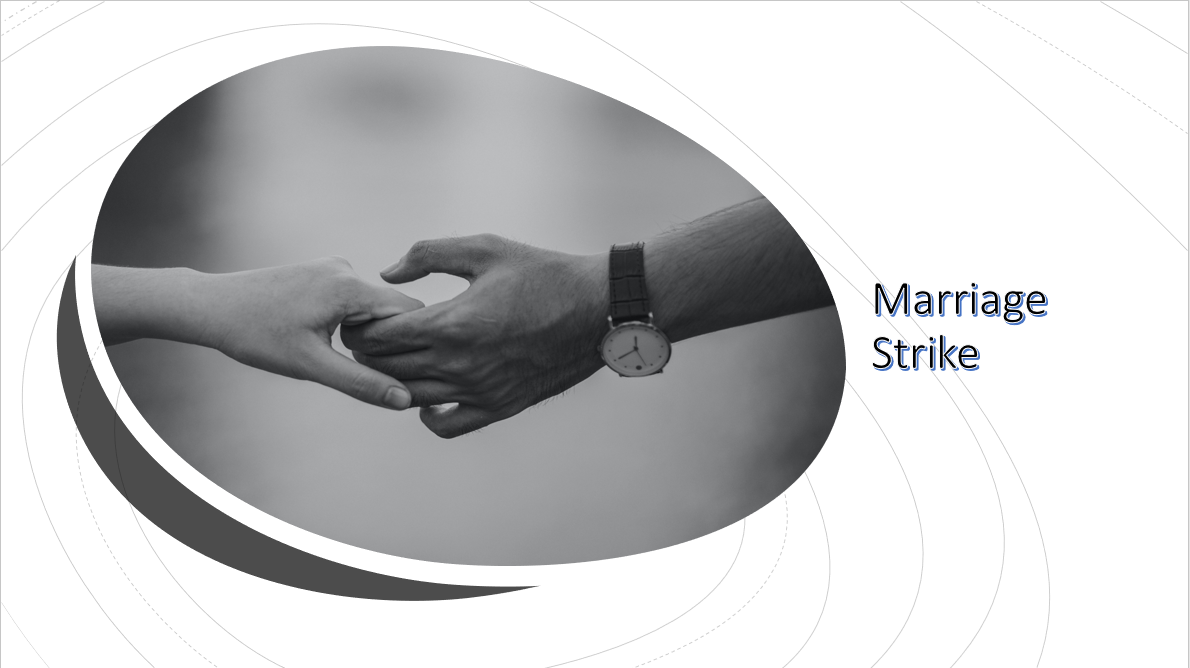 This means that a woman can be raped by her husband in the confines of their home, which is ironically supposed to be the safest space for a person. To make matters worse, she has no legal protection as the constitution doesn’t consider sex against consent between a man and his wife a crime.

But, women activists and NGOs working towards women empowerment are demanding a change. But, many Indian men are not okay with their demand as they feel that it would make them vulnerable to false accusations by their wives.

They have taken to social media to voice their dissent and are practically threatening to not get married if a law criminalizing marital rape is passed. The hashtag #MarriageStrike has been top trending on Twitter since the afternoon. 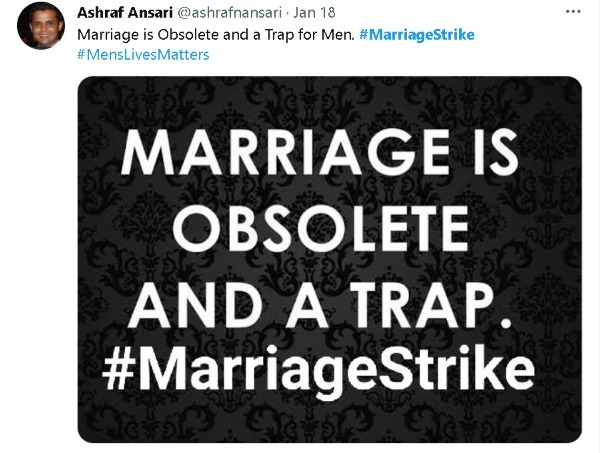 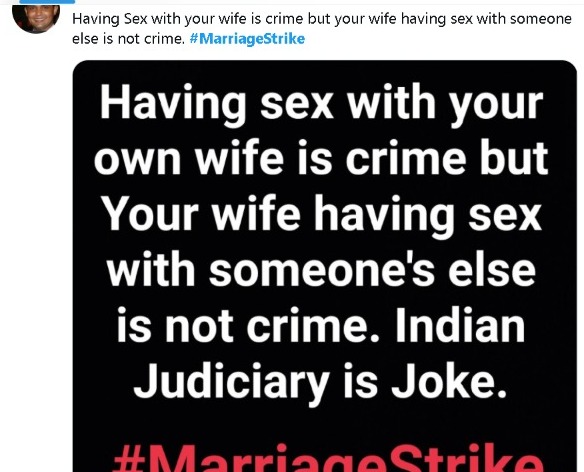 People are using #MarriageStrike as a means to release their frustration towards feminism. 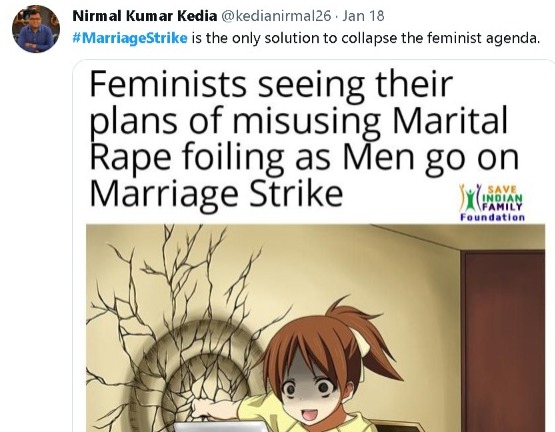 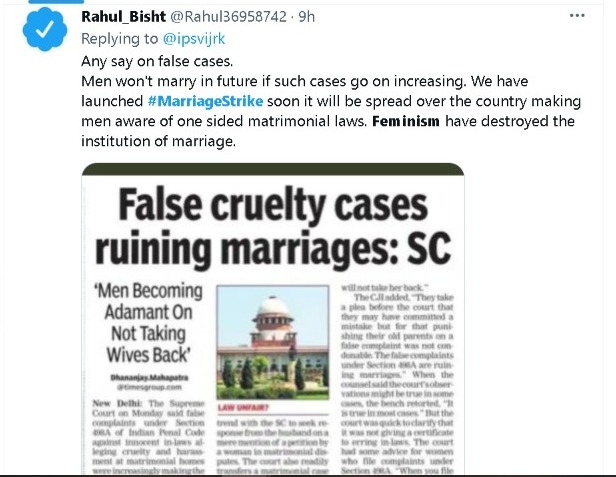 Read More: Indian Laws Promote Marital Rape, This Is How

There are many more tweets by people and the trending ones are right here: 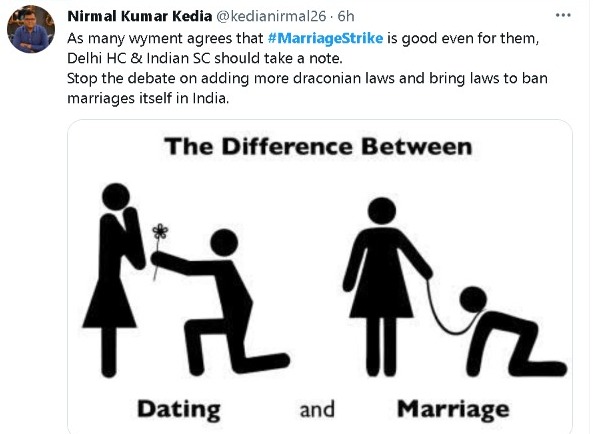 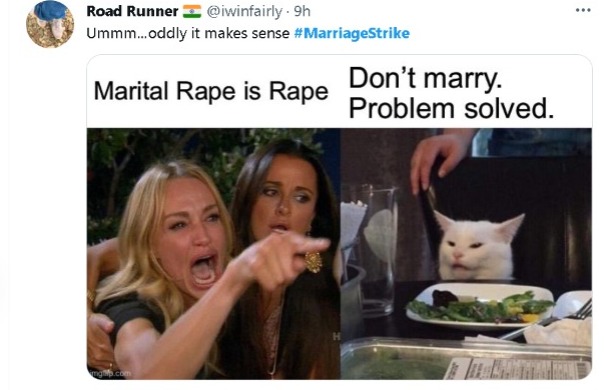 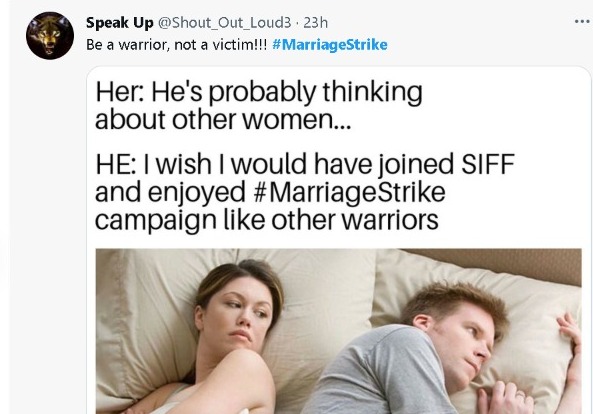 People are also protesting against alimony that wives demand after divorce and how it deprives men of their hard-earned life income. 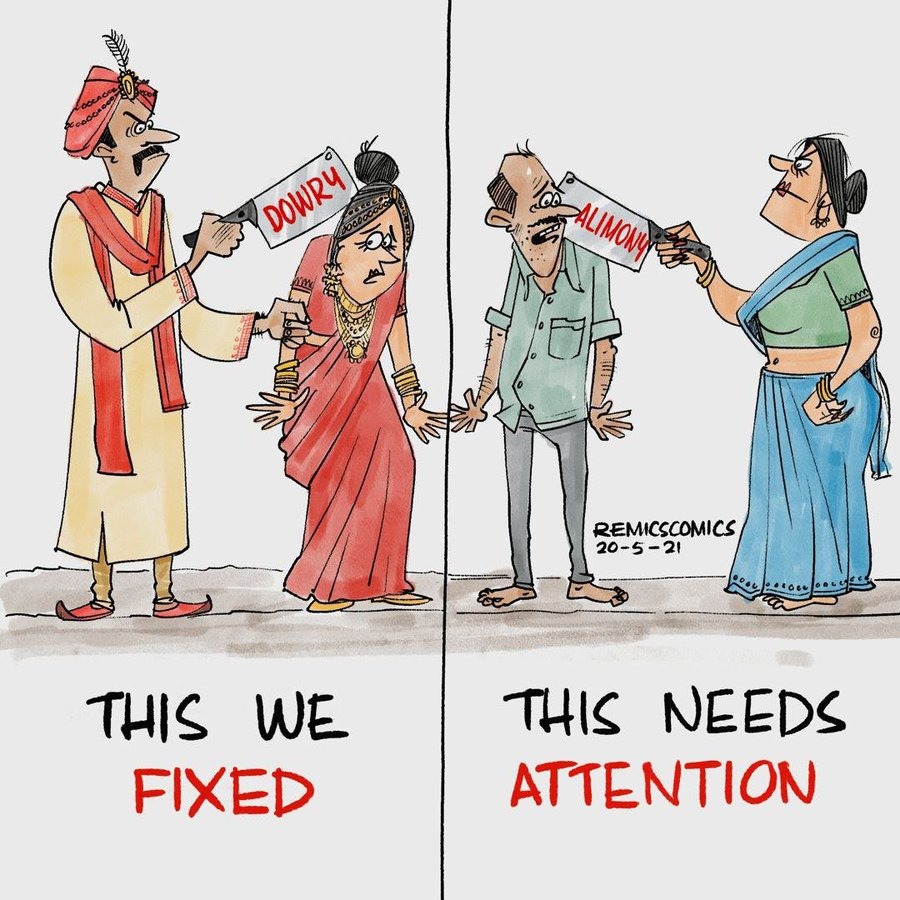 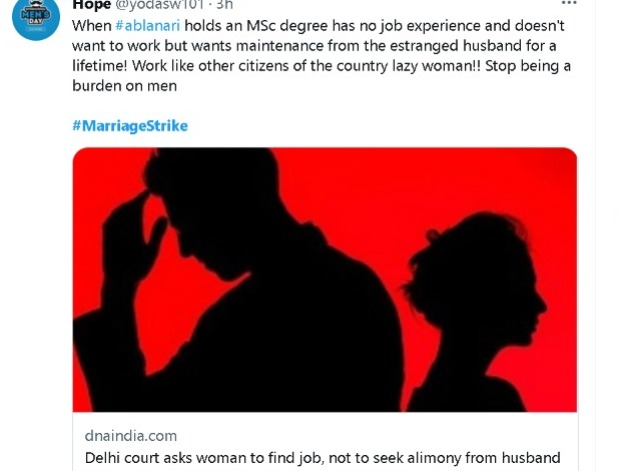 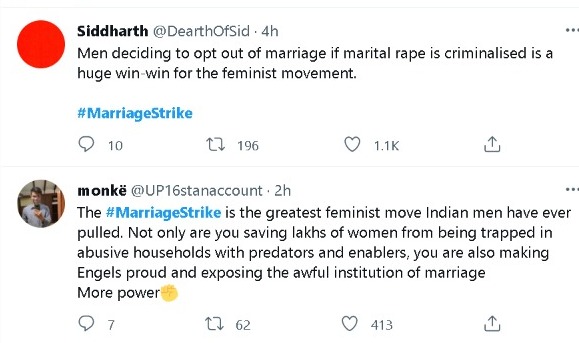 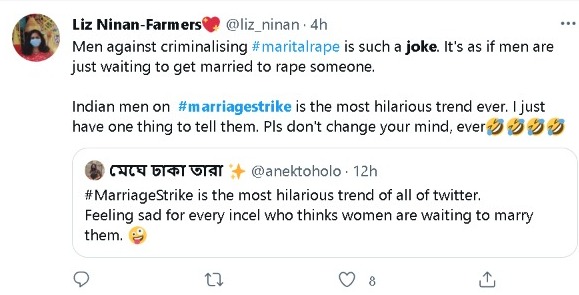 Rape is not a joke, not even if it’s happening within the bounds of marriage. The criminalization of marital rape could be a welcome step and empower women who suffer because of the lack of any legal cover.

Simultaneously, it is also true that it could be weaponized against men. Dealing with such controversial cases is truly a challenge and the public finds itself divided. What do you think about it? Is #MarriageStrike an appropriate way to protest against it? Let us know in the comments section.

ED VoxPop: We Asked Millennial Males If Marital Rape Is Rape Or Not