ED VoxPop is where we ask people different survey questions and get responses to conduct a sort of a poll of our own.

Marital rape is an important socio-legal issue. The political debates and social discourses surrounding it have fueled various discussions on feminism and the rights of women in a marriage.

Such discussions are extended to the sexual rights of a married woman and the denial of the same that has been happening due to the patriarchal mindset of the society. The concept of considering a woman as a property has been hailed and criticized time and again by jurists and courts.

What Is Marital Rape?

In layman’s terms, marital rape refers to forced sexual intercourse between a husband and wife. Since gender-neutral rape laws do not exist in most countries, marital rape is generally perceived as the rape of a wife by her husband.

The basic causes of these kinds of rape are either insecurities or anger issues. There are various other reasons as well which are attributed to marital rape.

These reasons range from sexual dominance, venting of anger by the husband, sadism, degradation of the woman and assertion of control by the husband over a woman. 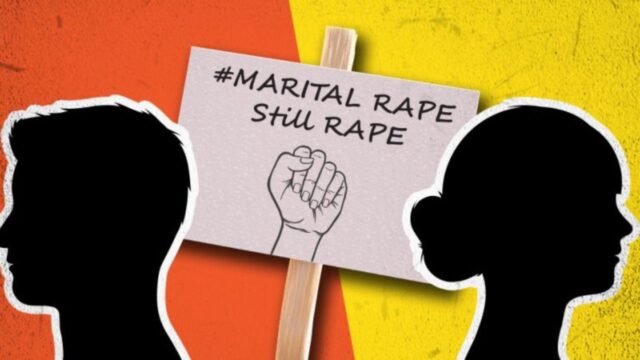 The idea of marital rape emerged after the industrial revolution. When the first wave of feminism was launched throughout the globe, discussions on marital rape started. Thereafter, several women came forward to register cases of marital rape.

Over the years, the presumption of a woman being a man’s property was shattered. Currently, only 36 countries in the world do not have marital rape laws.

Read Also: Where Kartik Aaryan Normalizes A Marital Rape Joke, Rajpal Yadav In 2005 Was More Sensible About The Same Topic

There isn’t any agency that collects data on marital rape in India. This is because marital rape isn’t an offence in India. In Section 375 of the Indian Penal Code, a ‘marital exception’ has been provided. The legislation states that a husband cannot rape his wife.

To know the views of young men on this draconian legislation, we asked them their opinion on marital rape. 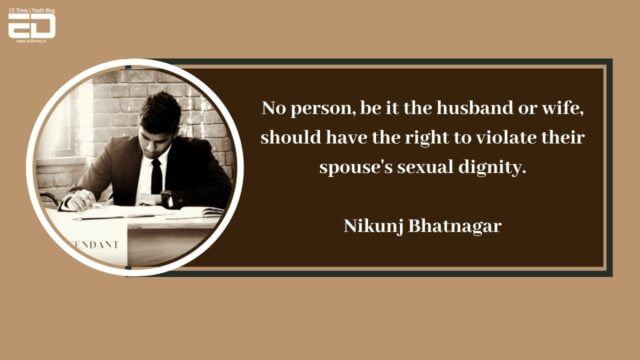 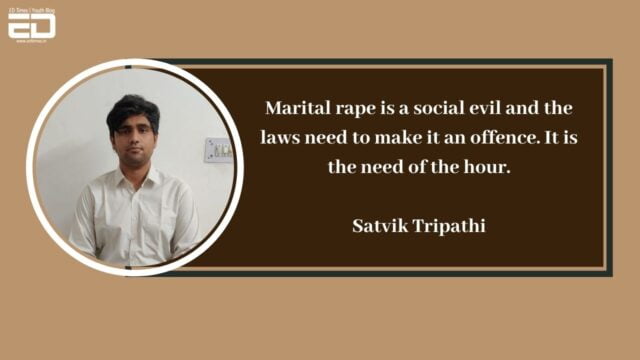 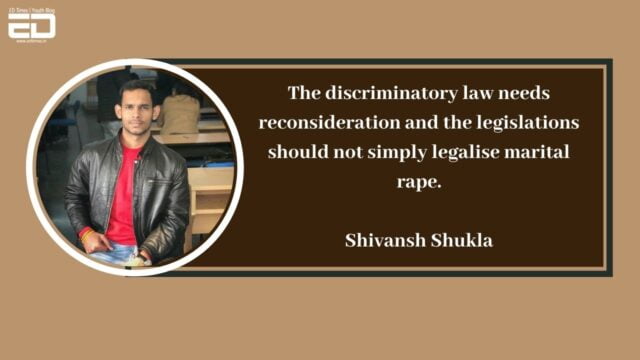 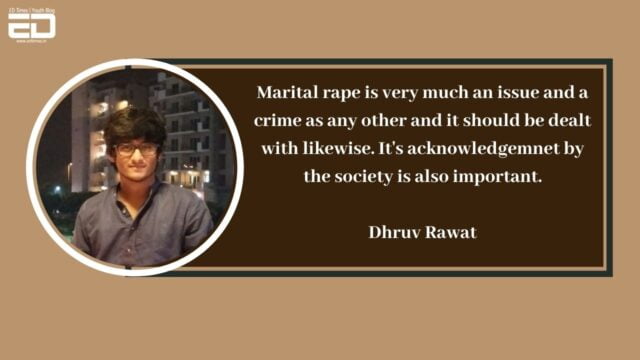 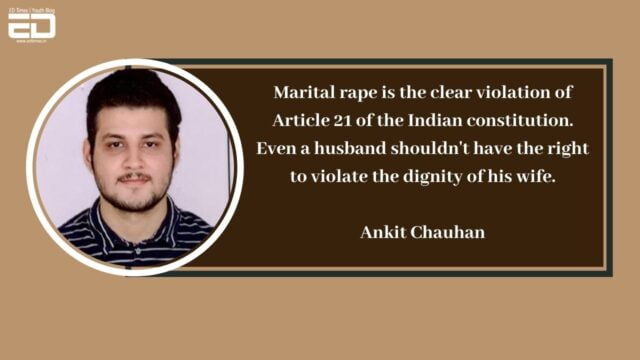 Considering the views of millennial men we talked to, we can conclude that the future of India is in safe hands.

Marital rape is a matrimonial evil that requires recognition from law and society. It is important to bring an end to the atrocities of this kind to develop a healthy society.

Why India Will Never Have Laws Regarding Marital Rape