India is a country where laws related to family life aren’t uniform. Indian religions govern the laws applicable to people who live within the country and their family matters. The matters related to marriage and divorce for the religious community which is highly populating India are prescribed under the Hindu Marriage Act.

The Hindu Marriage Act mentions the rituals to be followed under a Hindu marriage for it to be considered solemnized under the law. Also, it mentions the forbidden relations within which marriage can happen in Hindus along with grounds for divorce.

Another aspect of the Hindu Marriage Act which must be considered while dealing with the issues surrounding marriage, women and family life is is the concept of restitution of conjugal rights.

Marital rape is a social evil which is has been denounced by several countries. India is one such country that doesn’t criminalize marital rape, i.e. rape by a husband on his wife. As per the Indian Penal Code, there is an explicit marital exception in the definition of rape. 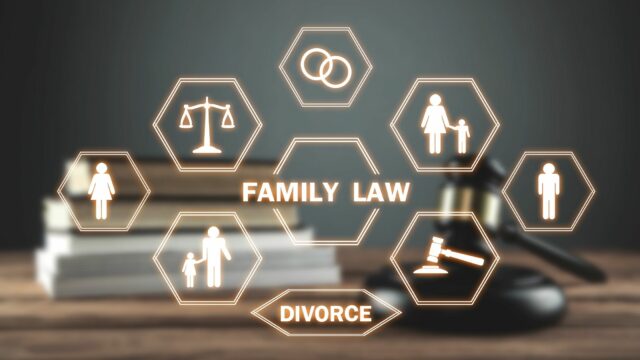 Conjugal rights refer to the right of the parties to a marriage, i.e. the husband and the wife to demand sexual intimacy from their partner.

As per the Hindu Marriage Act, the partners must consummate the marriage, as the law believes that consummation of marriage is important for a Hindu marriage to be considered complete.

Non-consummation of marriage is a ground for annulment of marriage under the Hindu Marriage Act. This is to say that if the couple doesn’t solemnize their marriage within six months of marriage, then the partners are entitled to annul their marriage or get it declared void by the court.

Read Also: Why India Will Never Have Laws Regarding Marital Rape

The section under Hindu Marriage Act states that if the partner withdraws from the society of another without reasonable cause, then the same would be considered a denial of conjugal rights. It includes non-performance of sexual duties by the partner.

The idea of this concept is to ensure the non-estrangement of spouses. If a decree of restitution of conjugal rights is passed by the court, the estranged spouse is bound to follow it or else, their property is ceased by the order of the court.

While this might seem like an effort by the legislature to ensure the stability of marriages, it also comes across as torture to women.

In India, when marital rape is no crime, the ability of the husband to restitute conjugal rights and sexual relations in a marriage adds to the misery of women. They find themselves trapped and indirectly, see law imposing marital rape on them. They have no recourse from the situation which makes it even more difficult and insufferable for women.

The Supreme Court of India is looking at the validity and requirement of sustaining the provisions relating to conjugal rights. And this issue hasn’t arisen for the first time. In 1885, a 22-year-old woman named Rukhmabai approached the court against the suit instituted by her husband for restitution of conjugal rights.

The court preliminarily supported Rukhmabai but later, the court finally decided in favour of Dadaji and ordered Rukhmabai to pay the necessary legal costs as well.

While denying women their rights isn’t new for the legislature and judiciary, and its biggest example is the provision related to marital exception. It is important to eradicate this evil from society for future generations of women to live and marry in peace.

ED VoxPop: We Asked Millennial Males If Marital Rape Is Rape Or Not