Home Entertainment Why Did The Kangana Hrithik Controversy Erupt Only After The Koffee With... 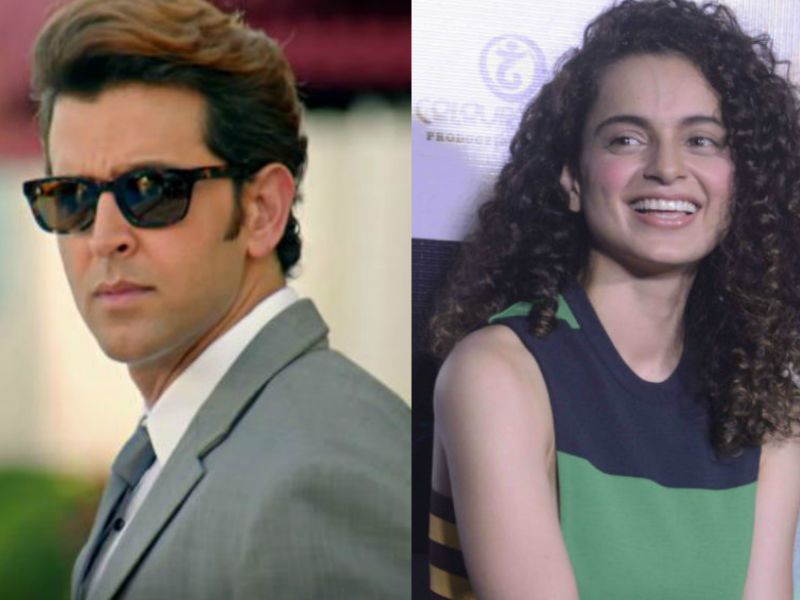 The Kangana-Hrithik controversy has been debated endlessly in the media. But one angle that remains unexplored is the fact that the debate itself came to exist only after Kangana Ranaut brought it out into the harshest of the limelight- The Koffee with Karan show. Kangana is a highly acclaimed actress and a national award winner. Her role in movies like Queen and Fashion has made her a fan favorite.

However, her public stock went up when she lashed out at Karan Johar during her appearance in the Koffee with Karan show, along with Saif Ali Khan.

She was extremely critical of Johar and the definition of savage when she went after his mockery of her spoken English and his nepotistic behavior in Bollywood. She said that he suffers from ‘Verbal Diarrhea’ and would be the ‘antagonist’ in her biopic.

In the mix of praise and attacks that followed, another story emerged and eclipsed it all, her beef with Hrithik Roshan. According to reports, Roshan and Ranaut were in a relationship after acting together in two movies.

The situation erupted in 2016 when Kangana said

“Yes, many lame rumours are doing rounds, even a dumb ass can tell where these rumours are coming from. I don’t know why exes do silly things to get your attention. For me that chapter is over and I don’t dig graves.”

This began a series of notices and counter-notices that the legal teams of these two people sent each other, both threatening action.

But even at this time, the controversy was on the down-low. This changed after Kangana’s interview when each aspect of her life was looked at with a microscope.

When it actually got some traction

It was at this point in time when the news media really started to properly ‘debate’ this issue and the controversy became a conversation starter.

It can be said with no doubt that Kangana’s fiery attitude in the show is what made her statements have any legitimacy. Earlier, the accusations and counter-accusations were weighed in Hrithik’s favor.

But after her appearance, the public opinion changed to accept her narrative as valid.

Why this needs to change

This constant need for the media ecosystem and further, the audience to have such a high bar for the legitimacy of accusations are troubling. This means that any accusations won’t be given weight unless the accuser is already popular or becomes popular.

The disparity that this behavior propagates and the behavior this normalizes just reaffirm the mantra that those in power get away with anything.

Until the time that we as an audience change and start rejecting these forms of legitimacy, these kinds of stories are bound to pop up again and again.

Hrithik Roshan Reveals More Than We Thought On The Kangana Ranaut Spat: Here Are The Highlights