Reportedly, they have recovered 13 grams of cocaine, five grams of MD (mephedrone), 21 grams of charas, 22 pills of MDMA (ecstasy), and ₹1,33,000 cash from the International Cruise Terminal, Mumbai. Aryan Khan is in the custody of the NCB till the 7th of October.

“I am of the view that investigation is of prime importance. Considering this aspect, the presence of the accused with NCB is necessary,” mentioned the judge who was heading the hearing.

We would find out in due course of time whether Aryan is actually guilty of possession, distribution, or consumption, or not. But, in the age of social media, who will keep patience till then?

As soon as the news broke out, netizens started demanding the removal of Shahrukh Khan from the post of Brand Ambassador for Byju’s.

Byju’s is the Indian ed-tech unicorn whose official brand ambassador is SRK. People believe that the latter’s own son is accused in a drug case, how would he influence other kids?

This is what they have to say: 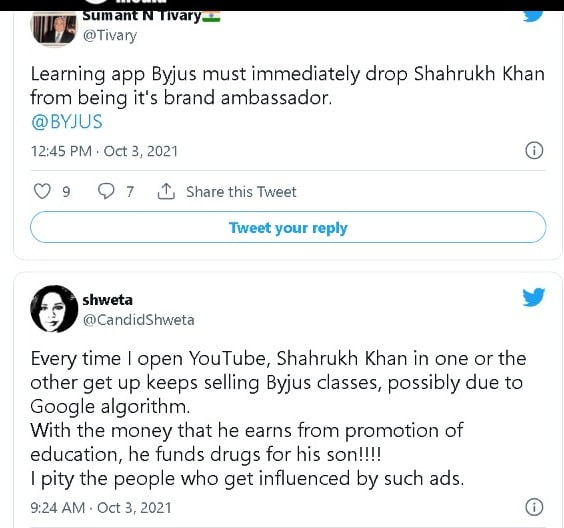 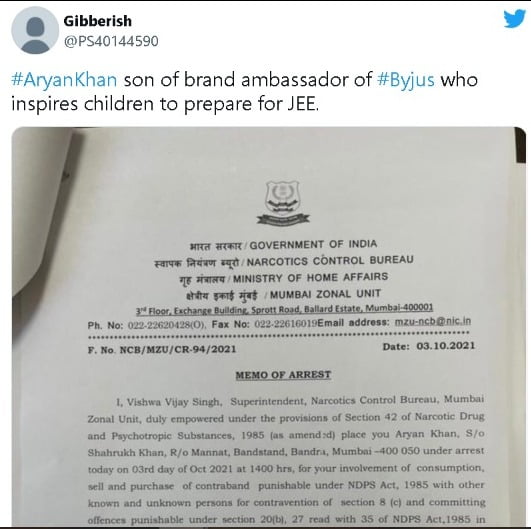 Read More: Listicle: Here’s How Bollywood Gets Vocal In Support Of Aryan Khan 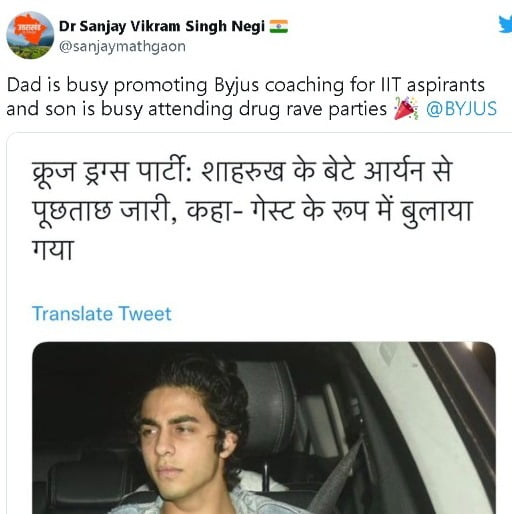 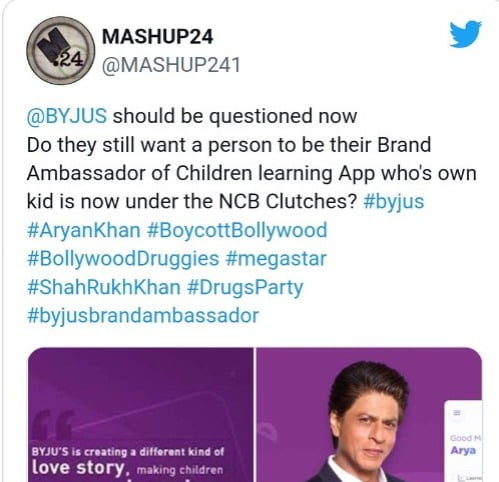 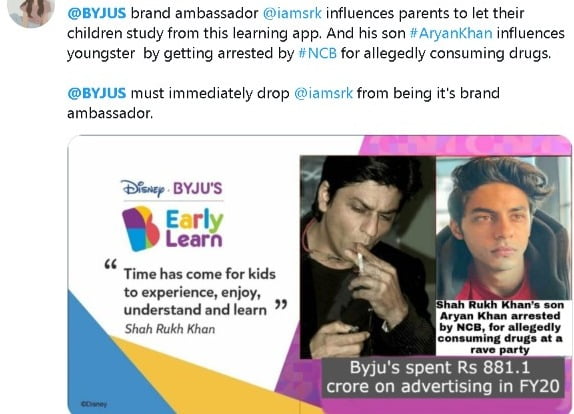 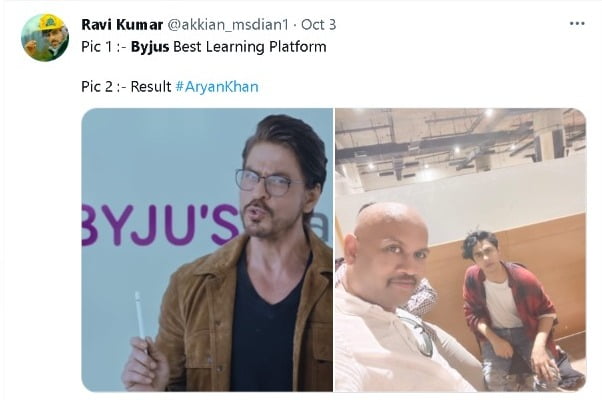 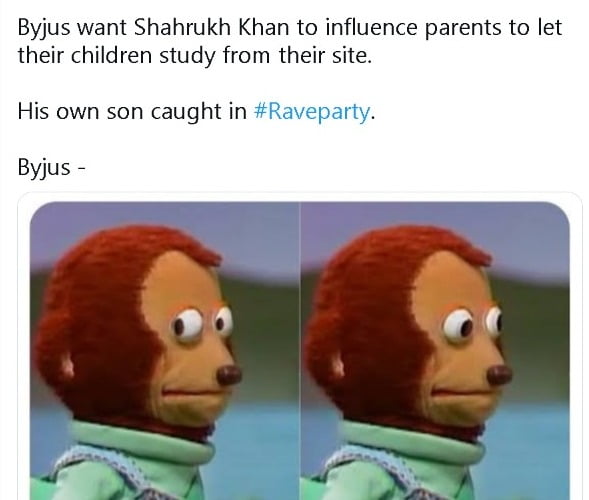 However, the chief mentor of the Indian Institute of Human Brands Sandeep Goyal said, “Many celebrities were questioned by the Narcotics Control Bureau (NCB) in the past but it didn’t affect their brand value as such. I don’t see Aryan’s arrest affecting SRK’s brand value.”

He added, “While there is a lot of mauling on social media right now, people, in general, have become much more tolerant or acceptable to such ‘lifestyle transgressions’ of the celebrities.”

What do you think about this? Are Twitteratis right to demand this? Or is this a reaction in the heat of the moment? Let us know in the comments section.

WhatsApp Encryption Is Not Foolproof; Chats Can Be Accessed In These Ways

ED Originals Ashna Vig - October 26, 2021
Breakfast Babble is ED’s own little space on the interwebs where we gather to discuss ideas and get pumped up (or not) for the day....

Netizens Joke About ‘Mauka Mauka’ Guy’s Career Being ‘Officially Over’ After Yesterday’s IND vs...

Sports Chirali Sharma - October 25, 2021
On Sunday night, Pakistan after almost three decades got a win at the Super 12 stage of the T20 World Cup currently going on...

Entertainment Jhanvi Shah - October 26, 2021
Disclaimer: Originally published in March 2019. It is being republished since it still remains an interesting topic till today.  Winning an Oscar has always been...