Home Politics Who Was Lord Dattatreya & Is There Any Dattatreya Gotra, As Rahul... 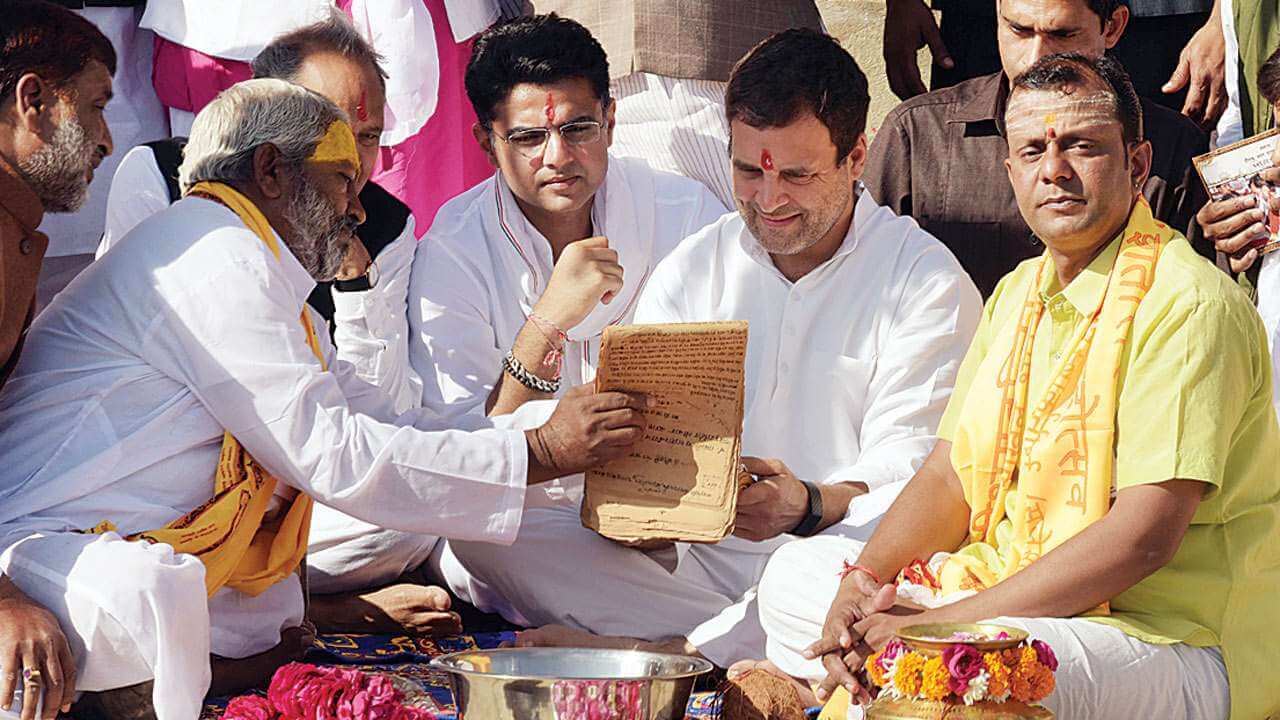 In the recent controversy around Rahul Gandhi, Mr. Gandhi in a religious procession in Pushkar named himself as a Kashmiri Kaul Brahmin with Dattatreya Gotra.

But other political parties are saying that it is all a political stunt in wake of the 2019 general elections.

So let us find out if what Rahul Gandhi said was true.

“Gotra” is a Sanskrit word which means “lineage” and every member of a Hindu clan is assigned a gotra on his birth which depends on the gotra of his father since lineage in Hinduism runs by the name of the father.

It is considered in Hinduism that the all the Hindus trace their lineage to Sapt Rishi (a particular sage). A person gets the name of one of the Sapt Rishis as his gotra, assuming that he is from the clan of that Rishi.

With the evolution of society, the number of gotras also increased. Since the person we are talking about here claims himself to be a Brahmin, here are the gotras of Brahmins: 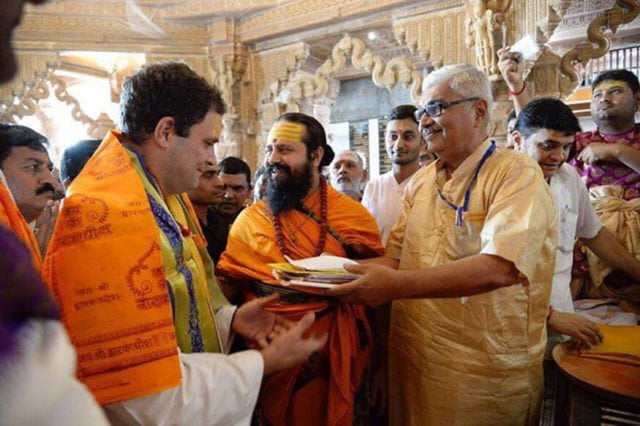 Apart from these, there are 49 other gotras known as pravaras, but neither of them consists of Dattatreya. ( See the list of the gotras and pravaras here)

Who Are Kaul Brahmin

The word Kaul is derived from the Sanskrit word Kula meaning family or clan. It is used as a surname by the Kashmiri Pundits. It is a derivative of the ancient name Kaula which means well-born and is related to the Saivite beliefs.

Jawaharlal Nehru was a Kaul Brahmin. His surname was Nehru because a canal used to flow near his house because of which his family became famous by the name of Nehru family, which later was recognized as their surname.

But it must be noted that in the Hindu setup, a child gets the name of the father. Since the grandfather of Rahul Gandhi, Mr. Firoz Gandhi was a Parsi, therefore, he cannot be called a Kaul Brahmin.

In Hindus, lineage runs by the name of the father and since the grandfather of Rahul Gandhi was a Parsi by birth and religion, he is to be considered as a Parsi and not as a Kaul Brahmin.

Who Was Lord Dattatreya

Lord Dattatreya or Lord Datta is a Hindu Deity who is the representation of the Divine Trinity of Brahma, Vishnu and Mahesh (Lord Shiva). The word Dattatreya is formed by two Sanskrit words: ‘Datta‘ meaning given and ‘Atreya‘ who is one of the Sapt Rishis and the biological father of Lord Dattatreya. 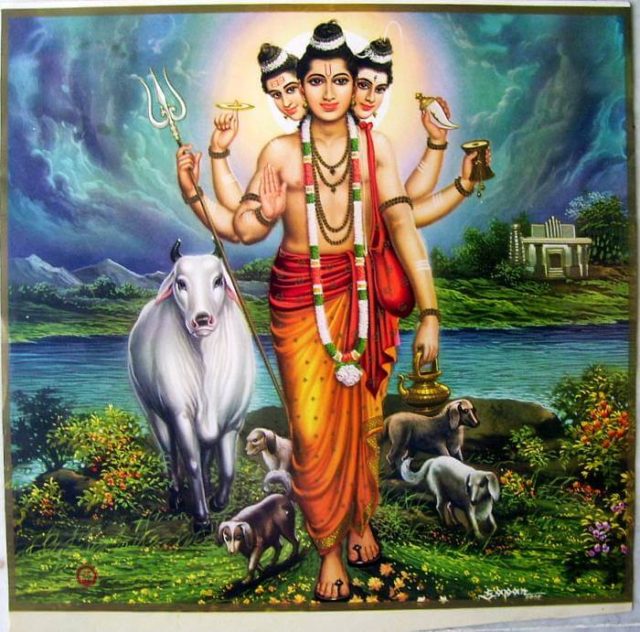 In the Nath Tradition of Hinduism, Lord Datta is considered to be the reincarnation of Lord Shiva and is known as the Adi-Shankaracharya or the First Teacher of Adinath Sampradaya of Nath Sect.

An Akhaada in Hinduism is the clan of saints and a saint finds his spiritual lineage in an Akhaada.

Lord Dattatreya is the Ishta-Dev of the Acharya of the largest and oldest of the 13 Akhaadas in the Hindu tradition, i.e. the Juna Akhaada, which increases his importance in the Hindu religion even more.

Since Lord Dattatreya was the son of one of the Sapt Rishis, he must have acquired his gotra from him, thus, his gotra must have been Atreya. Moreover, there is no such gotra or pravara for Hindus by the name of Dattatreya Gotra and thus, maybe, Mr. Gandhi had made a mistake in naming his gotra which has ultimately landed him in another controversy.

Chilli Powder Thrown At Arvind Kejriwal Today: Makes This The 5th Assault On Him, Here’s How