The state of Maharashtra has been in a bit of mess for sometime now due to the political crisis ongoing there. BJP, Congress, NCP, Shiv Sena, all the big names are a part of it and this brings around a lot of media, a lot of buzz and a lot of confusion.

On 12th November the ‘President’s Rule’ was imposed in the state of Maharashtra. As per this rule the state government is suspended and the state comes under the direct control of the central government via the Governor.

A governor of the state is appointed who along with their self-appointed administrators overtake the running of the region.

However, on 23rd November 2019 coming out of left field, President Ram Nath Kovind signed a proclamation that revoked this rule and Devendra Fadnavis was sworn in as the 19th Chief Minister (CM) of Maharashtra.

This completely shocked everyone left the state in a political crisis that began an all out fight for power. 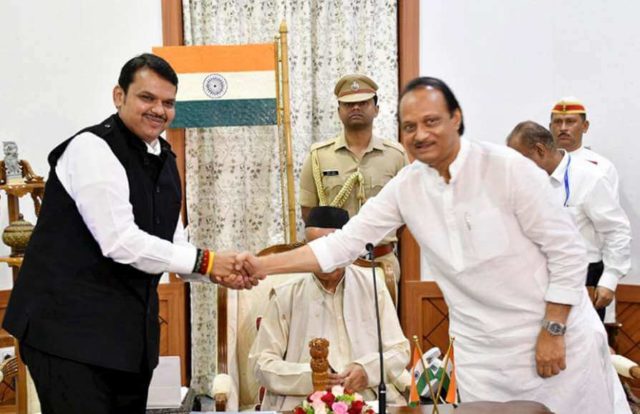 What Has Happened In Maharashtra?

The entire matter started with the results of the 14th Legislative Assembly that came on October 24th.

As per the results, while BJP had a good majority of 105 seats out of the 288 member Assembly, the total number needed to declare a winner was 145 seats. Among the rest of the contenders, Shiv Sena had won 56 seats, Nationalist Congress Party (NCP) 54 seats and Congress got 44 seats.

In lieu of this, Governor BS Koshyari had invited BJP to form the government, however, because of a tiff between BJP and Shiv Sena, the former declined to do so.

According to sources, the two parties were in disagreement over who would take the CM’s post. While BJP had their candidate in Devendra Fadnavis, on the other hand Shiv Sena wanted their own Uddhav Thackeray to take the post.

On November 22nd a combine of NCP, Congress and Shiv Sena called the ‘Maharashtra Vikas Aghadi’ decided to form the government with Uddhav Thackeray as CM.

However, before any of that could even happen, BJP managed to turn the entire game around by naming Fadnavis CM and of all the people, Ajit Pawar as deputy CM at 8 am on 23rd November.

This started a battle amongst the two rival sides, with the entire Maharashtra in shock at the events that happened.

The combine took the matter to the Supreme Court which eventually stated that a floor test be done by all the parties in question on November 27th.

But before this could be carried out, just hours left to the test, BJP decided to withdraw with both Fadnavis and Ajit Pawar giving in their resignation.

All this action that the state has been witness to for the past week or so has also brought with it various conspiracy theories as to why everything happened the way it did, who backstabbed whom etc.

#1. Ajit Pawar Is A Trojan Horse

There is one theory which says that Ajit Pawar was the Trojan Horse who NCP’s Sharad Pawar had sent to BJP to bring them down.

The phrase ‘trojan horse’ comes from the Trojan War where the Greeks used a clever way to enter the city of Troy. The Greeks constructed a huge wooden horse and hid in it all the while fooling the people of Troy into thinking that they were sailing back home. The Trojans foolishly brought the horse into their city to prove their victory.

At night the Greeks came out of the horse and they along with their army that came back-using the darkness of the night defeated the Trojans and destroyed the city of Troy.

As per a report by Livemint, the junior Pawar’s defection is being questioned by BJP leaders including Eknath Khadse. Some believe that it was just a political move by the NCP to rush BJP into forming a government and then leave once everything went down.

Because not only have the NCP in an alliance managed to form a government in Maharashtra after removing BJP from the state, but also welcomed the junior Ajit Pawar back with open arms.

Sanjay Raut, the Shiv Sena leader was quoted by a news channel as saying, “Ajit dada has resigned and he is with us. He will get a good post. After all, he has done such a big job.” 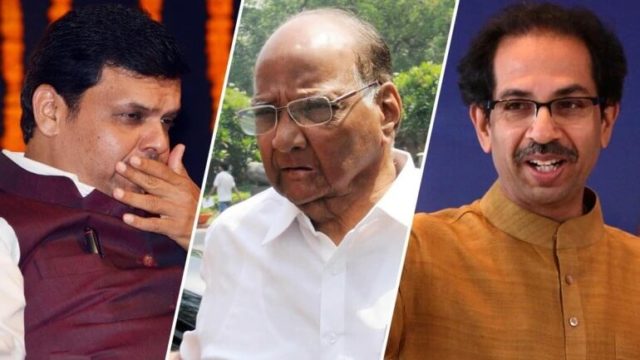 Read More: This Is Why I Think Amit Shah Is The Modern Chanakya

Another theory, which was a bit obvious to many was that Ajit Pawar just wanted some power of his own.

Being Deputy CM of Maharashtra would have been a good title to add to his resume. Not just that, but his alliance with BJP also got him a ‘clean chit’ from the Anti-Corruption Bureau (ACB) for all the pending cases of corruption that Ajit Pawar had against him.

According to Shiv Sena leader Sanjay Raut, Ajit Pawar could have been blackmailed to help BJP.

Raut told reporters that, “NCP leader Dhananjay Munde has been contacted. Ajit Pawar may also return (to NCP fold). We have information how Ajit Pawar has been blackmailed and will expose this soon.”

Some speculate that BJP could have allegedly been using the irrigation corruption scams that junior Pawar had against his name to pressurise him into joining hands with the party.

In 2012 there were allegations against Pawar of misappropriation of funds amounting to Rs 70,000 crores.

However, just two days after he was sworn in as deputy chief minister the ACB closed 9 out of 45 cases that they had been investigating into. Parambir Singh, Director General of ACB cleared Pawar and stated that junior Pawar had no connection with any of the cases. 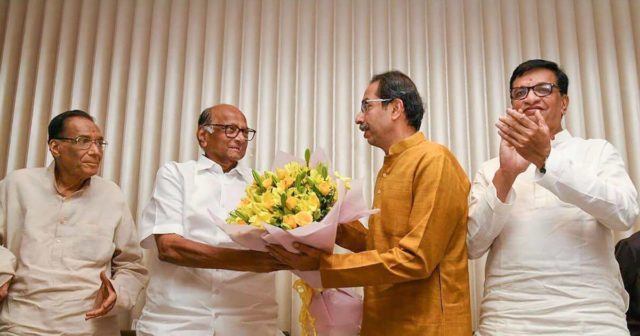 This theory was actually stated by Union Minister Ravi Shankar Prasad of BJP who accused Shiv Sena, NCP and Congress of forming a government without mandate just to get control over Mumbai “through the back door”.

Prasad on the other hand also seemed bitter about Shiv Sena breaking the 30 year old alliance they had with BJP. As reported by The Tribune he said that, “They [Shiv Sena] are saying today that democracy has been murdered, how is that? If the Sena breaks its alliance of 30 years, it is not. It was a conspiracy to control financial capital of country through backdoor.”

Mumbai being the financial capital of the country could be a strong place to form an alliance. Which is not entirely a wrong theory, since the whole alliance of Shiv Sena with NCP and Congress does seem very bizarre.

However, it could be that for the latter two the power is more important to the point where they can keep aside the ideological differences and form a government together.

Congress and NCP could also be assuming that by keeping Shiv Sena in the front they will be able to run the state from behind.