Home Politics What Was #TractorMarchDelhi All About? 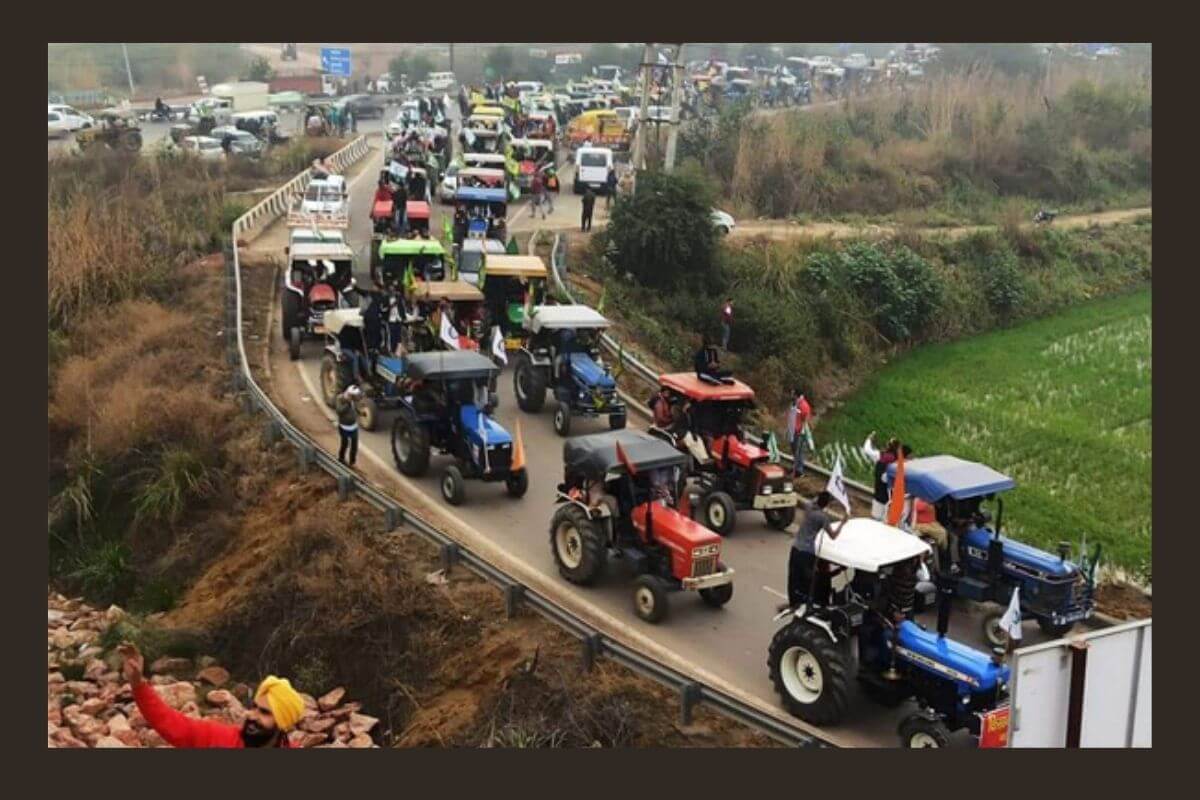 India is currently witnessing the largest ongoing protest in world history. No tear gas and water cannon can stop the agitated farmers fighting for their rights.

The farmers have been protesting at various border points of the national capital since 26 November 2020 against the three farm laws passed at the Centre in September 2020, namely,

January 7th marked yet another historic moment in the already historic protest when the farmers took on the street with a tractor march. A tractor is an integral part of agriculture and thus, it is like a lifeline to a farmer. 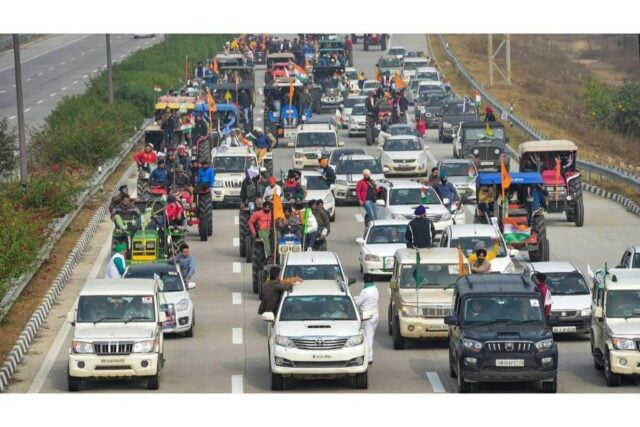 What Was The #TractorMarchDelhi All About?

Ahead of the fresh talks and what will be the eighth round of talks with the government, thousands of farmers took out tractor-march from the protest sites of Singhu, Tikri, and Ghazipur borders and Haryana’s Rewasan against the newly enacted agricultural laws.

With over 3,500 tractors and trolleys, the tractor march consisted of both women and men and the old and the young. 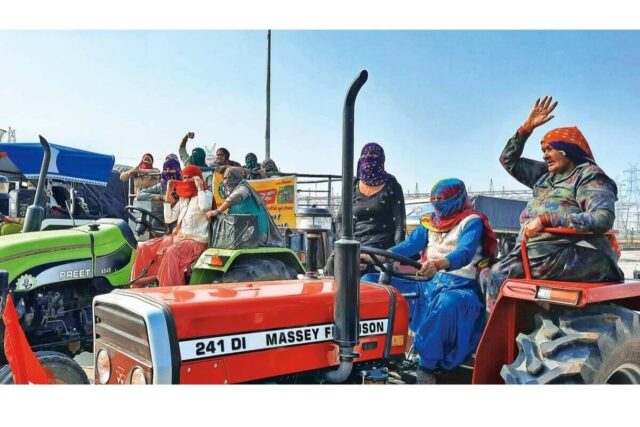 The tractor march started around 11 am and moved towards the Kundli-Manesar-Palwal (KMP) Expressway amid heavy deployment of police forces.

From the tricolour to the farmer union flags to banners openly opposing the three laws, tractors became a huge revolutionary symbol in itself. 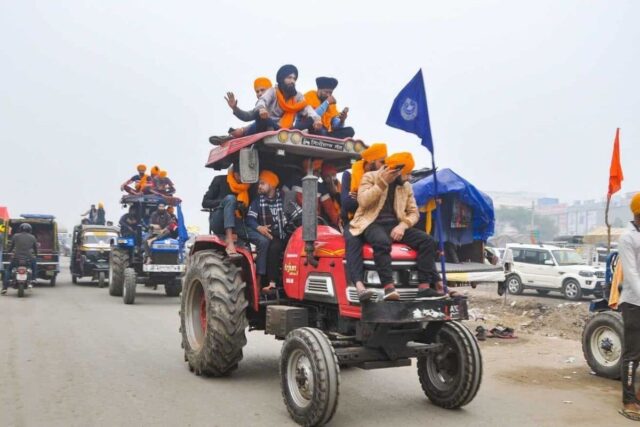 Addressing a press conference at the Singhu border, one of the key camping sites of the farmers protest, political activist and a member of the Samyukt Kisan Morcha, Yogendra Yadav said that the tractors would leave from the Singhu, Tikri and Ghazipur borders, and Rewasan in Haryana, for the Eastern and Western Peripheral Expressways, and meet midway.

“This will be a trailer for what lies ahead on 26 January,” he added. 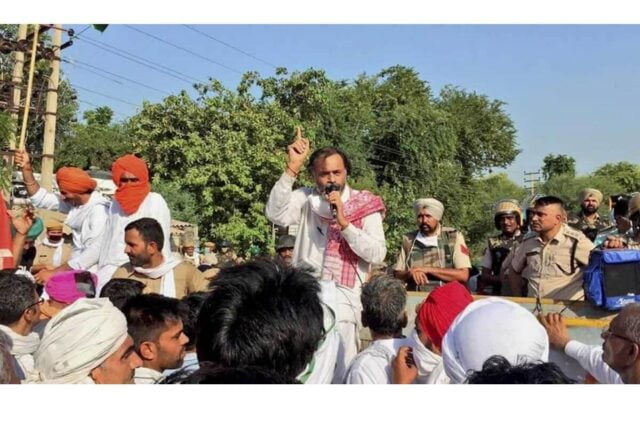 The strategy behind the tractor march on the KMP expressway was that it would have a huge impact on the supply chain of vegetables and grains to Delhi.

Was This Step Necessary?

After the seventh round of talks between the farmers’ unions and the central ministers also ended inconclusively over two key demands of the farmers, the farmers decided to intensify their agitation until both their demands are completely met.

First, the repeal of the newly enacted laws, and second, the provision of a legal guarantee on the minimum support price.

As per the farmer unions, the tractor march of 7th January was a “rehearsal” for their proposed January 26 tractor parade or the “Kisan Gantantra.”

To make the march even more impactful, the farmer leaders have planned to visit each and every house in Haryana to get at least one member from each family to join the tractor march. 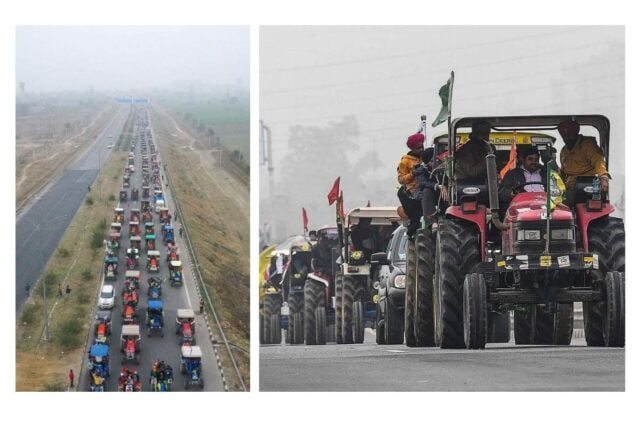 For the two weeks until Republic Day, the ‘Desh Jagran Abhiyan’ will start which will deepen the protest throughout the country.

Krantikari Kisan Union president Darshan Pal said, “On 18 January, Mahila Kisan Diwas will be held. On 23 January, on the occasion of the birth anniversary of Netaji Subhash Chandra Bose, Azad Hind Kisan Diwas will be celebrated. And on 25 and 26 January, tractor parades will take place,” thus clearly giving the message that the farmers will not back out till their demands are fulfilled.

What do you think about the tractor march? Let us know in the comments section.