Paypal is a digital money-transferring service originally under a company called Confinity which was later acquired by a company of the name of X.com. Later the entire company was bought by eBay.

The employees of Paypal had a difficult time adjusting to eBay’s more traditional policies which resulted in everyone except 12 of them leaving the company.

The “Paypal Mafia” is a term coined to refer to these former employees and founders of the company who went on to develop and fund many of the technology firms that are a daily part of everyone’s lives today. Most of these members attended Stanford University or the University of Illinois at some point in their academic careers. 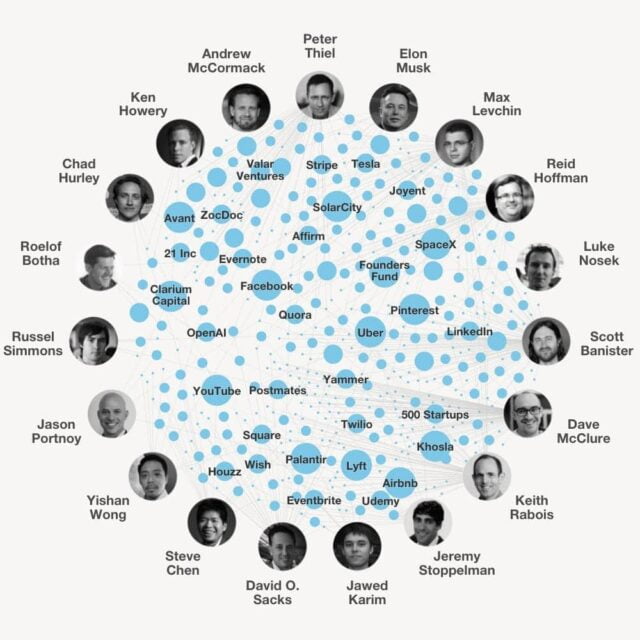 Who Are The Paypal Mafia?

The Paypal Mafia consists of some of the most powerful and richest men in Silicon Valley. Below is a breakdown of exactly how powerful some of these men are and what their net worth and achievements look like.

Jawed Karim is the brain behind the design and implementation of Paypal’s real-time anti-fraud system. After Paypal, Karim, Chad Hurley (who designed the first Paypal logo), and Steve Chen (former Facebook employee) decided to launch a video-sharing app called “YouTube” which was later bought by Google in November 2006 for $1.65 billion. Karim’s estimated net worth is around $140 million.

Jeremy Stoppelman started out as an engineer in Paypal when it was still X.com, eventually rising to the position of Vice President of Engineering. Immediately after leaving Paypal, he dreamt up the idea of the extremely popular review site called Yelp along with a former Paypal employee, Russel Simmons. Jeremy Stoppelman’s estimated net worth is around $111-222 million. 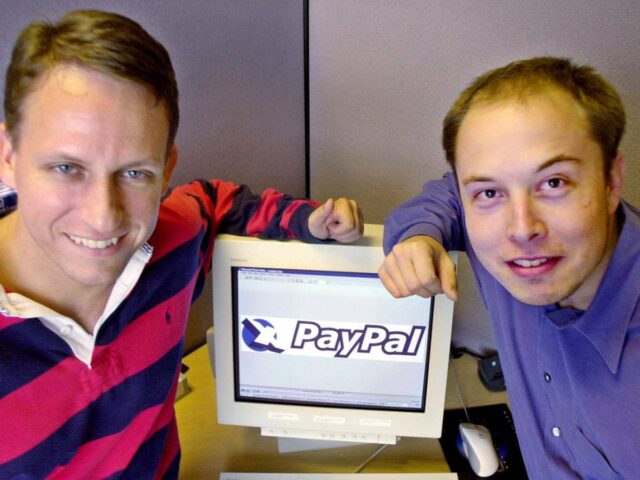 One of the core co-founders of Paypal alongside Elon Musk, Peter Thiel, and Ken Howery, Luke Nosek left the company to go travel the world before finding a San Francisco-based venture capital firm, Founders’ Fund, with Thiel and Howery in 2005. The estimated net worth of Nosek is around $1.2 billion.

A co-founder and Chief Financial Officer of the company, he left to join Founders’ Fund along with Thiel and Howery. Ken Howery’s estimated net worth is around $1.5 billion and he is also available for consulting sessions if you happen to have a spare $100,000 laying around somewhere.

The co-founder and CEO of Paypal, Thiel immediately founded hedge fund Clarium Capital after earning $55 million from his 3.7 % stake in the eBay deal. He made the decision to invest $500,000 in Facebook and was the first person who sold his Paypal shares to make $1 billion. Thiel’s estimated net worth is $2.2 billion.

Hoffman joined the company after leaving the world’s first failed social media network, SocialNet. He not only became a member of the board of directors but was also made the full-time COO.

He then went on to become the chief executive vice president by the time the company was taken over by eBay. He founded LinkedIn in December of 2002 and now owns a $2.39 billion stake in the company. Currently, Reid Hoffman’s estimated net worth is around $3.3 billion. 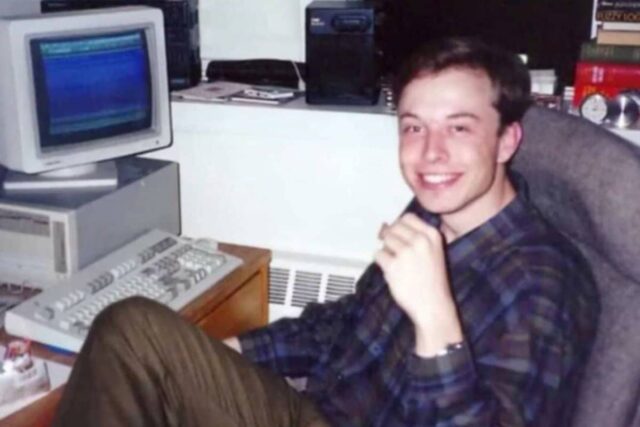 The most famous and well-known of this prolific group, Musk’s financial services, and email payment firm, X.com merged with Paypal in 1999 leading to Musk becoming the largest stakeholder of the new company by the time it was sold to eBay. He earned a whopping amount of $165 million from the deal. Musk’s list of achievements extends to the corners of the world.

He launched Space Exploration Technologies(SpaceX) in June 2002, where he is the CEO and CTO. In 2008, Musk became the leader of the electric car firm, Tesla Motors. Elon Musk tops the list of the richest people in the world with an estimated net worth of $9.7 billion.

What Are The Lessons The Paypal Mafia Teach?

At this point, one can easily understand the control and power these men hold. The chances of a startup becoming a unicorn, which is a company with a billion dollar+ valuation, is 0.001%. However, for these men, those chances are at a commendable 50%.

Peter Thiel has his fair share of haters due to his views of monopolies in markets being better than competitive markets in the economy. Thiel describes his interests best by his quote:

“Every moment in business happens only once. The next Bill Gates will not start an operating system. The next Larry Page won’t make a search engine. And the next Mark Zuckerberg won’t create a social network. If you are copying these guys, you aren’t learning from them.” 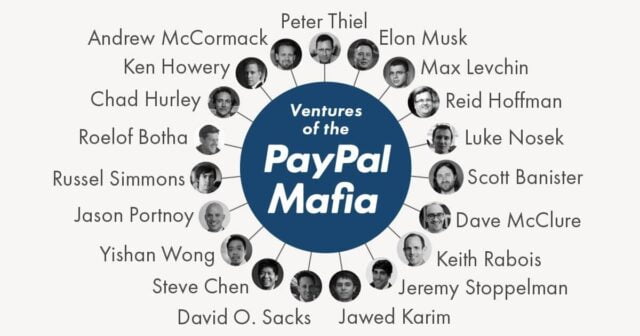 The Paypal Mafia’s existence raises valid points from the vantage of finance, technology, and progress as a whole. Adopting the ideas of the tycoons of the world only to improve them by merely 10% is not the progress the world requires.

Learning from these men and implementing the lessons in a unique and new approach of your own is the sure way to bank on higher returns from your investment.

The world does not need to wait for a ‘new Elon Musk’ or Zuckerberg to reach higher heights. These men already exist and have been helping the world progress.

The Paypal Mafia’s glaring success after quitting their jobs is heavily rooted in the fact that each of them launched absolutely unique concepts and companies and took risks with their investments which served the technological and financial world. All of these men’s contributions have shaped the current technological and financial world as we know it.