The pandemic hit the world with its full force at the very beginning of 2020. TikTok, Dalgona coffee and online ludo became a coping mechanism for the many of us who could not fathom the extent of cabin fever that we would be suffering through.

Amongst all of these rose the subculture known as Dark Academia which sunk its claws deep into the book community at large and then began to spill over to the people who abhorred books.

Dark Academia became a trend everywhere taking the world by an uproar. Tiktok, Instagram, Tumblr, Pinterest and all other social media saw the aesthetic being embraced with people dressing up, posting their pictures and sharing their personal tips and tricks of how to fit into the subculture easily.

What Is Dark Academia?

Dark Academia traces its roots back to mid-2000s Tumblr but if you are one of the few who has not heard of the subculture do not worry, I got you. Officially, the aesthetic is concerned with the pursuit of knowledge, education and research. However, academia and books are not interesting to everyone and rightly so. 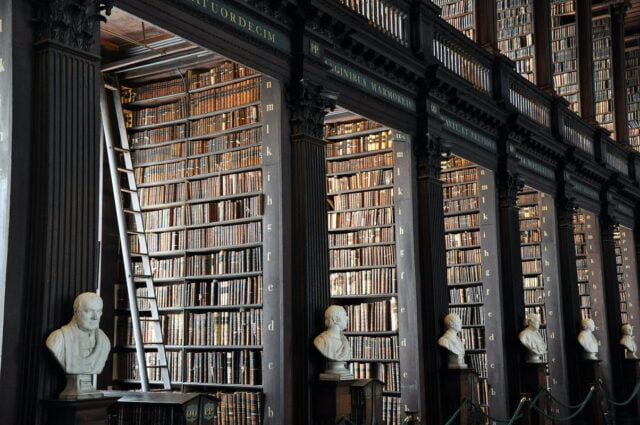 Unofficially, Dark Academia is the romanticisation of qualities and acts which can be simply described as pretentious and hedonistic in nature. The introduction of romanticism in every crevice of life’s activities makes the aesthetic retain the popularity it gained even after the harsh situations of absolute lockdown are over.

Dark Academia As A Fashion Statement

In my personal opinion, the aesthetic was accepted by the general public because of the exemplary fashion it portrays. As the subculture is geographically supposed to be based in academic settings, especially elite colleges and private universities, the fashion revolves around tweed blazers, plaid skirts, doc martens, oxfords, etc.

The aesthetic surrounds sophistication, hence, luxury and rich materials are supposed to be the central point of fashion. However, if you are like me who does not delve into spending excessive money on luxurious brands, you can definitely opt for thrift stores and second-hand shoes. 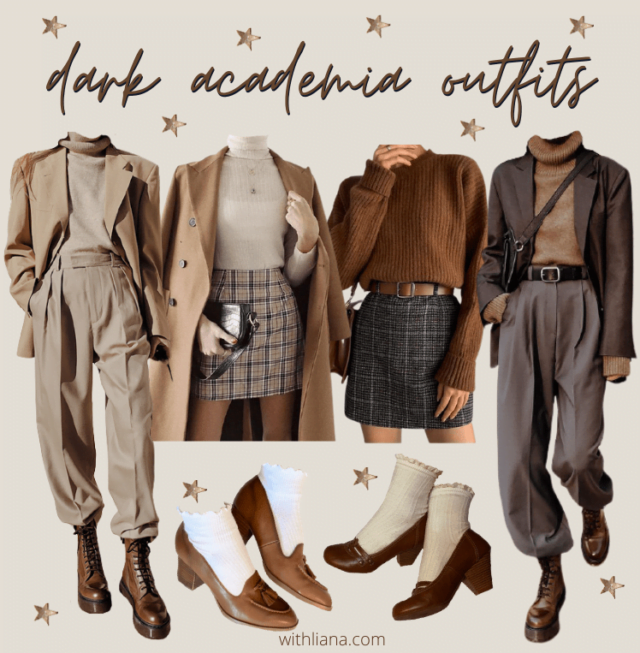 The colour palette is based on soothing earthy tones and dark shades of greens, reds, blues and greys. Accessories and make-up should remain minimalistic as they exist to complement your outfit instead of taking attention away from it.

The Core Of The Aesthetic

As the subculture is essentially a pursuit of knowledge, books and literary materials are a very big part of it. However, not every genre is considered Dark Academia.

The community thrives on pretentiousness and is elitist in nature, hence, the study of classics, the portrayal of betrayal and gore, the inherent romanticism of literary rebellion and the study of dead languages is widely accepted and encouraged.

The Secret History written by Donna Tartt and If We Were Villains by M.L. Rio are the two major books in the community. Both books have a group of friends studying in an esteemed institution as their main theme.

Donna Tartt’s group of scholars and M.L. Rio’s band of thespians are revered, loved and respected to the point that it feels they are alive and living amongst us in the community. 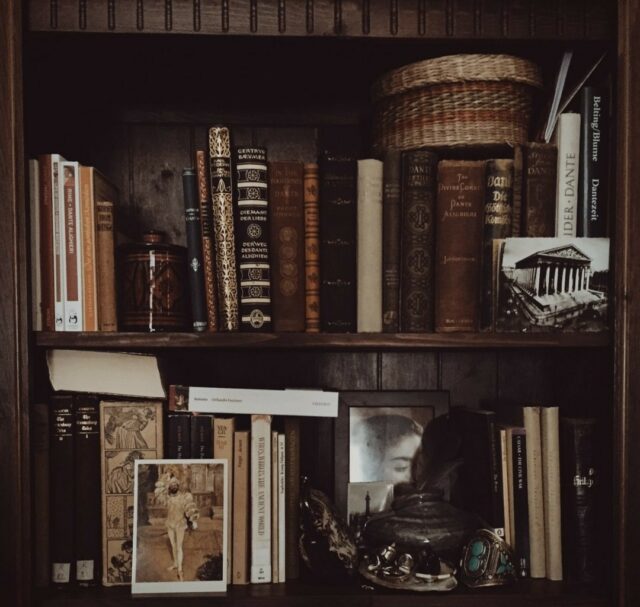 Other main works that are read are Emily Bronte’s Wuthering Heights, Oscar Wilde’s masterpiece, The Picture of Dorian Grey and the three great tragedies written by William Shakespeare: Othello, Macbeth and Hamlet.

Besides these, all mythological works, such as The Iliad and The Odyssey and all other classics are read, with special emphasis on the ones with a gothic background.

Music transcends boundaries and language barriers so it is quite natural that it should become a part of this aesthetic as well. Again, the classics are given more importance than recent genres. Legends such as Beethoven, Tchaikovsky, Mozart, Brahms are some artists one can listen to while studying, seemingly why the subculture accepts and popularizes them. 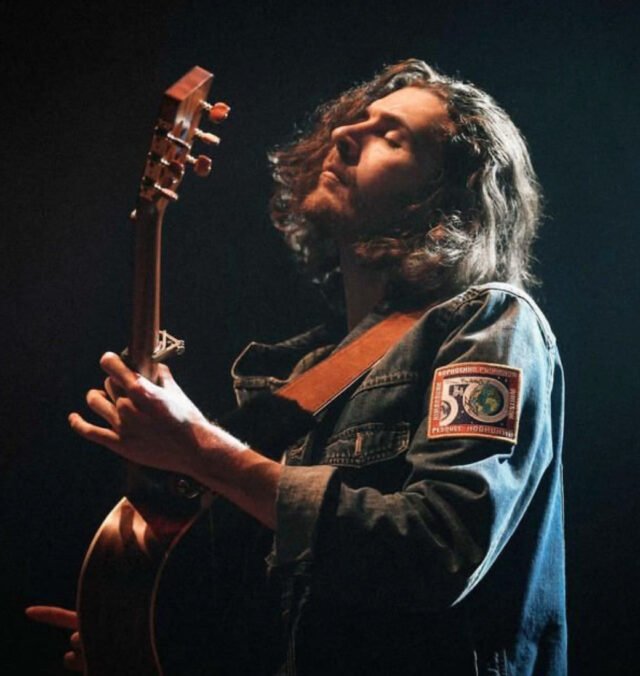 Modern songs which have managed to make it onto the exclusive list of acceptance that the community follows are Eleanor Rigby by The Beatles, Ophelia by The Lumineers, Achilles Come Down by Gang of Youths, etc.

However, for some unknown reason, the Dark Academia community has accepted Hozier as the central artist everyone listens to with Take Me To Church, Work Song, Wasteland, Baby!, Dinner and Diatribes and From Eden being the commonly discussed ones.

Movies are definitely not excluded with Robin Williams’ Dead Poets Society(1989), Eva Green’s The Dreamers(2003) and Daniel Radcliffe’s Kill Your Darlings(2013) being the major three.

The Reason Behind The Popularity

Lockdown saw us returning to our education through screens. In the midst of the unknown territory of chaos, people looked for familiar grounds of physical books and the soft comfort of academia which the aesthetic provides.

It helped people romanticise their lives and fit into the “main character” culture which Tiktok and Instagram promote. 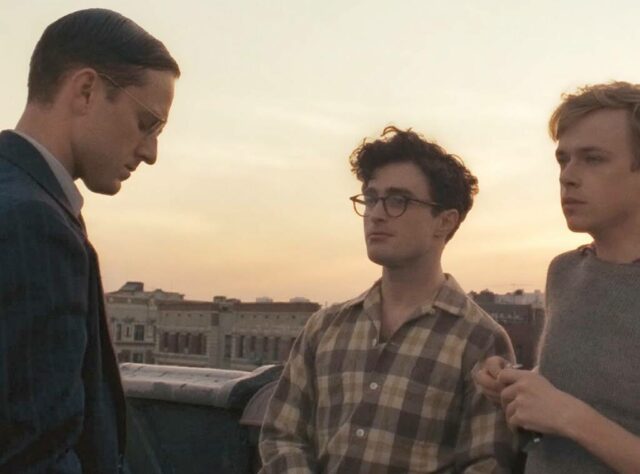 The culture proved to be a medium for escapism which Gen Z required while they were thrown into the harsh realities and difficult situations the pandemic brought forth which is why Dark Academia is still extremely popular.

How To Read And Finish Thick Books?