It is a truth universally acknowledged that 14th February makes single people around the world feel lonely. So, we celebrate Valentine’s Day differently, by imitating Leslie Knope and enjoying Galentine’s Day or by cozying up under the covers and reading about dreamy romantic trysts. 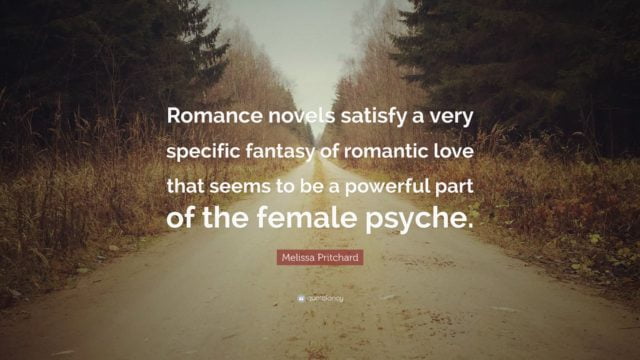 I have to admit that I have always found fictional men more endearing than the real ones. We often lose ourselves in the pages hoping to find our Mr. Darcy one day. However, the beautiful worlds of the Brontë sisters and Austen are filled with characters that have done some extremely problematic things but they still get a free pass as lust trumps logic.

Here are some iconic characters from the romance world whose actions should be taken into account before we fall head over heels for them.

1. Rhett Butler (Gone With The Wind)

Marital rape is not taken seriously even now. It is a bit far-fetched to expect people from 1937 to view Rhett Butler carrying off Scarlett O’Hara to the bedroom as disdainful, which it clearly was.

After the birth of their daughter, Scarlet had made it clear that she no longer wants to share a bed with Rhett but his reaction is like that of a lot of men when angry and drunk. The disregard for marital rape can be summed up with his famous line- “Frankly, my dear, I don’t give a damn.”

This Pulitzer Prize-winning novel has been in conversation recently due to its objectionable depiction of slavery, but people love the pair of Scarlet and Rhett, and hence, turn a blind eye towards all the criticism. However, the things people found romantic in the novel are not romantic at all.

They are husband and wife so a lot of readers found this scene exciting and romantic. Moreover, this leads to the heroine getting pregnant. A jealous Rhett asks whose child it is, and the ensuing argument results in Scarlet having a miscarriage.

From the get-go, Mr. Knightley is described as a man of good sense who is the only one to point out to Emma her mistakes and lapses in judgment. The novel depicts him as a sort of mentor to Emma.

Out of all Austen’s heroes, he seems to be the most hard-working and rational. He would have been my favorite, if it were not for the fact that he is 16 years older than Emma and has known her since she was a baby.

The line where he admits that he has loved Emma since she was thirteen is seen by people as him joking, but I can’t get past the creepiness of it all.

Even after two centuries, Jane Eyre remains a popular feminist icon. But, the fact that she forgave Mr. Rochester for deceiving her doesn’t sit well with me. Nineteen-year-old Jane falls for her employer Mr. Rochester, but on the wedding altar receives the news that he already has a wife who is not of a sane mind and is kept locked up in a room.

Orphan Jane had very few things in life- her dignity, honor, and self-worth. These were things she couldn’t let go of. Mr. Rochester cites the lunacy and devilish nature of his first wife as the cause of his unhappiness and tries to convince Jane to stay as his mistress.

The readers are sympathetic towards him so it’s no wonder that Jane decides to leave in the middle of the night. The wife conveniently dies to make room for a happy ending for our governess but I don’t think a person who lies to you is an ideal choice for a husband. His treatment of little Adele is also horrible. Mr. Rochester is somewhat negligent towards her and chides her for being vain. However, she’s just a child who likes having gifts, like any normal person.

“Last night I dreamt I went to Manderley again.”

This memorable opening line from Daphne Du Maurier’s classic Gothic novel is a favorite of mine because of its mystery and haunting theme.

However, our unnamed heroine is a doormat who remains by her husband’s side even after he confesses to having killed his first wife, the titular Rebecca. Rebecca lied to him that she was carrying her lover’s child and that he would be forced to raise it as his own.

This leads to our hero, Maxim De Winter, murdering her in a fit of blind rage. If your husband tells you that he killed your predecessor, then your first instinct should be to run and not to be relieved that he didn’t love his first wife.

Emily Brontë made anti-heroes popular among the masses. The readers generally try to argue that Heathcliff was just a victim who became a villain due to circumstances. He was abused and humiliated in his childhood but this does not justify all his wrongdoings.

He hangs his wife’s dog, loathes her fiercely, so much so that he doesn’t allow her to sleep on the bed when heavily pregnant.

The list of all the cruel things that he has done is a separate article of its own but people still regard the love story between him and the heroine Catherine as one of the greatest love stories of all times as they believe that both these flawed characters are a perfect match for each other. 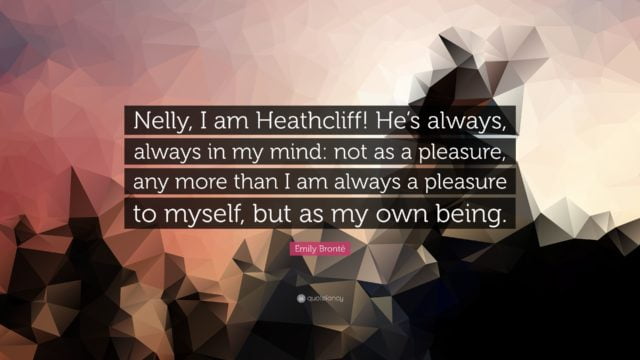 Cathy herself admits to this when she declares, ‘I am Heathcliff’. It is an excellent novel, but it is by no means an idealistic romance for fangirls to swoon over.

I have done my fair share of liking heroes for their charm and ignoring their problematic aspects. I still love these books because of the brilliant writing, but when it comes to ideal romantic interests I think we should maybe look for ones that have not engaged in questionable and criminal activities.

What All Did Christina Koch Do In Her 328 Days Long Stay In Space?