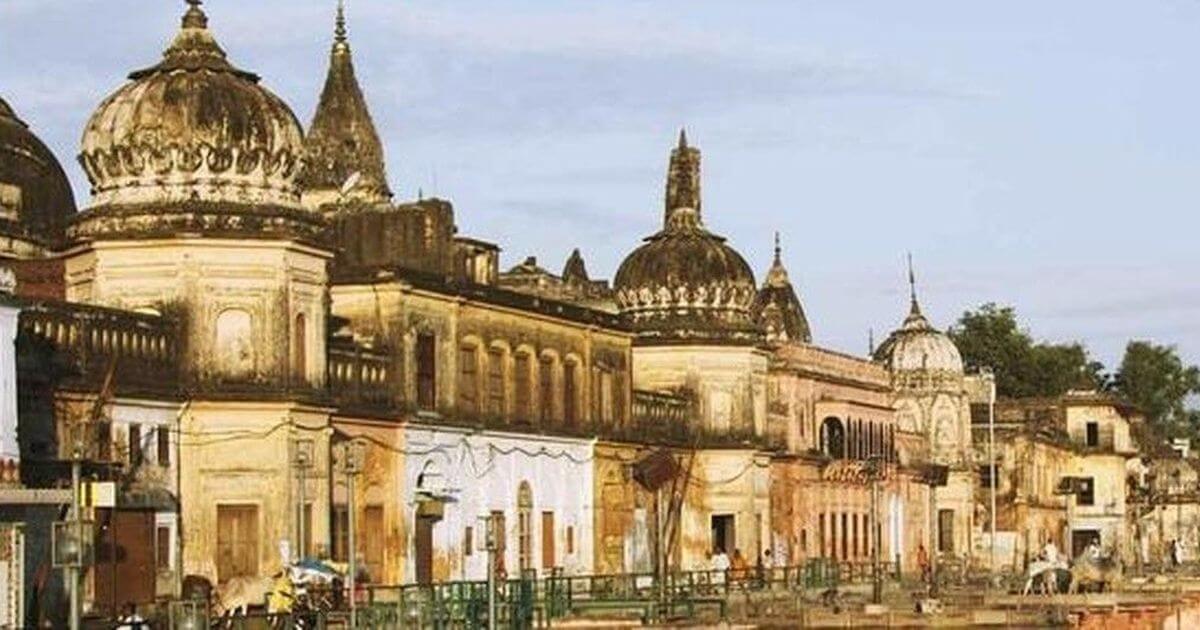 The Ram Janma Bhoomi case is one of the major legal and political rows in India. The notions of historical legality and politics are intertwined within the issue.

Now that the Supreme Court is all set to deliver the judgement any day under the leadership of Chief Justice Deepak Misra, let’s take a look at what exactly the fuss is all about.

What is Ram Janma Bhoomi Case?

Ayodhya, a town on the banks of river Saryu in the district Faizabad of Uttar Pradesh, traces its mention in the mythological Hindu text Ramayana, which claims it to be the place where the Hindu deity Ram was born during one of the four Yugas.

But during the times which lead to the formation of this case, there was a mosque at this place called the Babri Masjid.

Babri Masjid was a mosque which was allegedly constructed by Mir Baqi, on order of Mughal emperor Babur, by demolishing a pre-existing temple of Lord Ram in 1528. This mosque was named Masjid-i-Janamsthan as well as Babri Masjid.

Since it was one of the biggest mosques in area of Uttar Pradesh, before the British rule, Hindus used to worship the place from outside and Muslims used to worship it from inside. A railing was installed in between the part where Hindus and Muslims worshiped to avoid any possible conflict.

These are the basic facts after which along with around 9,000 pages of oral evidence and related archaeological facts and findings, the case was dragged to the Supreme Court, the decision of which is reserved and could be declared anytime this month.

Demolition of the Disputed Structure

In 1980s, the Vishwa Hindu Parishad started a widespread movement in order to “reclaim” the Ram Janma Bhoomi. The Ratha Yatra was initiated in order to generate support in favour of this reclamation movement.

On 6 December 1992, VHP along with its associating political parties organised a rally involving 150,000 kar sevaks at the site of the mosque. Due to the speeches, the mob grew violent in no time and stormed the mosque.

The mosque was attacked with a number of improvised tools, and brought to the ground in a few hours.

This incident occurred even when the state government had given a written commitment to the Supreme Court that the mosque would not be harmed. Subsequently, riots broke out in major Indian cities.

The legal history of the Ram Janma Bhoomi case is as interesting as the facts of the case. Though it is connected to the sentiments of both religions, Hinduism and Islam, the issue is around who gets the legitimate ownership over that land: Shree Ram Janma Bhoomi Nyas or the Sunni Waqf Board?

The case is attached to a history of violent clashes which can be traced back to 1853. The first case over this issue came into picture in the year 1885 by Mahant Raghubir Das to create a canopy around where the idol of Lord Ram was placed.

This was followed by one of the most violent clashes in 1992 whereby around 2000 people were killed owing to the nationwide Hindu-Muslim riots.

Before being appealed in the apex court, the High Court of Allahabad gave a balancing decision which provided for giving equal share of land to all the three parties.

Interestingly, the proceedings in Supreme Court commenced a day before the 25th anniversary of the demolition of Babri Majid.

The present ruling party, beyond any doubt, has vitally used this issue to side the majority Hindu population of India in its favour. It was a long and continuous effort of several years which lead BJP to benefit from the hard work it invested over this issue.

The Bhartiya Janata Party is an outcome of the Jan Sangh. This party has always identified itself with the Hindu majority.

It was the then star leader of BJP, Lal Krishna Advani who was the face of the Rath Yatra and was one of the parties to the case filed in response to the demolition of Babri Masjid which called it a criminal conspiracy.

Now, that BJP is in power and the upcoming Lok Sabha elections are scheduled to be held in 2019, the important promise of getting Ram Mandir built, which had been the driving force for Hindus towards BJP, needs to be fulfilled.

The awaited decision is going to play a decisive role in the rapport of the ruling party and would obviously show its impression in the next general elections.

All we can do is to wait for the decision to come out and pray that history does not get repeated. The decision is going to make a lasting impact over the Indian judicial, legal, political and social system.

This is one of those cases with which every class of the society connects and because the Supreme Court has taken upon itself to pronounce the final verdict, the political, as well as social actors, are looking upon it with high hopes.

Should Prisoners Have A Right To Vote?