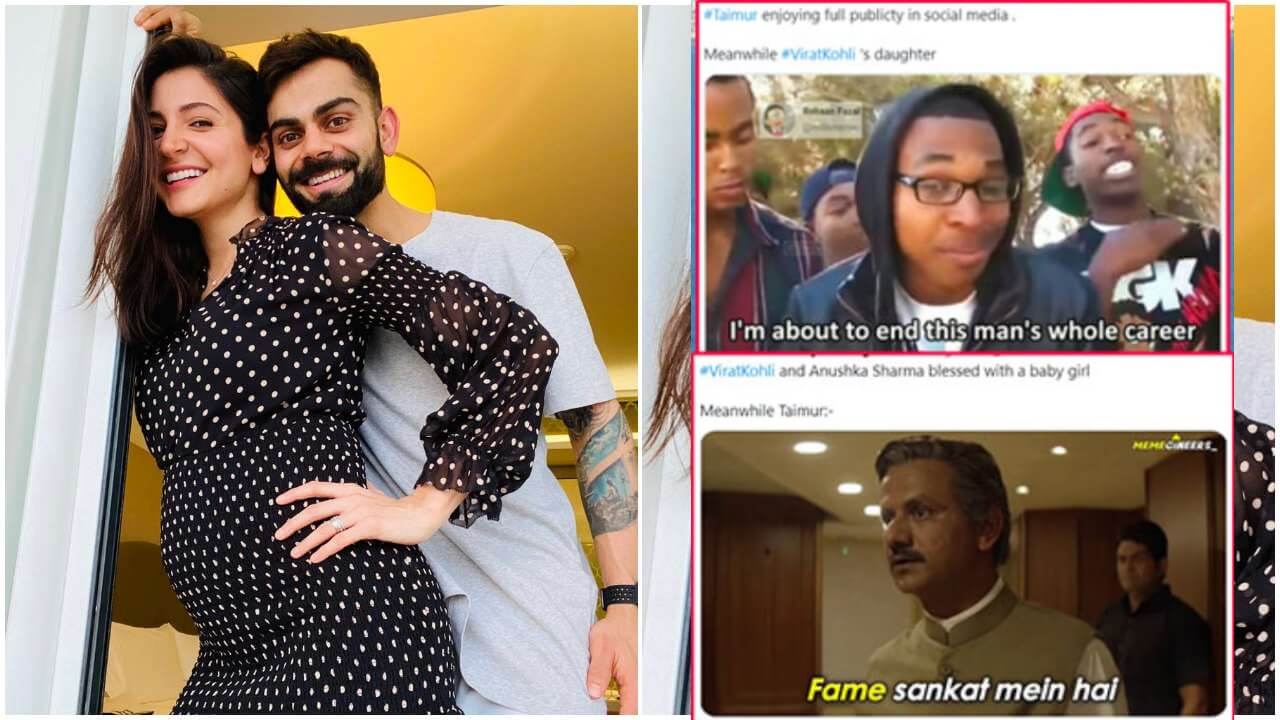 Disclaimer: The author wishes to keep their identity anonymous since after writing such a blog they would surely be unable to show their face in polite society.

So… Anushka Sharma and her cricketer husband Virat Kohli finally had their child.

On 11th January 2021, Sharma delivered a baby girl at the Breach Candy Hospital in Mumbai along with her husband.

Kohli, in a statement, relayed the happy news stating, “We are thrilled to share with you that we’ve been blessed with a baby girl this afternoon. We thank you all for your love, prayers, and good wishes. Anushka and the baby are both healthy and we are feeling beyond blessed to start this new chapter of our lives. We hope that you can respect our privacy at this time. Love, Virat (sic).”

The couple welcomed the child just a month after they celebrated their third wedding anniversary.

As with their pregnancy announcement, the birth of their child was one of the biggest topics of the day with media and people showering the parents and the child with well-wishes and congratulations.

Fans of both Anushka and Virat celebrated the good news as if it was of their own family and their peers were enthusiastic in showing their joy on social media.

As was expected, both Anushka, Virat and their couple name, Virsuhka were trending on Twitter yesterday.

Earlier, Kohli’s decision to take paternity leave and return back to Anushka who was close to delivering around the end of December 2020 had resulted in a lot of polarised opinions on it.

The fact that he flew back to India from Australia after playing the first match in the four-match Test series took many people aback.

However, this time it seems people are more concerned with how a certain celebrity child is going to be taking this news.

The celebrity kid in question is none other than the paparazzi darling, actors Saif Ali Khan and Kareena Kapoor’s son Taimur Ali Khan.

Ever since his birth, Taimur has been surrounded by the media who go gaga over even his most minuscule move.

In a funny spin, Twitteratis had a gala time wondering the condition of Taimur during all this and how his popularity will be now that the latest star child is here.

Read More: Is Celebrity Stalking & Paparazzi Good Source Of Entertainment? Our Bloggers Fight It Out: FlippED

How could Twitter let go of such a golden opportunity to make memes on an obviously hilarious topic?

I feel that as long as the jokes are on the harmless side, then it is alright, however, no one should be taking these jokes too far and affect a young child in a negative way.

Not Able To Kiss Dad, SOTY Remake And A Lot More On This Week’s Fake Friendly Fridays With Taimur