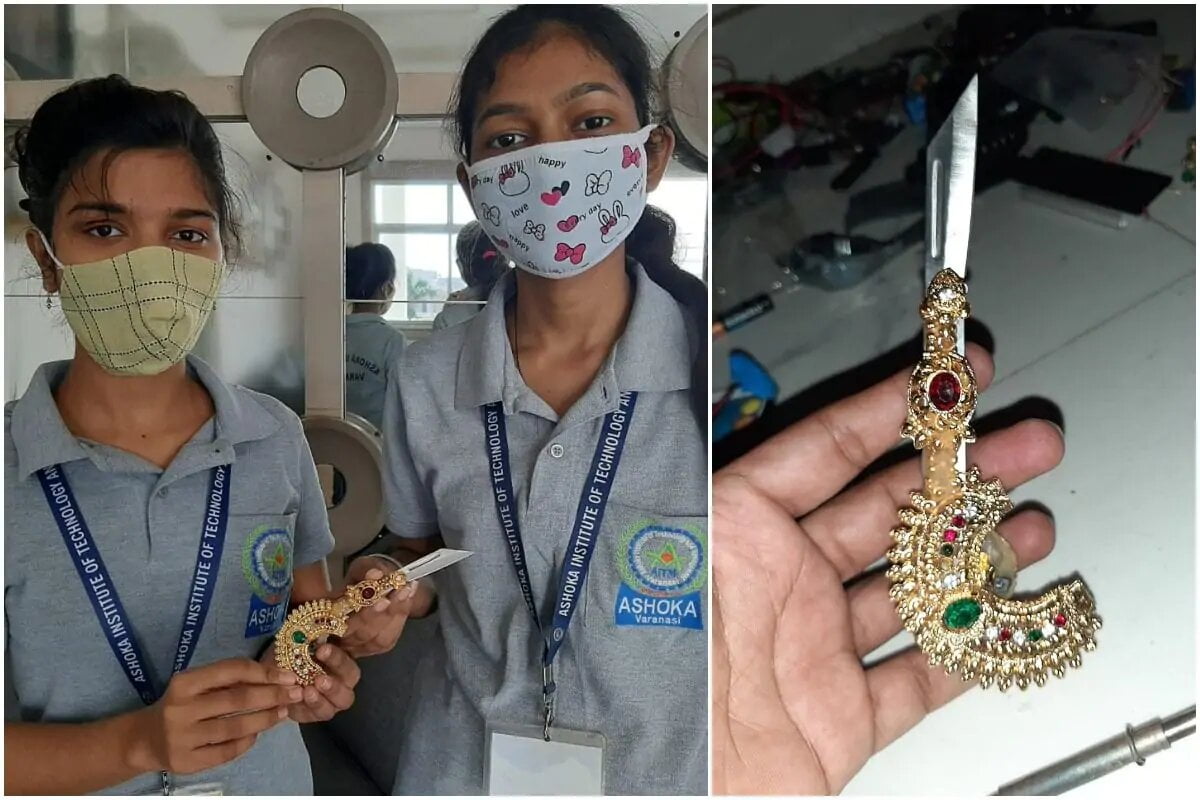 Recently, crimes against women have seen a massive hike. With the emergence of heinous cases like Hathras and Balrampur, it’s evident that no woman is safe in India.

What Is The ‘Smart Knife’?

Shalini and Diksha, students of Varanasi’s Ashoka Institute of Computer Science, have invented this “Smart Knife”. This knife not only acts as a weapon against molesters but also has a SIM card installed in it. The SIM card would alert the family members of the woman instantly.

The knife is made of steel and weighs only 70 grams. The knife is attached to a piece of large-sized jewellery thus making it a perfect disguise.

It took around one month for Shalini and Diksha to develop this unique knife. The prototype was made at an investment of Rs. 1500.

Read More: Why I Believe Our Society Is Not Designed For Women

How Does It Work?

Whenever a woman takes out the knife, a phone call with the details regarding the woman’s location goes to her family or friends immediately. The knife’s owner has to feed 3 emergency numbers into the knife beforehand.

The Smart Knife uses Bluetooth technology and radio frequency to detect the exact location of the woman.

The knife is equipped with an extremely small button that is connected to the user’s mobile phone. The connection is achieved through radio frequency.

Thus, whenever a woman is in distress, she just needs to press the tiny button to send her location details immediately.

Similarly, the sharp part of the knife can be used as self-defence until help from the police or family members reaches the distressed women.

This amazing invention by the girls has been developed under the guidance of Shyam Chaurasi who is in charge of Ashoka Institute’s research and development cell.

According to Shyam Chaurasia, “The smart knife can not only scare miscreants but also attract the attention of the people nearby and alert the police at the same time”.

This ‘Smart Knife’ is truly a piece of very useful equipment. But it should be noted that women’s protection in India requires something more than ‘Smart Knife’.

A mindset revolution and strict laws are the only things that can lead to a better and safe society for women.

Watch: 10 Most Absurd Inventions In The World

Reviews Brand Voice - October 20, 2021
October 20: When the first Bhojpuri talkie film, "Ganga Maiyya Tohe Piyari Chadhaibo '' was launched in 1963, nobody knew that the industry would become a mammoth 2000...