Home Campus FlippED: Cut-Offs Vs Entrance Exams: Our Bloggers Argue Which One Is Better 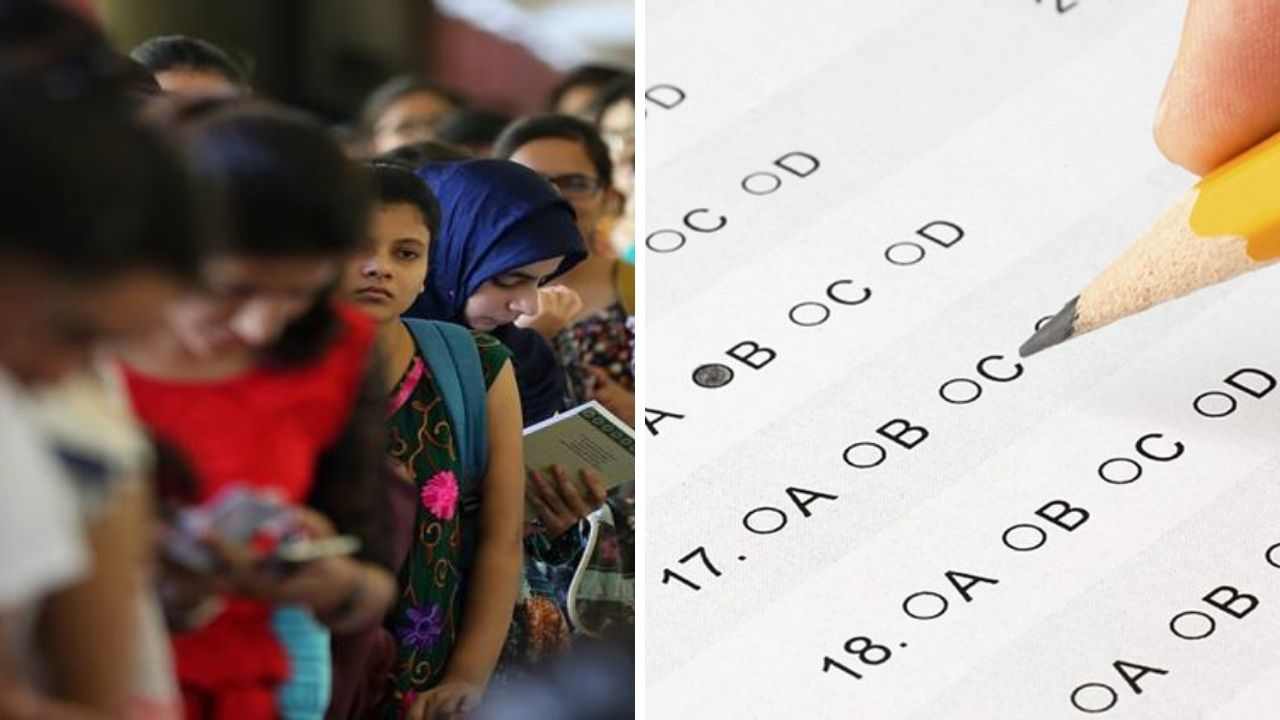 In an ideal world, everyone would be provided with access to higher education based on their skills and ambitions. There would be enough educational facilities for everyone and we’d all live happily ever after.

Unfortunately, we don’t live in such a world. Out here in the real world, we have more than a billion people to look out for and there’s generally a thousand people running after one seat.

In such a scenario, where only 8.5% of Indians are graduates, two distinct options to get into colleges of their choice are available to the millions of students who pass out from the 12th standard every year.

Let’s see what our bloggers have to say about the two most common ways of gaining entry into the world of higher education in India.

We all know the significance of cut-offs during admissions in our nation. The classic phrase ‘Sharmaji’s daughter/son scored a better cut-off than you’ from parents is all that we get after giving our blood and tears to study for the whole year.

Now imagine, your hard-earned marks in higher secondary education are not considered for college admissions and you have to compete with lakhs of students to get into your favourite college, how much stress that is going to be. 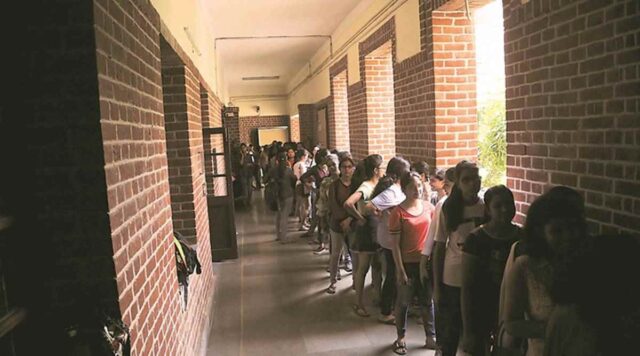 In practical terms, the cut-off score refers to the lowest possible score in an exam or any other form of test or assessment that a student must score to get into an educational institution or any other institution as such.

Delhi University released its first cut-off on World Mental Health Day, i.e. on 10th October. We all were dumbstruck as we saw a perfect 100% as a cut-off score to get into one of the most renowned colleges (Lady Shri Ram College) of Delhi University. Other colleges in the North Campus also maintained a cut-off score not less than 98.75%.

This divulged the state of the admission process in India and stated why the phrase ‘marks don’t matter’ can never prevail in this nation. But why criticize the cut-off system, when most of the loopholes are created by our own education system? 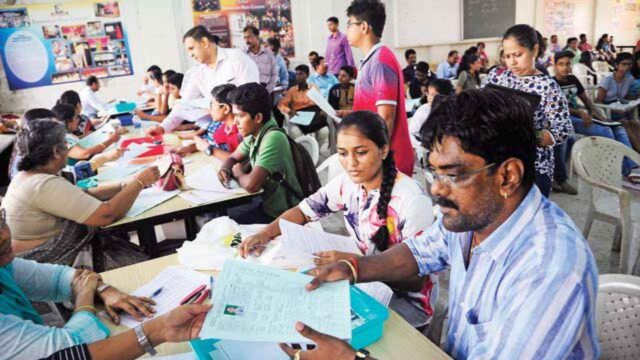 According to Hindustan Times, the number of students scoring 95% and above increased by 118.6% this year and it went up by 67.48% for those scoring 90% and above. More marks are given by the board and less number of college seats resulted in soaring cut-offs.

A total of 5500 DU aspirants (2512 girls and 2988 boys) have obtained a perfect score of 100% in the ‘best of four subjects’. Even with a declaration of the first cut-off as 100%, Lady Shri Ram College may still have more applicants than they could accommodate.

Here are a few reasons why I believe the cut-off system is better than the entrance examination.

The entrance examination system won’t eradicate a minimum cut-off score from the higher secondary examination, you still have to score beyond a certain limit to sit for the entrance examination. This will only increase your burden with an expanded syllabus and an extended period of preparation to get through both of the criteria. 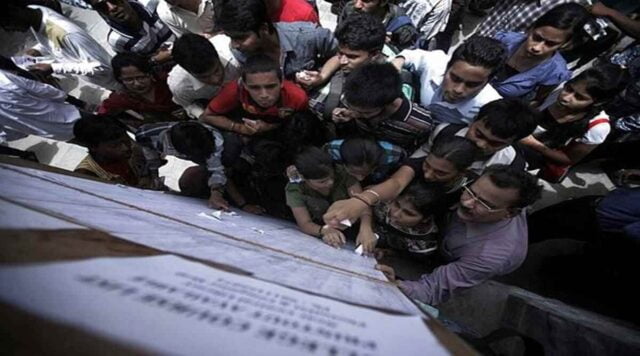 It Could Also Get Demotivating

After rigorously studying for many months and scoring a good percentage, preparing for an entrance exam with the same tenacity seems burdensome and exhausting.

Also Read: St. Stephen’s Cut-Off Is Impossible This Time; What To Expect Of Other DU Colleges?

You Get Equal Opportunity

Most of us are registered with CBSE and ICSE Boards which make sure that all the students get evaluated in the exams impartially. However, other state boards have different criteria to evaluate their students which increases biases among state board and CBSE/ICSE board students.

The Delhi government is aware of this issue and has passed a resolution for 85% reservation in admissions for Delhi students in government-funded Delhi University colleges.

European countries like Finland have a great education system where only one standardized test is administered at most, and they’d rather opt for a hand-on, non-competitive approach towards learning.

However, Finland, unlike India, doesn’t have more than a billion people to cater to. And let’s not forget to mention that 22% of those people live below the poverty line. 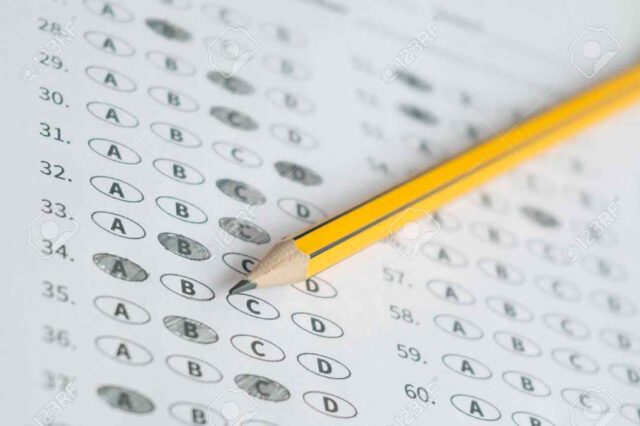 For such a country, it is not feasible to switch to a holistic admission process or stick to cutoffs that reach the 100% mark (even worse, hundreds of students are actually eligible for admission at that sky-high percentage).

Such processes sideline thousands of students who deserve a chance to study in top institutions, so, here’s why I think entrance exams are the way forward for a country like India.

There Is No Luck Involved

While the odds are very much not in one’s favour, the huge numbers tell us that a large number of people who register for exams don’t even show up for it, with many more appearing just for the heck of it. 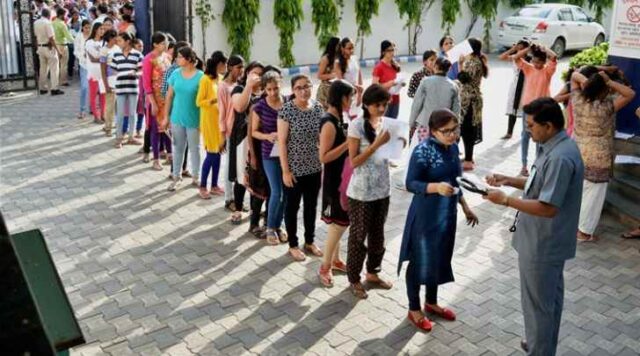 So the scary number of opponents to beat out gets significantly lower. It is one’s hard work and consistent study of the vast syllabus of an entrance exam that gives them one an edge, not just dumb luck.

For a country like India, it is simply statistically impossible to provide college admissions to every student based on cutoffs that close after a first list that has a 99%+ requirement for popular courses.

Moreover, these cutoffs are based on school-leaving exams that are largely memory-based tests that do not really test your critical thinking skills. Entrance exams, on the other hand, are generally MCQ-based and test your memory, speed, problem-solving and analytical skills. 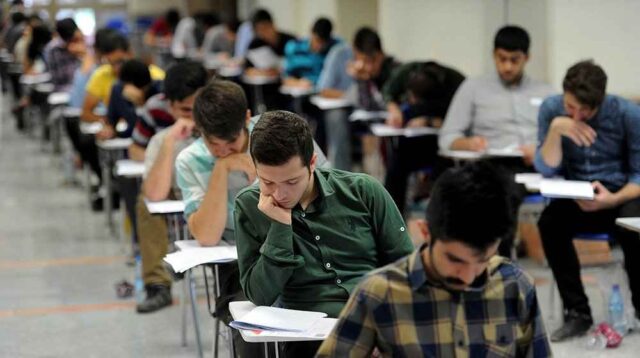 India simply has no choice but to stick to entrance exams to vet out students who truly want to study a particular subject over those who were just going with the flow.

Entrance exams give people a chance to be evaluated on the basis of specific subjects relevant to the course they want to study rather than throwing questions about every subject that exists at your face. Your scores in English literature won’t affect your chances to get into a course to study physics and vice-versa.

While entrance exams are subject-specific, they also test your critical thinking skills by asking inventive questions that don’t just test how great your memory is. 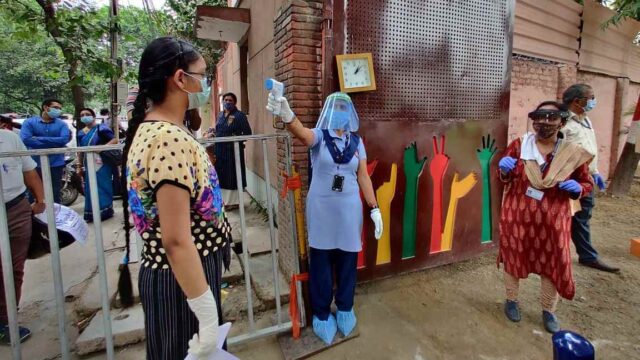 It’s great if you know what the atomic weight of a certain molecule is but its even better if you are able to answer questions that test your understanding rather than your ability to sear some facts into your brain in the weeks leading up to the exams, only for all those facts to be forgotten the moment you exit the exam hall.

This post is tagged under: debate, neet 2020, JEE Mains 2020, entrance exams versus cutoffs, culture of entrance exams in India, cutoffs of du, college admissions India, Are entrance exams really necessary, Why should I prepare for entrance exams, Delhi university 100% cutoffs, Why are cutoffs so high