It is that time of the year again! I am talking about DU admissions. It is when students wait anxiously for the cut-offs to be released and hope day and night to secure a seat in their desired course and college.

The prayers and offerings to God increase exponentially. However, it seemed like none of that worked out for the aspirants of St. Stephen’s College.

It is no news that the time of admissions is extremely stressful for students and parents alike. However, considering the ongoing pandemic, one would have expected colleges to be a little lenient this year in releasing the cut-offs.

But then yesterday, the first cut-off was released by St. Stephen’s College. Being a college graduate, I was both shocked and amused by seeing skyrocketing high percentages for different courses.

B.A. Economics witnessed the highest cut-off with 99.25% for commerce students. English, history, and B.A. Programme did not lag either.

The cut-off for science courses was still low, yet higher than that of previous years. The same applies to Sanskrit. In fact, the spike in B.A. Sanskrit cut-off is the highest of all.

Expected Trend For Other Colleges

St. Stephen’s, which always releases its cut-off first, sets the trend for every other DU college every year. With such high percentages of St. Stephen’s College, the trend is expected to be followed by other colleges as well.

A DU official indicated that the cut-off would be released after 12th October. However, nothing can be confirmed until the UGC (University Grants Commission) releases its academic calendar. It is expected to come out this week.

Stephen’s also holds a written test and an interview, whereas cut-off remains the only criterion for other DU colleges. Bearing this in mind, other colleges are expected to follow the path of Stephen’s and keep their cut-offs high.

The high cut-off is a resultant of more number of students scoring 95%+ in the board examinations. This year, 3.24% of students scored more than 95%, whereas last year it was only 1.47%.

The number of applications for admission in DU also saw a significant spike this year – almost 1 lakh more registrations. This year the number of registrations was 3,53,717 as opposed to 2.58 lakhs last year.

This statement is also indicative of the fact that the cut-off percentages will be higher this year.

The students were disheartened by seeing such high percentages, especially those who worked hard and scored 95+. They had high hopes regarding admissions, all shattered by Stephen’s. 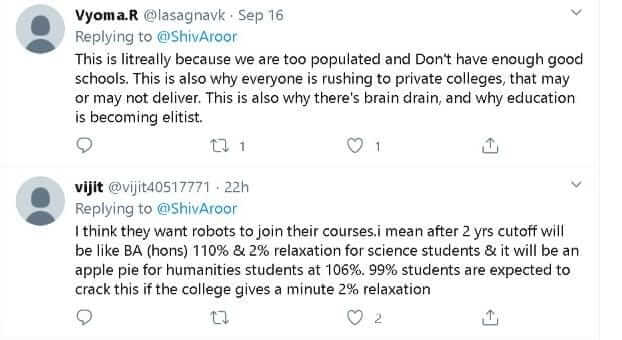 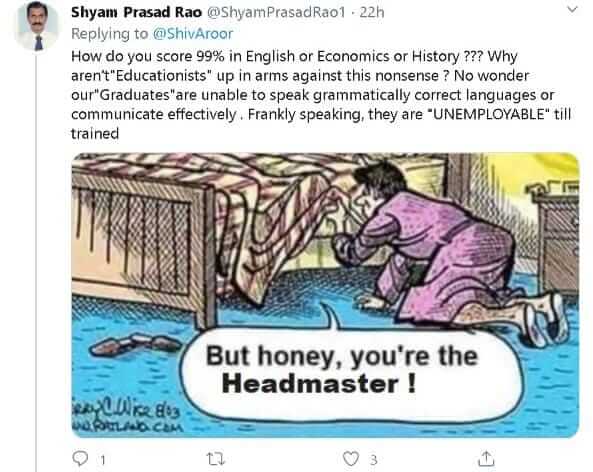 Clearly, it has not gone down well with the students who find our rotten education system responsible for the same. Let’s see if other DU colleges bring positive news for students or add on to more stress.

This post is tagged under: high cut-off, St. Stephen’s College, north campus college, CBSE results, cut-off for DU colleges 2020, expected cut-off trend, when will DU cutoff be released, which college can i get admission to if I score above 95, why does DU cutoff go so high, DU cutoffs 2020, 2021, cut off expectations, how much is DU cutoff latest, this year