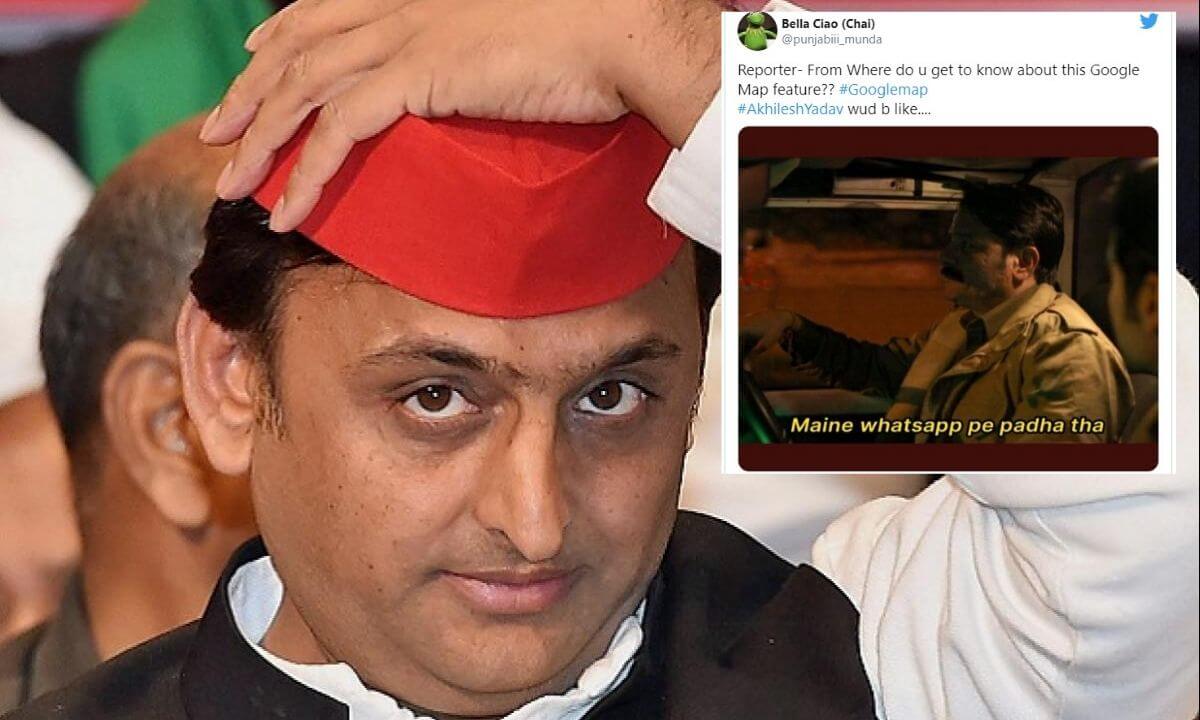 Indian politicians are not known for being very eloquent. Most of them are either trying to scream and push their propaganda or when forced to speak out on important social issues, they go ahead and make some of the most bizarre statements ever.

How can we ever forget the politician who stated that chowmein was the cause of rapes in India and not entitled men unable to understand a woman’s consent?

Or when a politician dismissed rapes in India saying that boys will be boys and we should ‘forgive‘ their mistakes.

Rahul Gandhi himself has been caught making several gaffes that have eventually lead to several nicknames being made around him.

Although not on these level, Akhilesh Yadav has also joined this category when a clip recently surfaced of him getting confused between CCTV footage and Google maps.

Akhilesh Yadav, who is currently the Samajwadi Party leader, appeared in an online interview for the ‘The Quint‘ publication.

There he was seen speaking on the recent encounter of gangster Vikas Dubey and the various discrepancies surrounding it.

Dubey, a wanted criminal who was on the run from the police, had surrendered himself last week in Madhya Pradesh. However, while he was being transferred from there to Uttar Pradesh’s Kanpur there seemed to be some accident.

In the commotion around this, police reports state that Dubey managed to get himself a gun and tried to run away. He was eventually killed when he allegedly refused to give himself up to police custody.

In the clip going viral now, the former UP Chief Minister is seen saying that, “…aur dusra aaj Google Map hai, agar hum Google Map se dekhe ki aakhirkar wo barricading kab huyi, car kaise palti…(and second we have Google Maps today. If we look through Google Maps we can find out when exactly did the barricading happen and how the car overturned)”

You watch the video here and the clip in question comes around the 6-minute mark. 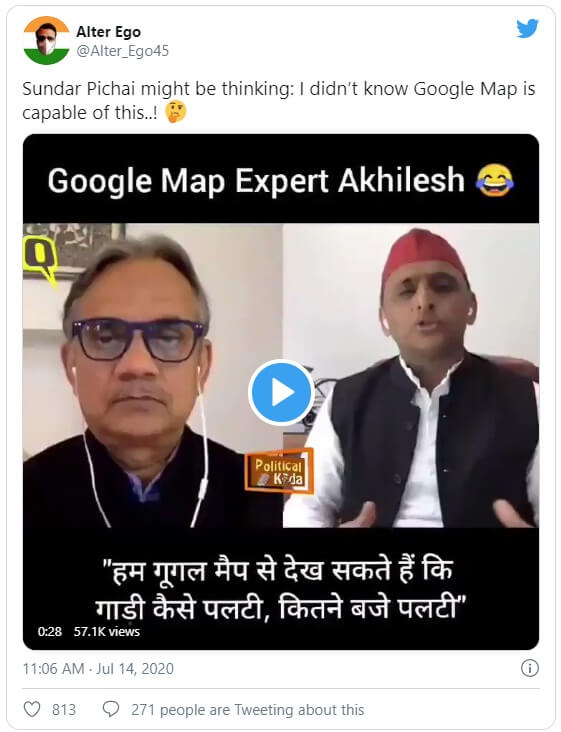 It seems Akhilesh Yadav has confused Google Maps with something like CCTV footage or even Google satellite imaging when he insinuated that using satellite technology one can easily track such things.

Google Maps cannot really track all these things as it is only primarily for people to find locations.

This mistake though was picked up quickly online and the phrase ‘Google Maps’ ended up trending on Indian Twitter with almost 12,000 tweets to it. 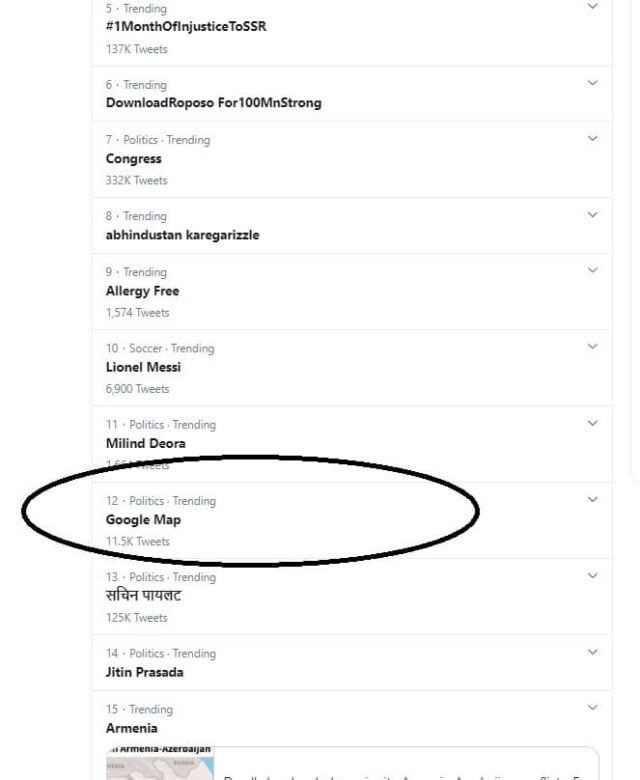 Here are some of the ways that Twitter roasted Yadav for his gaffe: 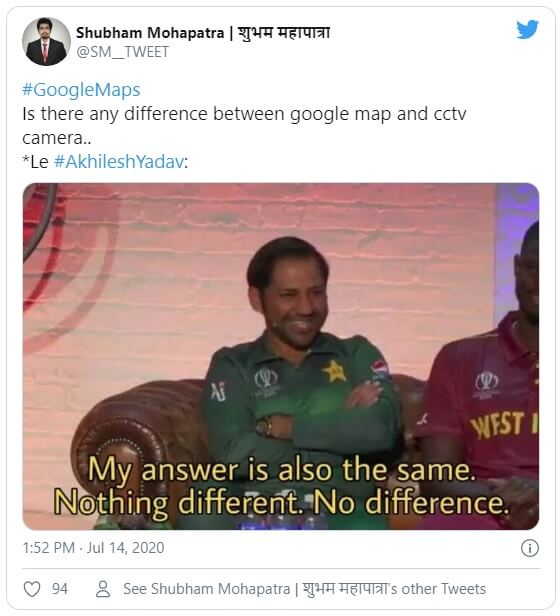 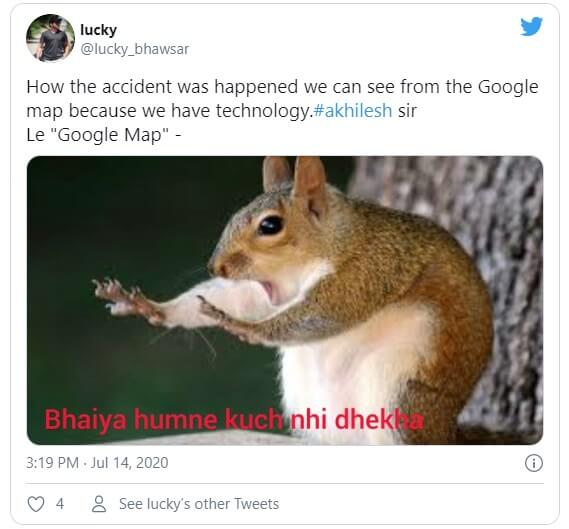 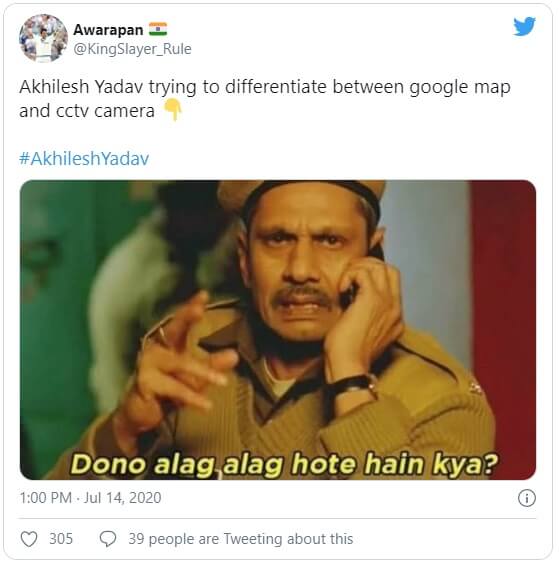 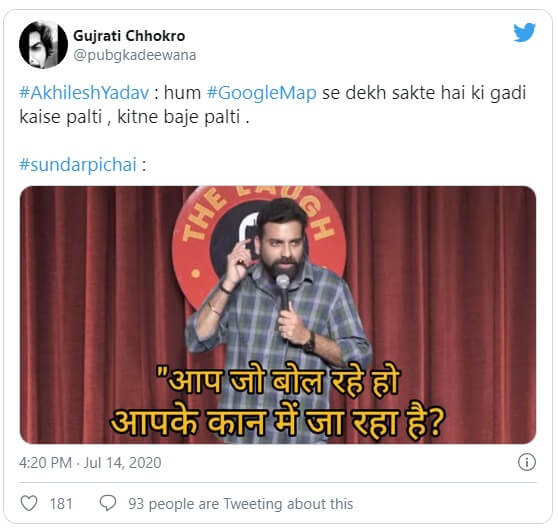 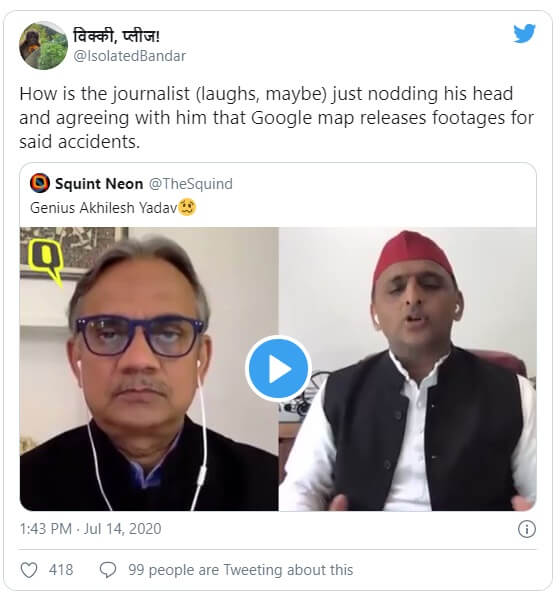 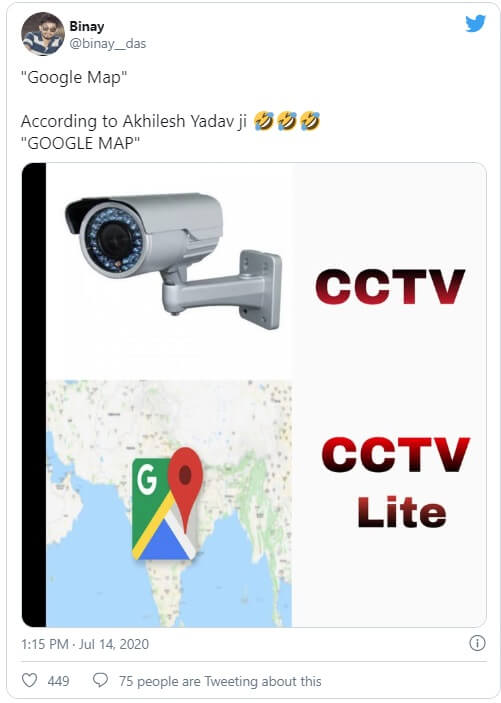 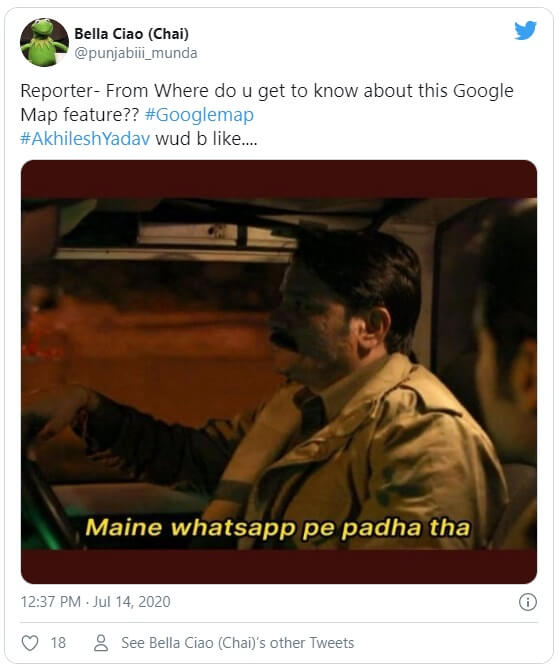 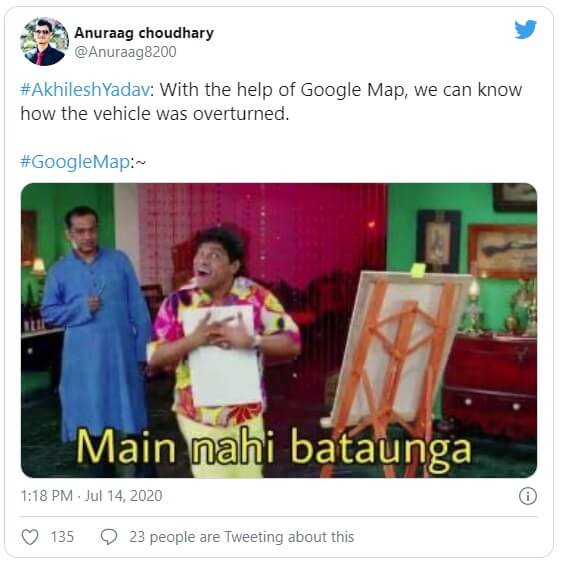 To be honest, though, this is certainly a funnier mistake by a politician instead of an insulting one.