You probably have a Nokia phone in a corner of a drawer somewhere in your house.

In the 2000s, Nokia phones were all the rage, the iconic Nokia tune could be heard everywhere. You know, the one with two hands holding each other as NOKIA was displayed in large fonts on a small screen. 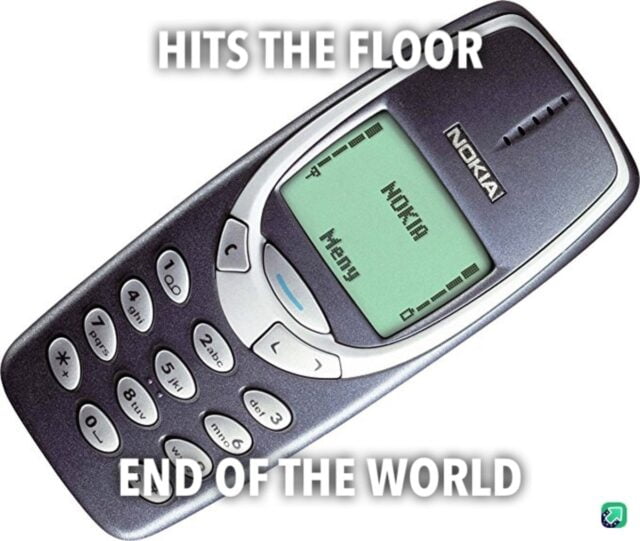 So, how is it that a company that made some of the biggest selling phones in history has now become near-obsolete? How is it that Nokia went from a nearly 50% global market share to hovering about a 1% share in recent years?

The company began as a humble paper mill in Finland in 1865, eventually expanding into the electricity business. Back then, it was called Nokia Ab in Swedish (Nokia Company in English)

After the company’s merger with the Finnish Rubber Works and Finnish Cable Works in 1967, the Nokia Corporation came into existence, working in a variety of markets- cable, electronics, rubber and paper.

Nokia made its foray into telecommunications by making military equipment, eventually manufacturing a wide variety of products like typewriters, minicomputers, gas masks, chemicals and even became one of the largest television manufacturers in Europe in the 1980s.

In 1982, Nokia made its first mobile phone- a car phone, which weighed roughly 5 kg. 5 years later, they launched the Mobira Cityman 900, one of the world’s first handheld phone, weighing a whopping 760g ( for comparison, the iPhone 11 weighs 188g)

Also Read: Nokia Phones, Cassettes And The Walkman: Technology As A 90s Kid Is Everything Nostalgic

Nokia Takes Over The World

By the 90s, Nokia had shifted into becoming a telecom-based company, placing a bet on the future of mobile phones and disinvesting from other industries.

And that bet paid off. In 1999, the world said hello to Nokia 3210, which became wildly successful and is one of the bestselling phones in the world.

Nokia continued its winning streak with the Nokia 3310, 6600 and of course, 1100, which continues to be the best selling mobile phone of all time, with more than 1.2 billion units sold worldwide.

Nokia had the lion’s share of the global mobile phone market for many years, with a 49.4% share at its peak in 2007.

In 2007, the iPhone shook the mobile phone industry to its core. Touchscreen mobiles became all the rage.

Nokia launched its own smartphones in 2008, but it simply wasn’t able to match the user experience of the iPhones.

The company resisted the touchscreen revolution and the focus on software that was happening in the late 2000s. Nokia continued a focus on hardware, choosing not to focus on developing software more seriously.

These decisions would cost the company in the years to come.

The Fall Of A Legacy

The inability to compete with iPhones wasn’t the only reason Nokia went downhill.

Even before 2007, the executives at Nokia had become focused on upholding the brand image rather than encouraging innovation.

Multiple restructuring attempts along with executives trying to hold on to power resulted in a company that didn’t adapt to a changing market. Moreover, from 2011, Nokia made phones with the Windows Operating system, deliberately deciding not to run on Android.

Android now powers 74.6% of all smartphones.

In 2014, Nokia Corporation sold off its mobile phone business to Microsoft in a $7.2 billion deal.

The Nokia brand’s share in the smartphone market was a measly 1.7% in 2019 in India. Despite its saddening downfall, there is no doubt that Nokia has etched itself in mobile phone history and our nostalgic hearts.