HomeFinanceTo Do Or Not To Do
Finance

To Do Or Not To Do 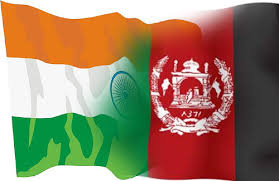 2014 is the year to watch out for, not only will it see the most landmark Lok Sabha elections of our times, it will also see India changing in ways in which we had never manifested. Amidst the hue and cry around corruption, economic policy and Honey Singh, what is lying unnoticed is India’s manoeuvre in Afghanistan.

A quick Google entry will show us that bilateral trade relations between India and Afghanistan have always been strong and friendly (part from certain glitches which occurred due to terrorism). While India helped overthrow the Taliban, it is also the largest regional provider of humanitarian and reconstruction aid to the latter. So if everything is so smooth, what is the need to focus on this issue? It is so because during 2014 the logistics in Afghanistan are going to change dramatically with the US troops withdrawing from the nation,  from a peak of 101,000 in 2011 to about 20,000 by 2014-end. So, understandably there is a growing anxiousness among foreign investors as to what will happen to the investments (made by them) when the security issues are handled by Afghans themselves.

This is where India comes in. India’s current Strategic Partnership Agreement with Afghanistan is restricted to sale of weapons, training, logistics and infrastructural support. This is in addition to substantial civilian assistance. The 2 billion dollar investment might seem small when measured against the investments of other countries, but it will keep on increasing exponentially. So the prospect of assuming a greater role in the country will arise, which means that if India sends its troops to Afghanistan, it will expand the formers power projection beyond the country and into Central Asia. Another argument for this can be the elimination of jihadi elements at the source and avoiding extreme terrorism in Kashmir.

However many claim that if India sends its troops to Afghanistan, it will be a foreign policy blunder. Since Afghanistan is resource rich country, the US will not lose it’s grip over the nation irrespective of the number of troops in the country and if India tries to expand and assert its influence over Afghanistan, it will lead to a clash between US and India. India cannot afford such clashes with the only superpower remaining in the world (not right now at least). With the fiscal pressure mounting and the economy already dwindling, India cannot spend so much on rebuilding Afghanistan.

Given the status of the country it will be interesting to see what course the newly formed government takes and how it impacts the ties of the two countries.