HomeSportsThis Is The Reason Why Neymar Left Barca For PSG
Sports

This Is The Reason Why Neymar Left Barca For PSG

There is nothing wrong in putting your own ambitions above the team and Neymar has exactly done the same. It is high time he wins the Ballon d'Or.

The transfer of Neymar from Barca to PSG is the hot topic of the footballing world and rightly so. It will be the most expensive transfer ever. Is Neymar worth the price tag?

Is the decision justified to go to PSG? YES.

Becoming A Shadow Of The Famous Trio

Playing on the left flank, he was tasked with creating chances for Messi and Suarez, who combined to score 66 goals. He himself had scored just a mere 13 goals. His role at the national team is a lot different where he is the main forward and does the bulk of the scoring.

Needless to say, at PSG, he will be the star player to look out for and be the marquee player of Ligue 1. All the other key players like Cavani, Pastore, Lucas Moura will play around him and contrary to the situation at Barca, they will be tasked with creating opportunities for the Brazilian Maniac.

A Sky source reports, Neymar has become frustrated at “playing second fiddle” to Messi, telling Sky Sports News: “At the age of 25, he thinks it is his time to win the Ballon d’Or.”

The above statement succinctly explains the main reason behind Neymar’s transfer to Paris. At Barca, the players pass the ball to Messi and wait for him to create a moment of magic. No one can dethrone Messi from that exalted place and Neymar has accepted it and decided to move on. Neymar has the capability to play the role that Messi plays. It was evident from the match against PSG in the Champions League when Neymar scored two, won a penalty and picked the pass for Sergi Roberto’s remarkable late goal in the 6-1 win.

In the words of Steven Gerrard,

“ It was one of the best Individual performance ever.”

It is not wrong to put personal ambitions over anything else. He is not going to win the highest individual trophies if he’s not the best player on his own team.

Also read: The Top 5 Transfer Coups Of All Time (Video)

There is a huge difference between the current scenario and the Luis Figo one. In the Figo case, there was a hidden pre-contract with Perez who was fighting for the presidency then. If Perez would have become the president (which he eventually did), Figo would have gone to Madrid. Everything happened behind the scenes. It was a move for the sole purpose of money and not personal ambition.

In the case of Neymar, everything has been transparent and the reason is quite obvious.

This club has so much ambition,” said Julian Draxler, after his big-money arrival from Wolfsburg in the previous transfer window.

“They want to win the Champions League with all their might and they do everything to achieve that: new players, a new training ground.”

After the humiliating defeat against Barca and losing Ibra, PSG needed to roll the dice in their favor and they have done so rightly by buying Neymar. I’m not saying that Barca isn’t an ambitious club. Barca is probably the best club in the world after United. The problem lies in their ambition. Failed signings and over-dependence on Messi are some factors which have taken Barca to a new low.

Going To PSG might just be the best thing to happen to Neymar at this point of time in his life.

What Will Happen If Neymar Were To Leave Barca For PSG?

Facebook
Twitter
Pinterest
WhatsApp
Previous articleStop Leaking Game Of Thrones For F**k’s Sake; We Don’t Need Hackers And Their Pseudo Cyber Rebellion
Next articleThese Horror Interview Stories Might Just Put You Off From Ever Taking An Interview 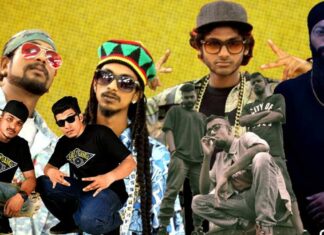