Home ED Originals The Most Expensive Biryani Of The World Has Gold On It And... 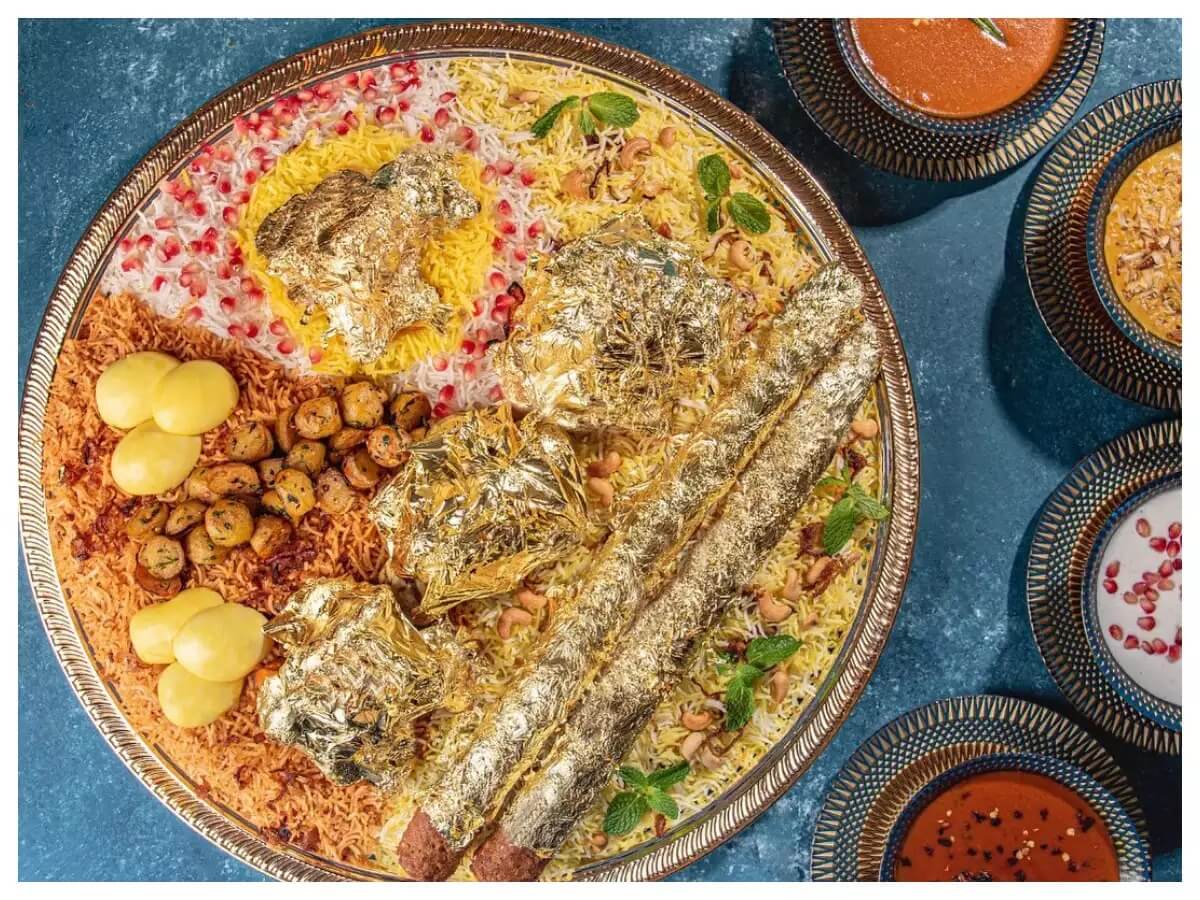 Food is an ever-changing area, where there are literally no rules to how you make it.

In the past few years, we have seen a plethora of unique and interesting food creations being invented like cronut, or croffle and more. As with everything, there is also the ‘luxury’ side to food.

This deals with making a food dish as opulent and rich as it can get, with gold laid ice-cream, a $12,000 pizza in Italy, a pizza with 24-carat gold leaves as topping and more.

Now we have a new addition to this with the gold biryani that has reportedly been called the most expensive biryani in the world.

What Is This Gold Biryani?

Biryani in itself is a pretty rich and luxurious dish, with it mostly being made for special events and festivals in India and other places. 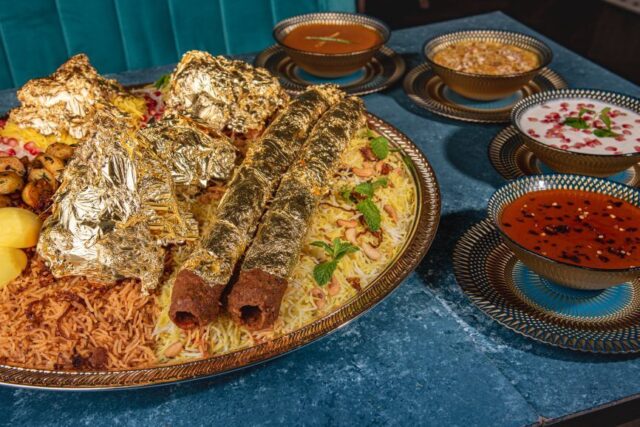 The ingredients it uses are not cheap and in order to truly do justice to the dish, enough time and effort must be spent on making it right. 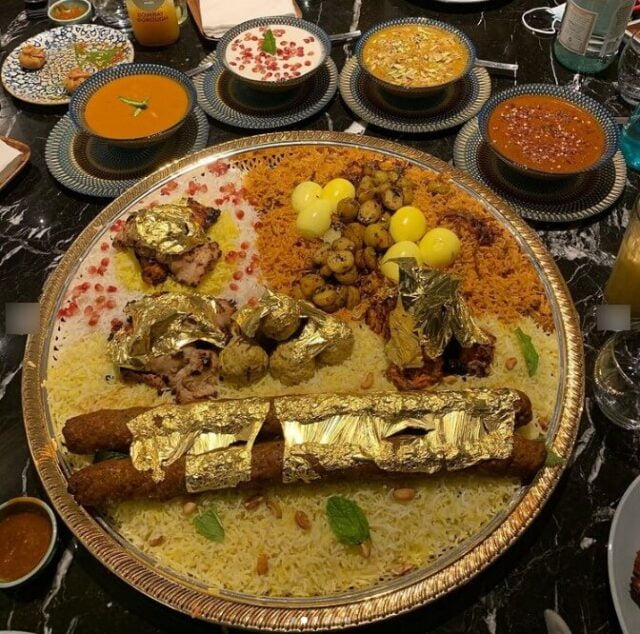 However, an Indian restaurant in Dubai, Bombay Borough, has managed to take it a step further and create one of the most expensive versions of Biryani in the world. 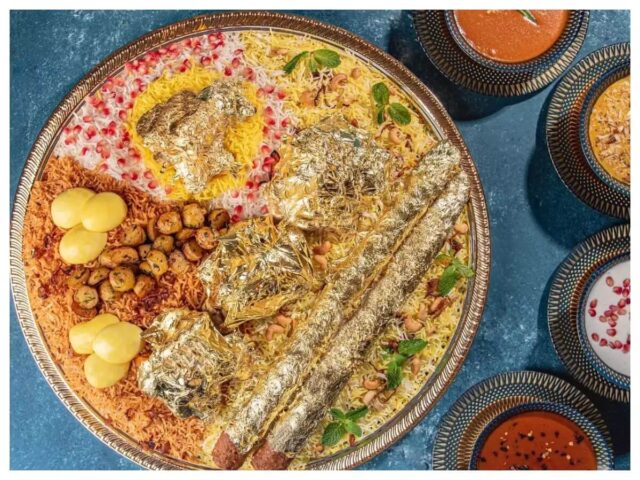 Called the Royal Gold Biryani it costs about 1,000 dirhams which comes around in Indian currency to around Rs. 19,705.85 for a single plate of biryani.

This gold biryani takes around 45 minutes to be prepared and weighs a whopping 3 kgs. 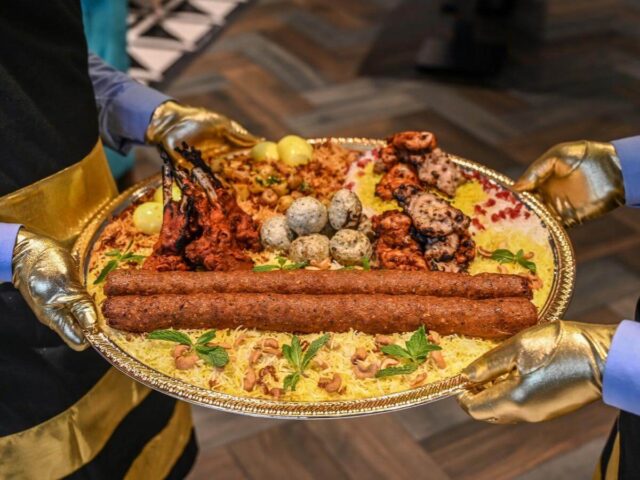 Read More: Bihar Is Growing A Crop That Has Market Value Of About Rs. 82,000 Per Kg

The biryani itself is served on a large golden plate and is decorated with edible 23-carat gold leaves.

There are three versions of this biryani them being Chicken Biryani Rice, Keema Rice, and White and Saffron rice, all of which are topped with baby potatoes and boiled eggs. 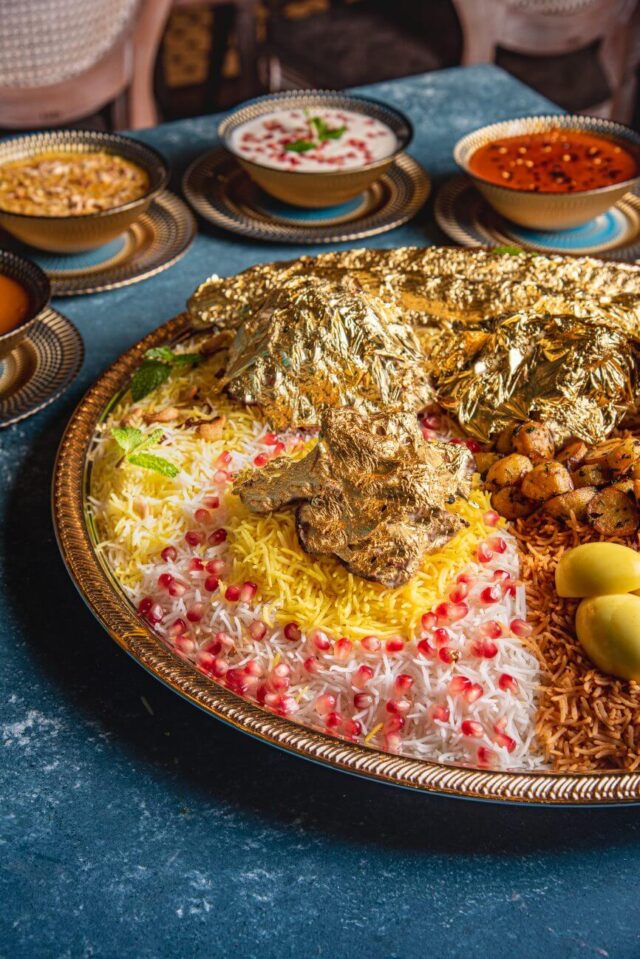 Apart from this, there are also Lamb Chops and Lamb Seekh Kebab, in the dish all of which are covered with edible gold leaves. 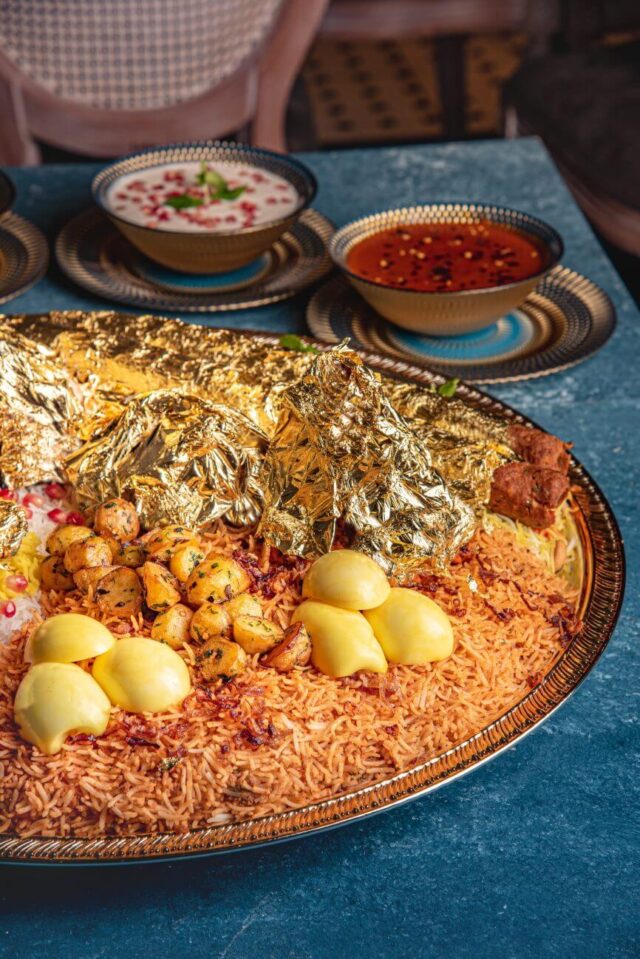 As if the main platter wasn’t enough there are also three side dishes accompanying it including Nihari Salan, Jodhpuri Salan, Badami sauce topped with almond and Pomegranate Raita.

Let us know in the comments below if this is a biryani worth spending almost Rs. 20,000 over.