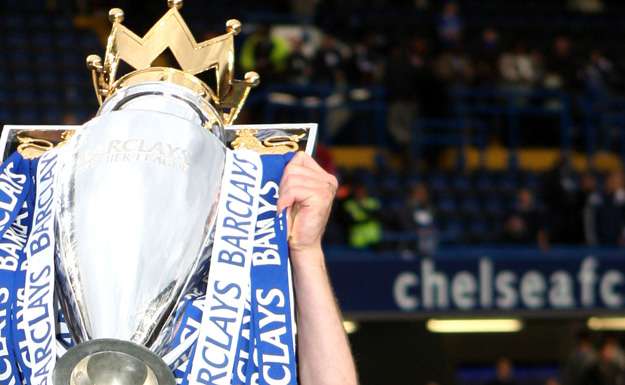 With just a handful of matches left, Chelsea is on the cusp of an amazing Premier League Title success. With the disastrous season that they had last year and on top of that employing an unproven and untested  Premier league  Manager, they were supposed to be in for a rude shock.

Conte’s men have defied the odds to hold their own in the top position while the other so called Marquee managers like Mourinho,  Klopp, and Guardiola is fighting for a Top 4 finish.

Tottenham can still inflict some damage to the Blues and snatch away the coveted prize but it feels like a long shot. Last season,  Hazard had scored a beauty to help Leicester lift the crown at the expense of their London Enemies. Will Manchester United spoil the party for Chelsea when the Blues clash against the misfiring Reds at Old Trafford?

Before speculating about the future, let us look back upon the greatest slip-up in the title race and it’s not about Liverpool.

If not for Kevin Keegan’s overtly attacking instincts, Newcastle would have won the Premier League title in 1995-96, the season in which they famously blew a 12-point lead and United peeped them to be the winners.

Jamie Redknapp  calls them the,

“ Best team to not lift the title”

Sky Sports was new to the picture and christened Kevin Keegan’s attacking side,“The Entertainers”, “ The neutral’s favorite”.  Even supporters of other London Clubs would say that they would pay to watch them play every weekend. In 1992/93, the Magpies won promotion to the Premier League and the following season, to everyone’s surprise, they finished third in the top flight.

By New year’s eve of 1996, Newcastle had a 12 point lead at the top of the table and a first league trophy in almost 70 years looked on the horizon.

Newcastle struggled in the first few months of the new year while United was relentless in their  1-0 wins courtesy of Cantona who had come back after serving his 8-month ban for the Kung fu kick on a spectator. Game of the PL Era

On April 3, 1996, Newcastle fumbled against Liverpool at Anfield (4-3) which has been dubbed as the greatest  Premier league match ever.  They squandered their hopes of the title in that match.

United went on to win the third title of their current tally of 13 while Newcastle is still hunting for one in the new PL era.

The most memorable quote

In a season with more of upsides than downs,  Kevin Keegan’s famous “I would love it if we beat them” outburst is the best thing to have come out of that spectacular season.

Keegan resigned a few months going into the next season but not before masterminding a 5-0 victory over Ferguson’s team, a performance that might very well be described as The Entertainers’ Swansong.

Will we see a repeat of the history in this year’s title or will the title be done and dusted in the match between United and Chelsea?

You must also read:

The Gerrard’s vs Chinese Super League: Money Has Changed The Landscape Of Football